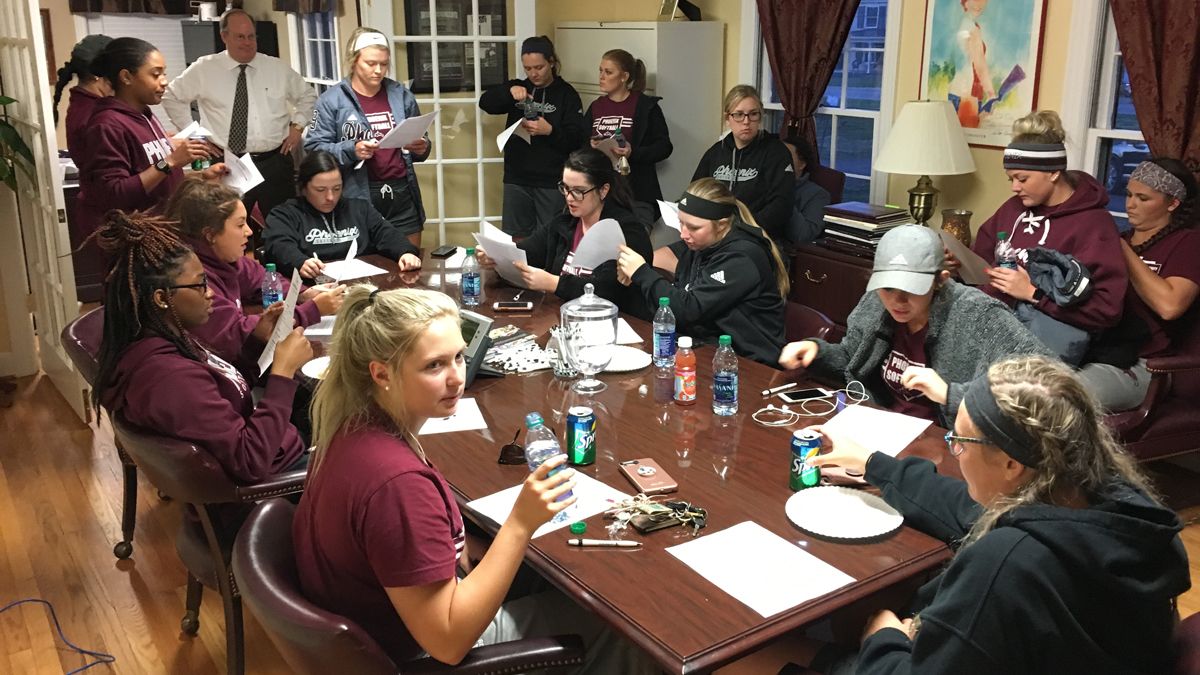 Softball (above) and wrestling (below) teams both participated in Phone-A-Thons as part of the 500K Athletics Investment Campaign in the last month. 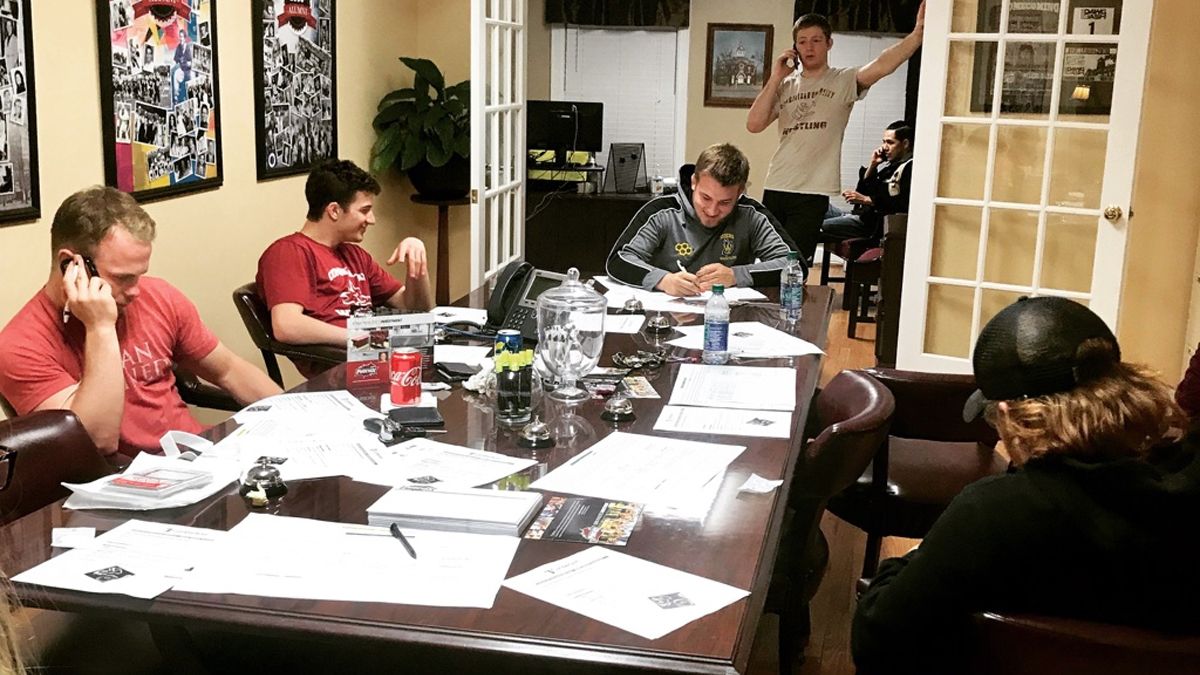 LEBANON, Tenn. – With 50 days remaining before the May 23 deadline, Cumberland University sits a little over halfway to its goal in the 500K Athletics Investment Campaign launched almost two months ago by the University.

Cumberland has raised $260,000 in donations and pledges from former student-athletes, alumni and friends of the University in the first-ever campaign for athletics.

“The outpouring of donations from alumni and former student-athletes has been tremendous,” said Mark Riggins, Cumberland Board of Trust member and along with Wayne Starks, another member of the CU Board of Trust, the leader of the 500K Athletics Investment Campaign.

“Coaches and student-athletes have reached out to former teammates and members of the athletic program through many different avenues, asking for support for the varied projects in the department,” Riggins said.

Cumberland Director of Athletics Ron Pavan echoed the comments from Riggins heading into the home stretch of the campaign.

“The coaches and student-athletes deserve a lot of the credit, taking time to formulate and execute a plan, educating alumni and teammates about the needs of the department as the University continues to grow. There has been tremendous positive feedback from everyone involved in the process thus far,” Pavan said.

Information about the 500K Athletics Investment Campaign as well as updated to the campaign may be found at http://www.cumberland.edu/500kinvestment. Interested parties may also contact the Office of Advancement at 615-547-1269.