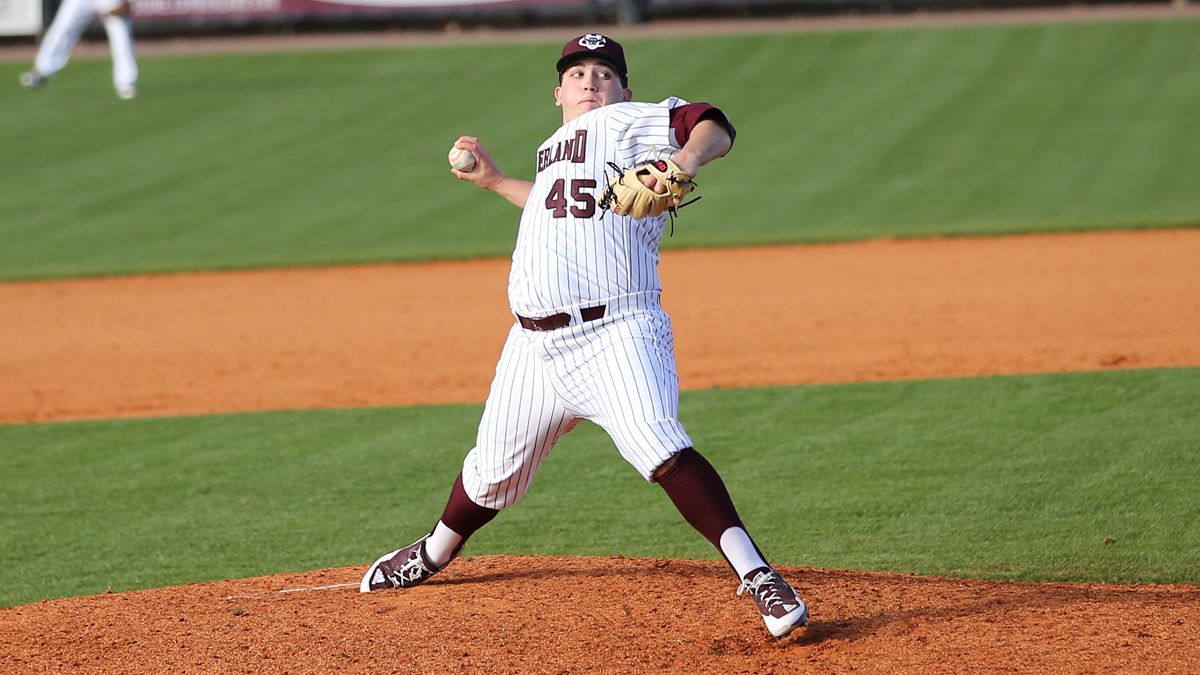 Curtis Hoppe allowed one run on five hits in seven innings in a 4-1 victory at Georgetown to garner MSC Pitcher of the Week honors. (Credit Bob Tamboli)
Related Links

The Mt. Juliet, Tenn., native retired the side in order in the third and fifth innings and allowed one baserunner in the second, fourth and sixth, but only one of those runners reached second base. He gave up a single and a walk in the first inning but struck out Jake Purkins to end that frame.

Cumberland led the contest 1-0 heading to the seventh before scoring three times in the top of the inning. Georgetown plated its only run of the contest in the bottom of the seventh, but Hoppe got a groundout and a lineout to end the contest before the Tigers could get the tying run to the plate. He threw just 73 pitches in the victory.

Cumberland plays at 10th-ranked Bryan College on Tuesday at 5 p.m. CT before finishing the home schedule this weekend with a three-game series against Campbellsville University.