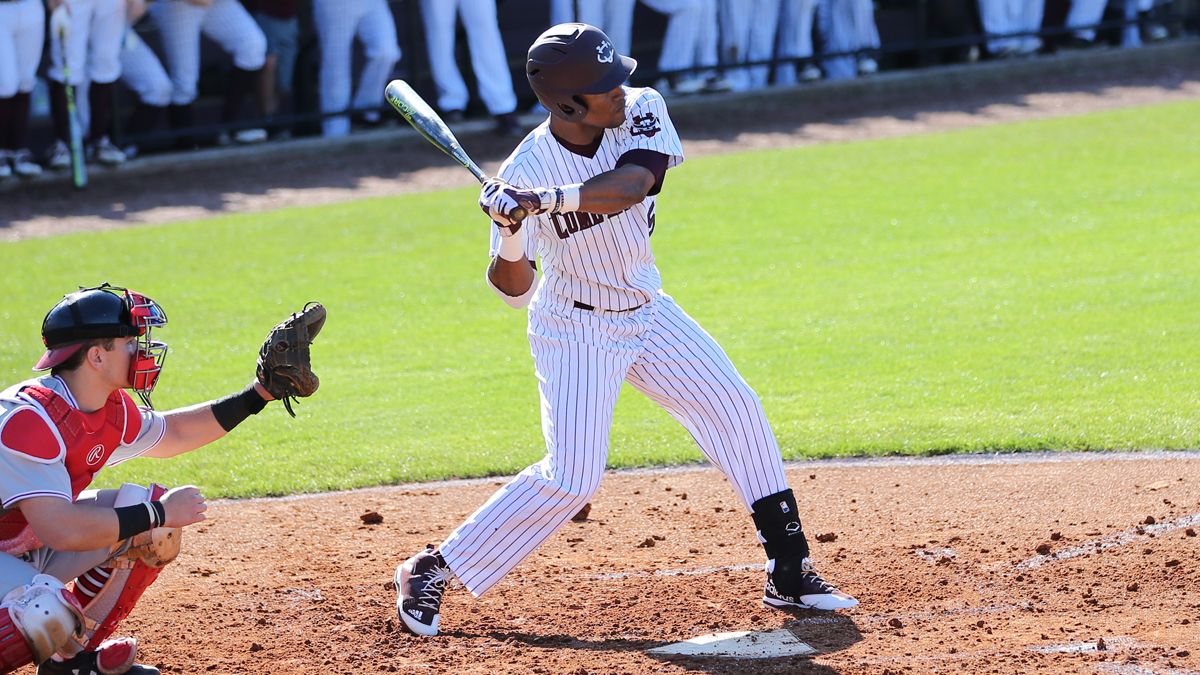 Rayden Sierra (above) and Blake Young were named Mid-South Conference Player and Pitcher of the Week, respectively, on Monday after their performances last week for the Phoenix. (Credit Bob Tamboli)
Related Links

LEBANON, Tenn. – Cumberland’s Rayden Sierra and Blake Young were voted Mid-South Conference Player and Pitcher of the Week, respectively, on Monday after their performances last week for the Phoenix.

Sierra batted .500 (6-for-12) with three home runs and six RBIs in the three-game series at the University of the Cumberlands. The Andres Boca Chica, Dominican Republic, native belted a three-run homer in the opener and hit a pair of solo shots in the second game. The senior added three hits with a double and one RBI in the series finale.

He leads the Mid-South Conference and ranks third nationally with 18 home runs. Sierra is batting .339 with 12 doubles, 43 RBIs and 48 runs scored in 44 games.

Young gave up just three hits and did not allow an earned run in three appearances covering 7.0 innings. The Ranburne, Ala., native worked two innings at Tennessee Wesleyan and a two-base error to start the bottom of the ninth turned into the game-winning run in a 7-6 loss. He gave up two hits and struck out two at TWU.

The sophomore lefthander got the final two outs in Friday's contest at the Cumberlands and then worked 4.1 shutout innings of relief in the second game Saturday versus the Patriots. Young retired eight straight batters before a one-out single in the seventh, but he induced a 5-4-3 doubleplay to end the game. He did not walk a batter nor have any strikeouts, getting six fly ball and six ground ball outs.

Cumberland plays a doubleheader Tuesday at Brescia University at 1 p.m. and finishes the regular season with a three-game series this weekend at Shawnee State.