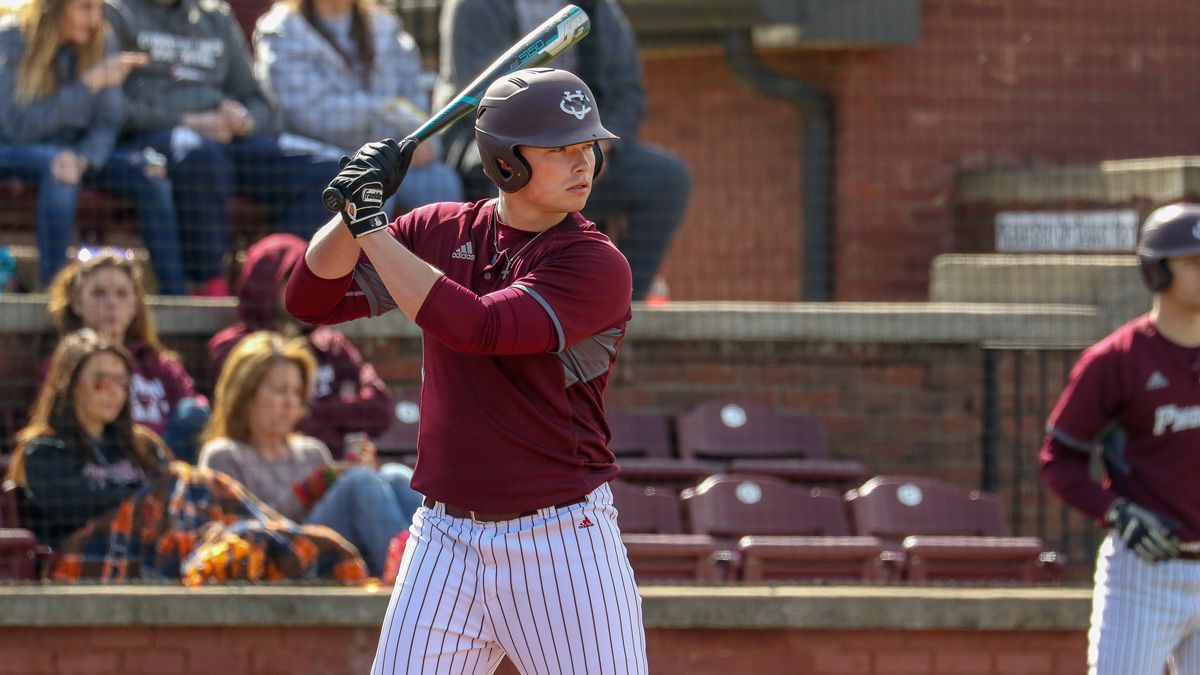 LEBANON, Tenn. – Jared Schmidt homered twice, Peyton Wheatley doubled and scored the winning run in the ninth and Blake Young tossed 3.1 scoreless innings of relief for his fourth victory of the year for Cumberland in a 7-6 win Friday afternoon over Shawnee State in Portsmouth, Ohio.

The Phoenix (30-17, 8-7 Mid-South) conclude the regular season with a Saturday doubleheader against the Bears beginning at 11 a.m. CT.

Schmidt hit a pair of solo home runs, his sixth and seventh of the year, and Rayden Sierra added his 19th home run of the season, but Shawnee State (14-26, 1-14) plated three runs in the second and three more in the sixth, evening the contest at six.

Wheatley doubled inside the third base bag to leadoff the top of the ninth and moved to third on a groundout by Nick Mira. Carlos Moseley’s chopper off the glove of a drawn-in infield plated Wheatley with the game-winning run.

Young (4-1) continued his strong season on the mound and out of the bullpen for the Phoenix, allowing just one baserunner, a ninth-inning walk. He did not give up a hit and struck out three to get the win.

Cumberland starter Thomas Galart allowed six runs, one earned, on six hits in 5.2 innings. The righthander walked two, hit a batter and struck out five but was undone by two costly Phoenix errors.

Schmidt finished 3-for-4 with two RBIs and two runs scored and Hector Morales and Wheatley each added two hits for the Phoenix. Cumberland was just 1-for-8 with runners in scoring position in the contest.

Schmidt got the Phoenix on the board with a solo homer in the second inning, but the Bears plated three runs in the bottom of the frame to take the lead.

Levi Jones led off with a single to right, Chase Thurber walked and the runners moved to second and third on a passed ball. A line drive to right by Dalton Phillips was booted by Sierra, allowing a run to score, and Sam Gerhold’s line drive to right drove in a run. Casey Claflin’s ground ball up the middle plated Phillips for a 3-1 Bears advantage.

Mira doubled to start the third for the Phoenix and pinch-runner Jordan Hunt went to third on a groundout by Moseley and scored on Sierra’s sacrifice fly, pulling CU within 3-2.

In the fifth Mira walked and with two outs, Sierra belted his league-leading 19th home run of the season, a line drive to leftcenter, putting the Phoenix in front, 4-3.

Cumberland added two more runs in the sixth, again with the long ball, as Schmidt hit his second solo homer of the game with one out. Andy Garretson walked with two outs and he scored on Wheatley’s double to left, stretching the CU lead to 6-3.

Shawnee State evened the contest with a three-spot in the bottom of the sixth, starting when JT Boggs reached on an error to leadoff. Jones then doubled down the leftfield line and Thurber walked, loading the bases. With one out Gerhold singled to right, plating a run, and Blake Marshall’s two-out double down the leftfield line scored two more for a 6-6 contest after six complete.