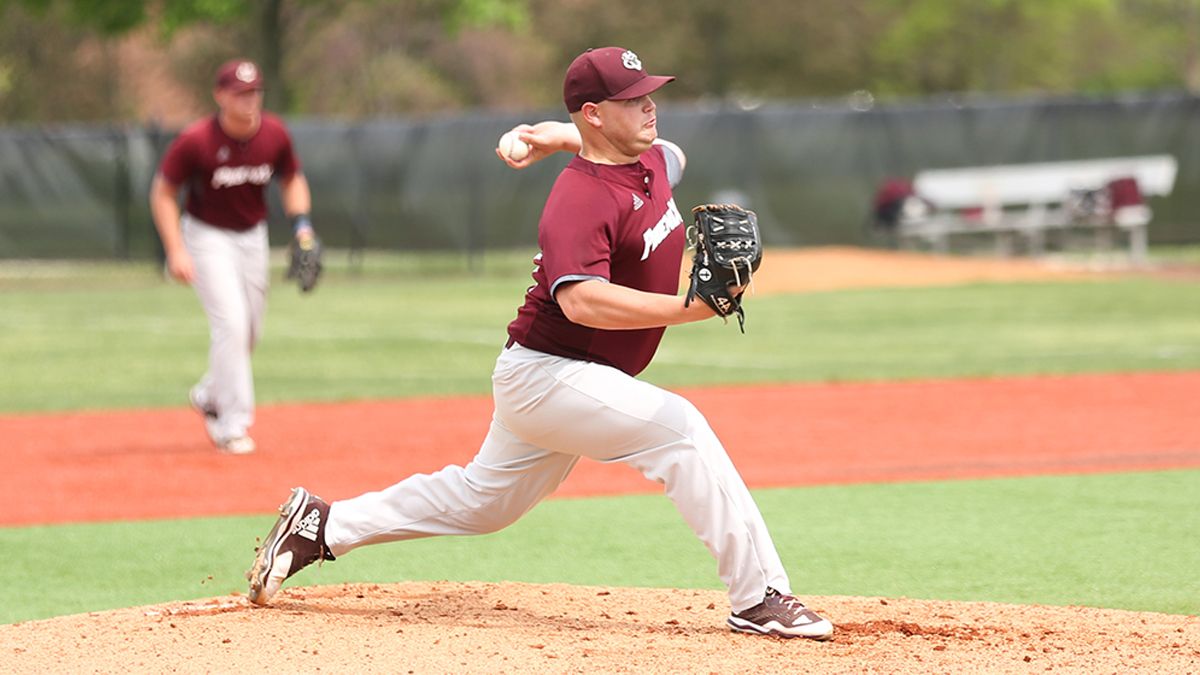 LEBANON, Tenn. – Blake Young tossed a complete game and Mykel Gordon hit a two-run homer in the bottom of the ninth, but Tyler Shumpert struck out 13 batters in eight-plus innings in seventh-ranked Oklahoma Wesleyan’s 3-2 victory over Cumberland on Wednesday in the NAIA Baseball Championship Opening Round in Upland, Ind.

The loss ends the season for the Phoenix with a 36-21 record and the program’s first trip to the NAIA Opening Round in four years.

Making his first start of the year, Shumpert dominated Cumberland for most of the game, retiring 13-of-14 batters between the third and seventh innings. The Phoenix managed just two walks in the third and singles by Rayden Sierra in the first and Carlos Moseley in the sixth before the first real scoring threat in the eighth.

Hector Morales led off with a single and pinch-hitter Kyle Blackwell was hit with one out, but Shumpert struck out Nick Mira and got a groundout by Moseley to end the inning.

In the ninth Sierra drew a leadoff walk and Gordon blasted a two-run shot to left, his 11th of the year, ending the day for Shumpert (1-2), who allowed two runs on four hits with three walks to get the win. Landon Williams struck out the side after the home run to get his seventh save of the year for the Eagles (53-7).

Young (5-2) did everything Cumberland could have asked in his third start of the season, scattering 10 hits while giving up three runs with one walk and three strikeouts. Oklahoma Wesleyan scored twice in the fourth inning on three hits and plated a big insurance run in the eighth on a ground ball double, a chopper over Gordon’s head down the leftfield line by John Lantigua.

He stranded the bases loaded in the fifth and two runners in the eighth. The Ranburne, Ala., native retired 9-of-11 to start the contest and seven straight between the fifth and seventh innings.

The Eagles got on the board in the fourth inning after a leadoff double by Nick McGrew and a single by Ryan Lujan-Leonard. Lantigua’s single to center plated a run and after a sacrifice bunt by Hunter Henry, Chris Acosta-Tapia’s groundout scored Lujan-Leonard for a 2-0 Wesleyan lead.

In the eighth Rodolfo Oleta led off with a single and McGrew’s chopper on a hit-and-run moved the runner to second. Lujan-Leonard then singled to left, putting runners on the corners, and pinch-runner Chandler Boyd came across on Lantigua’s double down the line, extending the lead to 3-0.