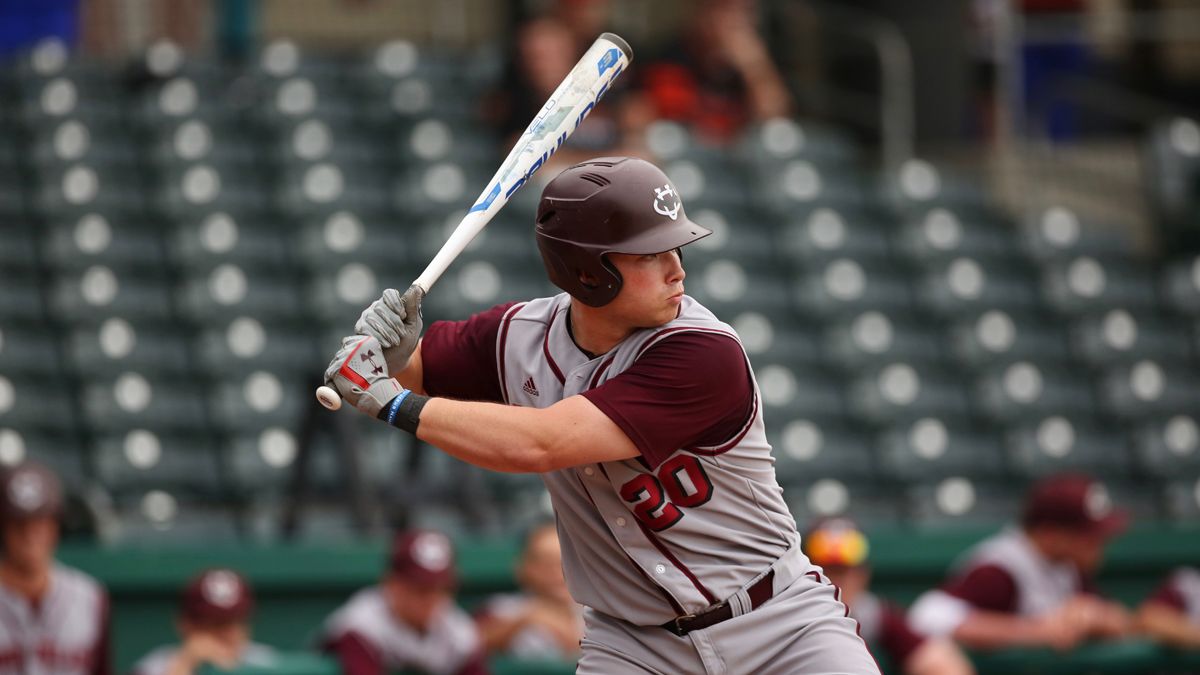 LEBANON, Tenn. – LaDarius Williams collected two hits and two RBIs but Mount Mercy scored twice in the first inning and plated an unearned run in the eighth for a 4-3 victory over Cumberland in baseball action Sunday in Oklahoma City, Okla.

The Phoenix (1-3) dropped three one-run games during the four-game weekend, all by scores of 4-3.

Chili Moseley led off the contest with a solo home run for the Mustangs (1-2) and Kobi Candaroma singled and scored on a sacrifice fly by Tito Berdecia for a 2-0 MMU advantage after a half inning.

Cumberland cut the deficit in half with a Bentley Jones single and a two-out RBI double from Peyton Wheatley in the second. Kyle Blackwell walked in the third and came across on a double to rightcenter by Williams, tying the contest at two.

The Phoenix claimed their only lead of the game in the fifth with a leadoff triple by Jared Schmidt and Williams followed with a run-scoring single, but Mount Mercy answered in the sixth.

Moseley led off with a double and scored on a sac fly by Owen Oreskovich. In the ninth Moseley reached on a two-out, two-base error by Blackwell in leftfield and Candaroma followed with a double to left for a 4-3 MMU edge.

Jacob Herrera walked to start the bottom of the eighth for CU and pinch-runner Eddie McDaniels stole second with one out, but he was stranded there to end the contest.

Blake Young (0-2) suffered his second loss of the weekend, giving up the unearned run on one hit in one inning.

Schmidt and Williams each posted two hits for Cumberland, but the Phoenix stranded 10 baserunners in the loss, seven of those in scoring position.

CU travels to 15th-ranked Bryan College for a 3 p.m. CT first pitch on Wednesday before opening the home schedule next weekend with a pair of doubleheaders against Taylor University beginning Friday at Noon at Ernest L. Stockton Field-Woody Hunt Stadium.