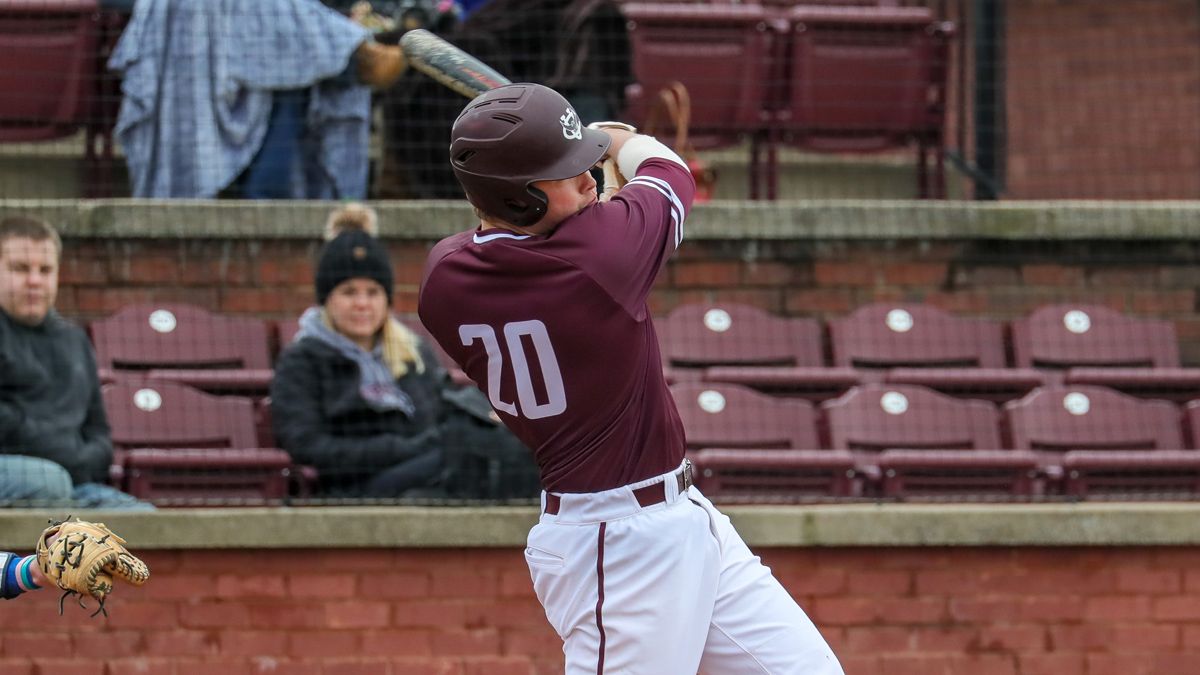 Jared Schmidt hit a two-run homer to get CU on the board in Tuesday's 3-2 victory over Bethel. (Credit Steve Wampler)
Bethel University at Cumberland Univ. | February 26, 2019

The Phoenix (3-7) managed just six hits against three Bethel (8-5) hurlers but Schmidt’s two-run homer in the first and an RBI double by Pablo Custodio added an insurance run in the eighth for CU.

Hatcher (1-0) allowed one run on five hits in 7.1 innings with two walks and six strikeouts. The Wildcats had one baserunner in six of the seven innings and two in the third inning when Bethel scored, but the lefthander stranded six.

Ryan Hill gave up a double to Nicholas Proto, who was 4-for-4 with one RBI for Bethel, but posted a strikeout and a fly out sandwiched around a walk to end the eighth.

Galart ran into trouble in the ninth, giving up a run on a pair of singles and a groundout, but induced a ground ball back to the mound to end the contest and earn the save.

Williams doubled with one out in the first inning and Schmidt followed with a two-run homer to right, his second of the year.

Bentley Jones singled and Bo Saunders walked for CU in the second but were stranded. Cumberland had just one baserunner over the next four innings until back-to-back hit batters (Custodio and Jose Vera) with one out in the seventh.

Bethel cut the deficit in half in the third when Lucas Riddick tripled and Proto followed with an RBI double, but Hatcher struck out Ruber Medina to end the frame.

In the eighth McDaniels led off with a single and went to second on a groundout by Williams. He also stole third and came across on Custodio’s two-out double to rightcenter.

Pinch-hitter Logan Beechum singled with one out and moved to second on a groundout by Baylor Steelman. With two out Sebastian Cortes singled to rightcenter, making it 3-2, but Riddick grounded back to the pitcher to end the contest.

Cumberland plays at Brescia University at 5 p.m. Wednesday before hosting Indiana Wesleyan in a three-game series this weekend beginning with a single game Friday at 2 p.m.