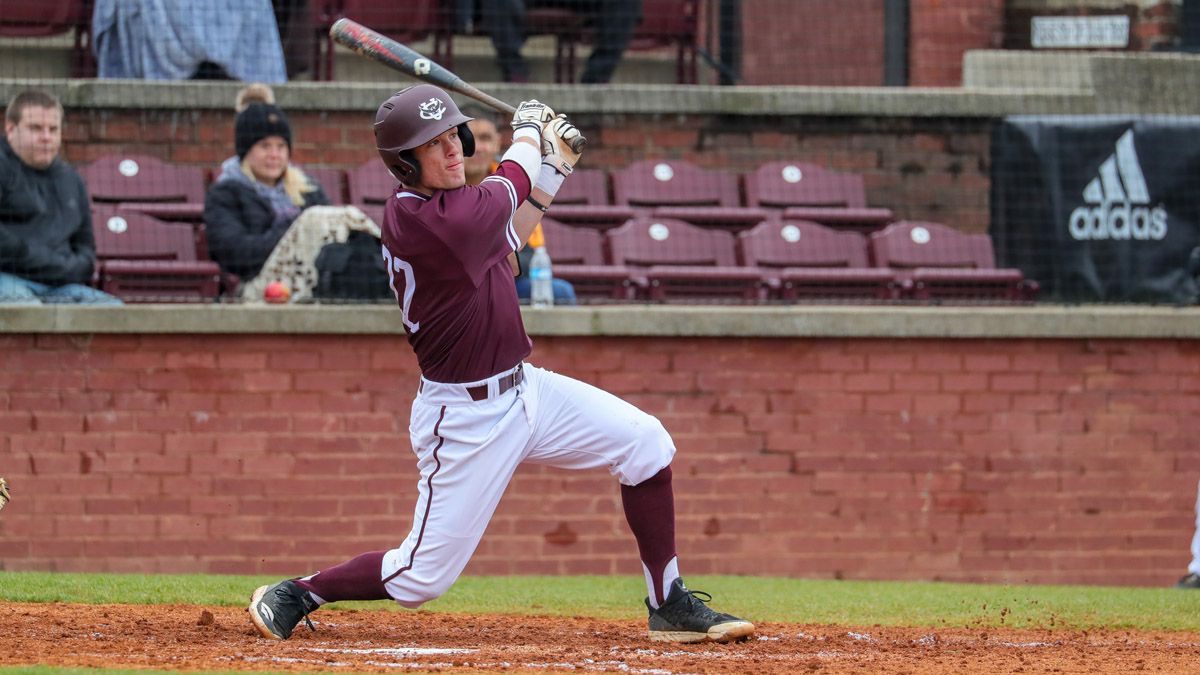 The Phoenix (5-7) won their third straight contest overall and finish the series with a doubleheader Saturday starting at Noon against the Wildcats (5-10).

Galart (1-2) allowed single runs in the sixth and eighth innings but struck out seven and got 10 ground ball outs in his longest outing of the year. He worked 7.2 innings, giving up six hits with two walks and two hit batters, working out of a jam in the second.

Cumberland got on the board with a solo homer from Wheatley in the fifth, but Indiana Wesleyan knotted the contest with an RBI single in the sixth by Steven Busby, but Wheatley gunned down the potential go-ahead run at the plate.

Caleb Cox struck out Noah Bauman to end the top of the eighth after the Wildcats pulled within a run on a solo homer from Brady West. Matt Rowe got the final three outs for his first save, giving up a single and a long fly ball to center that Wheatley ran down to end the contest.

Cumberland managed just seven hits against Jon Young (3-1), who allowed four runs with no walks and seven strikeouts. He induced 12 ground-ball outs from the Phoenix but gave up the two home runs that were the difference in the game. Jordan Wharton produced two of IWU’s eight hits in the contest.

The Wildcats put together the first scoring opportunity of the game with a leadoff single by Wharton and a one-out double from Gaven Schreiber in the second inning. Galart buckled down and struck out Bauman and pinch-hitter Jack Durham, both looking, to end the threat.

Young faced just two batters over the minimum through four innings, both singles, before Wheatley hit a solo homer to left with two outs in the fifth, giving Cumberland a 1-0 edge.

The Wildcats answered in the sixth after Wharton singled with two outs and Busby walked before Schreiber was hit, loading the bases. Bauman singled to center, plating a run, but Busby was thrown out at the plate on a nice throw from Wheatley and even better tag by Bentley Jones, keeping the game tied at one.

McDaniels singled to start the bottom of the inning and stole second. Schmidt’s two-run homer to rightcenter two batters later put the Phoenix in front, 3-1.

West hit a solo homer to right with one out in the eighth, cutting the CU lead to one, and after a two-out walk to Busby, the Phoenix went to the bullpen for Cox, who gave up a single to Schreiber but struck out Bauman to end the inning.

Cumberland got an insurance run in the bottom of the frame when McDaniels beat out an infield single and went to third on a single to leftcenter by Jose Vera. McDaniels made a good read on a wild pitch and scored for a 4-2 Phoenix advantage.