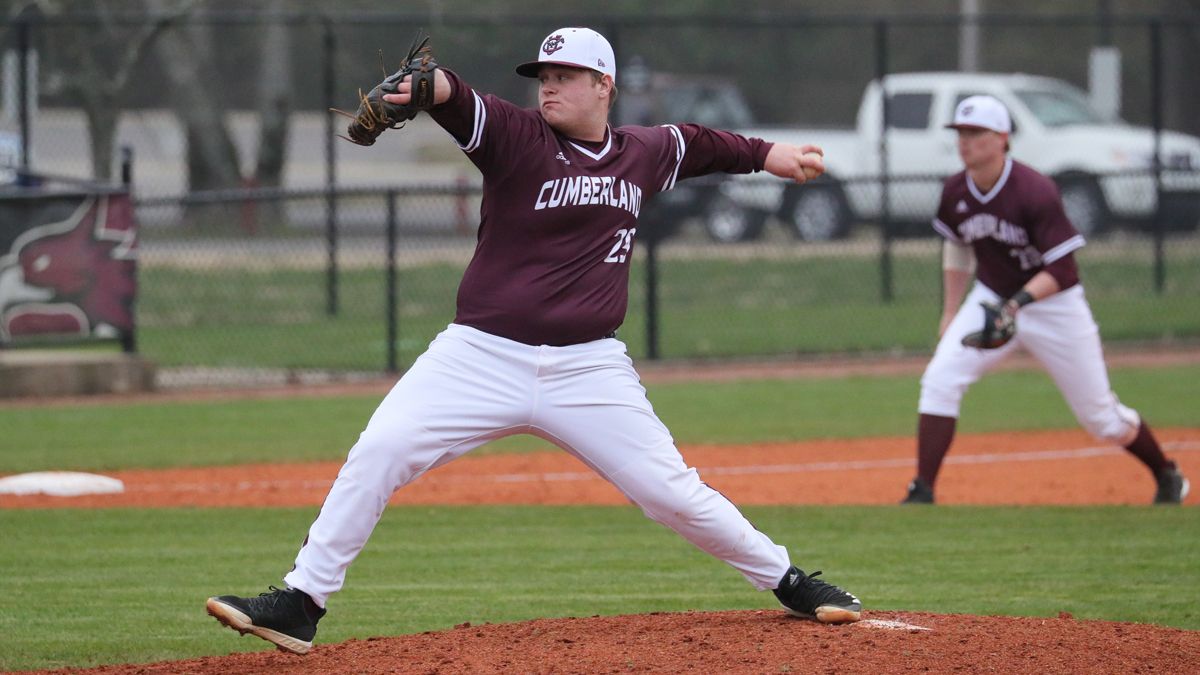 LEBANON, Tenn. – Jose Vera posted four hits in the opener and Pablo Custodio recorded four hits with seven RBIs in the second game, backing up a strong pitching performance from James Hatcher in Cumberland’s doubleheader sweep against the University of Pikeville, 14-9 and 11-1, on Saturday in Pikeville, Ky.

The Phoenix (16-8, 2-1 Mid-South) used a seven-run eighth innings to break a tie game in the first game and scored in five of the seven innings in the second contest, including Custodio’s grand slam in the sixth to put the game away.

The first contest featured 23 runs and 34 hits, only five for extra bases, along with 10 walks and two hit batters, and lasted almost three-and-a-half hours. Cumberland scored five runs in the fifth inning for a 7-1 advantage, but the Bears (7-12, 1-2) netted a run in the bottom of the inning and five more in the sixth, evening the game at seven.

The Phoenix responded with a seven-run eighth inning to break the contest open, including two-run singles from Kyle Blackwell, Chance Fogel and Bentley Jones. Eddie McDaniels collected three hits, scored twice and drove in two runs while Custodio entered in the fifth inning and recorded three hits with two RBIs to go with Vera’s four hits, two RBIs and a run scored.

Polo Portela pitched well for five innings before contributing to his own demise with a fielding error in the five-run sixth for Pikeville. The righthander allowed four earned runs on seven hits in 6.2 innings. Ryan Hill (2-1) got the final out of the seventh and was the beneficiary of the seven-run eighth inning to get the win. Matt Rowe allowed two runs on six hits over the final two frames to finish the contest for CU.

Cumberland scored three times in the first inning on RBI singles from Vera and Custodio and a sacrifice fly by Jacob Herrera in the second game. Custodio plated a run with a single in the second, hit the grand slam in the sixth and added an RBI double in the seventh.

Hatcher (3-0) allowed just five hits and worked around four hits in a complete game, striking out eight. The lefthander stranded seven Bear runners, including two apiece in the second and fourth innings and at least one in five of the seven frames.

The Phoenix got a run in the first inning of the opener after a single and stolen base by McDaniels, who scored on a double to left from Vera. In the second inning Blackwell led off with a double and Peyton Wheatley walked before a fielder’s choice put runners on the corners. McDaniels’ two-out single to right gave CU a 2-0 edge.

The Bears plated a run in the bottom of the inning, starting with a leadoff walk to Jay Vincent and a single by Anthony Houk. With one out Luke Hartlage singled up the middle, cutting the lead in half.

The score remained 2-1 until the fifth when Jones walked and Vera singled and Schmidt reached on an error, loading the bases. Custodio pinch-hit and delivered a two-run single down the rightfield line. Blackwell was hit, loading the bases again, and Wheatley walked, forcing in a run.

Bo Saunders bounced into a fielder’s choice to push across another run and McDaniels delivered another two-out RBI single, giving the Phoenix a 7-1 advantage.

Tyler Menrath doubled with one out in the bottom of the frame and moved to third on a groundout before a walk to Vincent. Houk’s two-out single to center made it 7-2 CU.

Hartlage and Pastor Sanchez both singled with one out in the sixth and Jacob Alvarado walked, loading the bases. Pinch-runner Riley Brittentine scored on a wild pitch and Menrath reached on an infield single, loading the bases again.

Lubinicki’s grounder to the mound was booted by Portela, allowing a run to come across, and Vincent’s pop-up to short rightfield produced a sacrifice fly. Houk then singled to left, plating another run, and Lubinicki scored when Houk was caught in a run-down on the play, tying the contest at seven.

McDaniels reached on an error to leadoff the eighth and took second on a wild pitch before a walk to Jones. Vera singled to left, scoring a run, and Schmidt’s single loaded the bases. Two batters later Blackwell singled down the rightfield line, plating two runs, and Fogel followed with a two-run single to center.

Fogel stole second and Wheatley reached on an infield single and stole second. McDaniels walked with two outs, loading the bases, and Jones followed with a two-run single to right.

Pikeville got a run back in the bottom of the inning when Alvarado and Menrath both singled to start the frame and Vincent singled with one out, pushing across Alvarado. Houk also singled, loading the bases, but Rowe struck out Dillon O’Grady and got a groundout to end the inning.

In the ninth Hartlage singled up the middle and Sanchez also singled before Alvarado was hit, loading the bases. Lubinicki’s sacrifice fly plated one run, but Rowe got a pop-up and a groundout to end the contest.

McDaniels singled and stole second to open the second game and he scored on a single to center by Vera, taking second on the throw. Custodio followed with an RBI single down the leftfield line and after singles by Schmidt and Blackwell, Herrera’s sac fly gave CU a 3-0 lead after a half inning.

Saunders walked to leadoff the second inning and McDaniels moved the runner to second with a sacrifice bunt. Jones singled and with two outs, Custodio’s single through the left side pushed the lead to 4-0.

Pikeville got a run in the fourth when Vincent and Houk both walked to start the inning and a fielder’s choice by O’Grady put runners on the corners. With two outs Hartlage singled to right, cutting the CU lead to 4-1.

Cumberland got the run back in the fifth with a one-out single from Schmidt and Blackwell followed with an RBI double down the rightfield line.

In the sixth Saunders walked and McDaniels reached on an error before a sac bunt from Jones. Vera was hit, loading the bases for Custodio, who broke the game open with a grand slam to left for a 9-1 advantage.

Saunders singled with one out in the seventh and Jones did the same with two outs. Vera plated a run with a single to the left side and Custodio then doubled, scoring the final run of the game.

Cumberland plays at Martin Methodist on Tuesday at 3 p.m. and hosts fourth-ranked Georgia Gwinnett on Wednesday at 2 p.m.