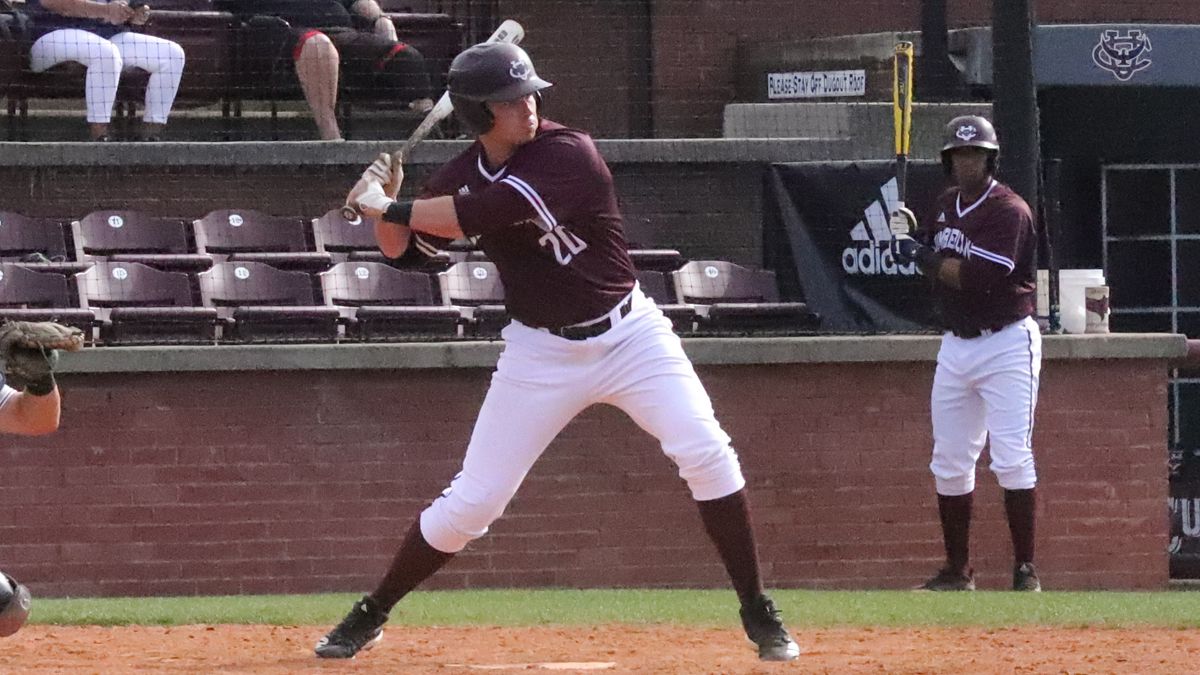 Howell singled and scored in the first inning, then led off the second inning with a double and scored. He batted again later in the second, belting a line drive over the batter’s eye for a grand slam and an 11-1 Bryan College (30-12) lead.

The Lions led 13-1 before Custodio’s two-run shot over the rightfield wall in the fourth. Schmidt drilled a three-run homer down the letfield line and Vera followed with a solo home run in a five-run fifth inning for Cumberland, pulling the home team within 13-8.

David Scoggins and Tyler Scott provided RBIs for the Lions in the seventh and Wade Weinburger hit his second homer of the game in the eighth, giving the visitors some breathing room.

Landon Mosteller lasted just four innings for Bryan, allowing seven runs on eight hits. Samuel Salyers (3-0) got the win with two-thirds of an inning in relief while Trevor Ferguson worked 2.1 scoreless frames for the Lions.

The Lions started quickly and could have had more in the top of the first, batting around.

Howell led off with a single through the left side and with one out, Lake Burris hammered a hanging breaking ball well over the wall in leftfield, his 21st home run of the season.

Jacob Justice walked with two outs and Logan Peterson followed with a chopper up the middle. Scoggins and Tucker Cain both drew free passes as well, forcing in a run, but Straub struck out Scott to end the inning with the Phoenix down only 3-0.

Cumberland came right back in the bottom of the first, loading the bases with no outs.

Eddie McDaniels dumped a single down the leftfield line and Bentley Jones bounced a single through the left side before Schmidt walked. Vera and LaDarius Williams both struck out, but Custodio’s sacrifice fly plated the only run of the inning.

Howell led off the second inning with a double down the leftfield line, a chopper just inside the bag that was out of the reach of Custodio. Weinburger lifted a ball into the jet stream for a two-run homer to right and Burris followed with his second home run of the game, this one a no-doubter well over the wall in centerfield.

Marcus Catalano doubled to leftcenter, ending the day for Straub, and Peterson singled to left with one out. Scoggins walked, loading the bases, and Cain’s groundout plated a run. Scott was hit, loading the bases again, and Howell’s line drive to center just cleared the batter’s eye for a grand slam, extending the Bryan lead to 11-1.

Catalano’s solo homer to right with one out in the third made it 12-1 Lions.

In the fourth Scoggins and Cain walked to leadoff and with two outs, Weinburger singled to right. Pinch-runner Josh Hinken scored on a wild pitch for Bryan.

Vera singled to begin the bottom of the inning for CU and Custodio followed with a line drive, two-run homer to right, his third home run in the last two days.

McDaniels started the fifth inning with a single and Jones reached when Mosteller’s throw to first on a grounder to the mound was wild. Schmidt then lined a three-run homer down the leftfield line and Vera was next with a solo blast.

With two outs Jacob Herrera reached on a two-base error by Bryan rightfielder Catalano and Kyle Blackwell followed with an RBI single down the leftfield line, pulling the Phoenix within 13-8. Cumberland had just three baserunners over the next three innings and Bryan put the game away with insurance runs in the seventh and eighth.

In the seventh Catalano was hit and Justice walked before a one-out RBI single by Scoggins. Cain also drew a free pass and Scott’s sacrifice fly to left plated Justice for a 15-8 margin.

Weinburger belted his second homer of the day, a solo shot to leadoff the eighth, for a 16-8 Bryan lead.

In the ninth Vera and Williams both singled and Blackwell and Bo Saunders each collected two-out RBI singles, but it was too little, too late for the Phoenix.

Cumberland hosts fifth-ranked University of the Cumberlands for a three-game series this weekend beginning Friday with a single game at 2 p.m.