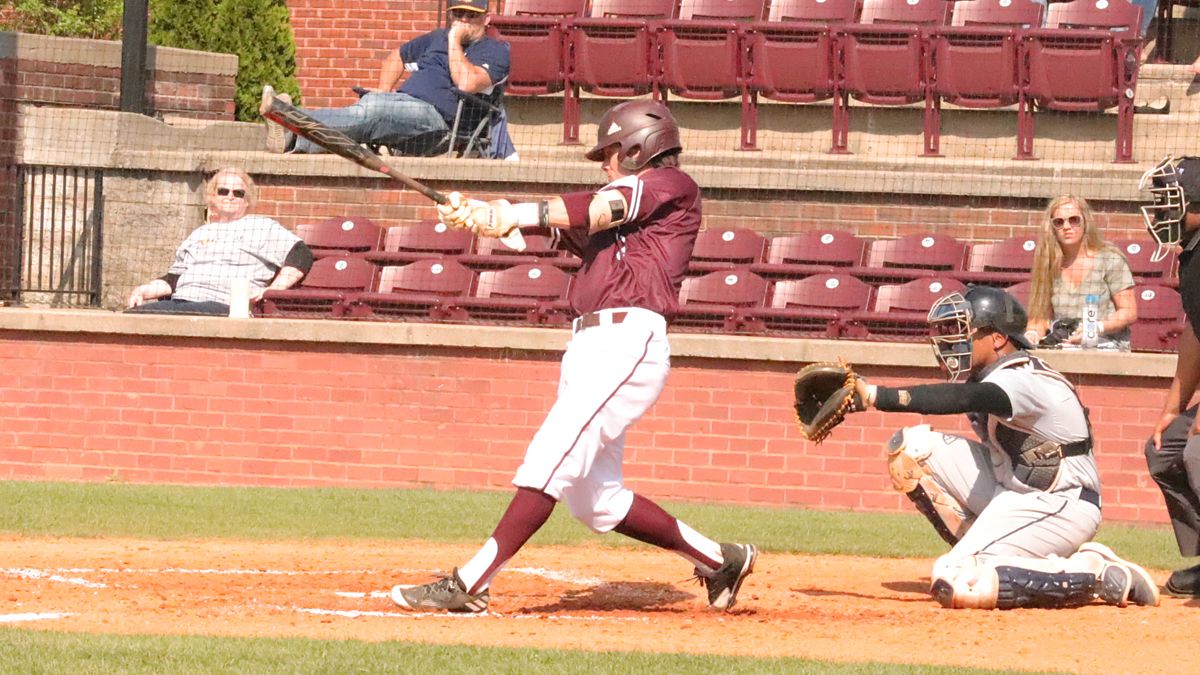 The Eagles (25-21) scored in six of the eight innings in the contest, including three times in the fourth and eighth innings and two more in the sixth. Torres hit a two-run homer in the fourth and a three-run shot in the eighth and added RBI singles in the second and fifth innings.

Stevens (2-1) allowed just three hits, walked one and struck out three in his five shutout frames, running into trouble once but getting out of that jam with a pop-up and a strikeout to end the fifth in his longest outing of the year.

Blake Young (2-5) suffered the loss, giving up five runs on seven hits in 3.2 innings. Cumberland (27-21) posted eight hits in the game, three of those in the eighth, against four Reinhardt hurlers.

The Eagles got on the board first after a leadoff walk in the second inning to Christopher Basilio, who moved to third on a perfectly executed hit-and-run by Ben Heideman. Torres then singled to right, plating a run, with Heideman taking third as well.

Heideman tried to steal home on a pickoff to first by Young but LaDarius Williams made a nice throw to the plate, where Bentley Jones tagged out the runner to end the inning.

Nick Sanders dumped a two-out double down the leftfield line in the third inning and Ugarte followed with an RBI single to rightcenter for a 2-0 Reinhardt advantage.

Foreman led off the Eagles fourth inning with a single through the left side and Torres hit a two-run homer to rightcenter. With two outs Jimenez tripled to rightcenter and he scored on a double to left from Devin Symlar, extending the visitors lead to 5-0.

Reinhardt loaded the bases later in the inning with a walk to Sanders and Ugarte was hit, but Basilio lined out to left to end the frame.

Foreman doubled over the third base bag to start the fifth inning for the Eagles and Torres posted an RBI single to right with one out, giving the visitors a 6-0 edge.

Symlar singled to leadoff the sixth and moved to third on a single off the third baseman’s glove by Ugarte. Eddie McDaniels fumbled the ball in left and Symlar never slowed down, scoring on the play. Ugarte was thrown out trying to reach third on the play, saving Cumberland a run after Basilio lined a solo homer down the leftfield line.

Ugarte started the Eagles eighth with a single to center and Foreman doubled down the leftfield line with one out. Two batters later Torres drilled a three-run homer to right for an 11-0 Reinhardt advantage.

The Phoenix got on the board in the bottom of the eighth, starting with singles by Peyton Wheatley and McDaniels and a walk to Jones. Jared Schmidt’s infield grounder plated a run, but Reinhardt reliever Kevin Ross retired the next three batters to end the game, including a terrific diving play down the first base line from Chandler Wold to end the game.

Cumberland travels to fifth-ranked University of the Cumberlands this Friday for a 3 p.m. CT contest to end the regular season.