Univ. of Pikeville at Cumberland Univ. | May 02, 2019
BoxscorePlay-by-Play 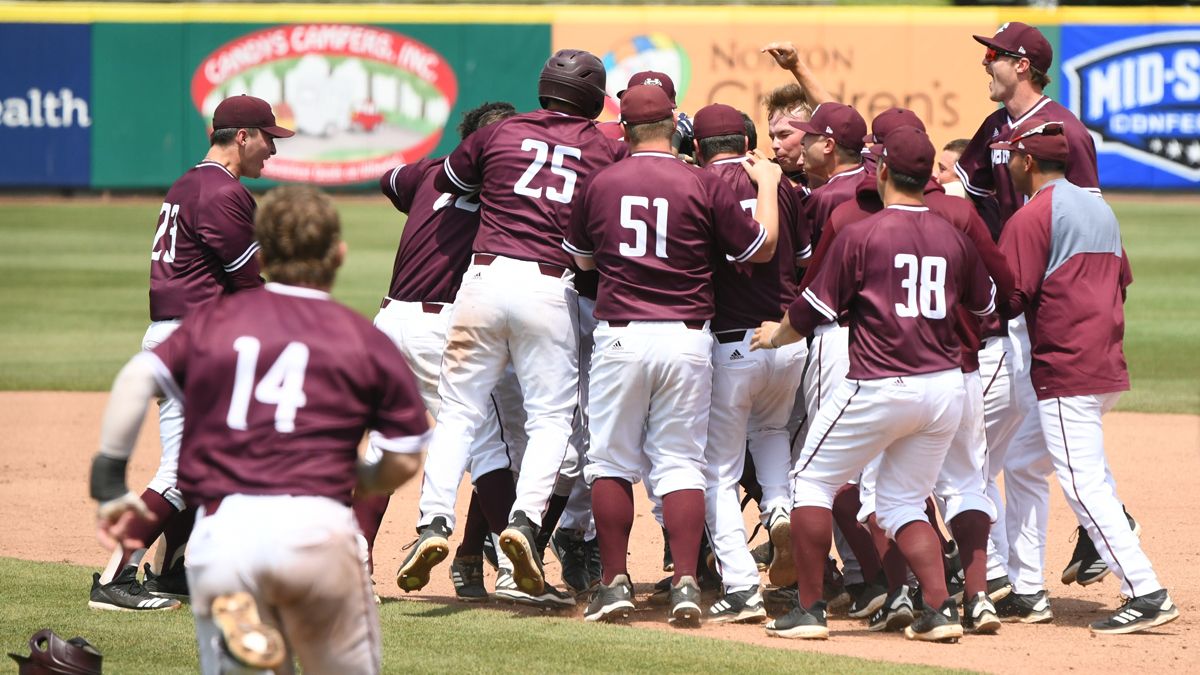 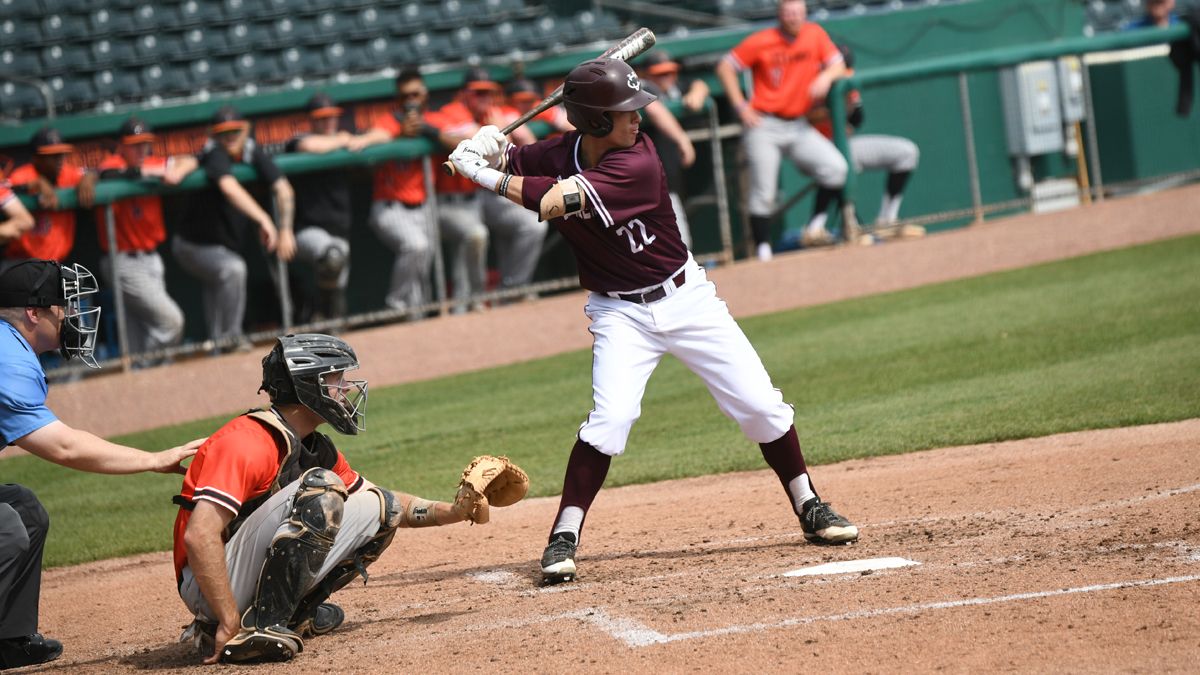 BOWLING GREEN, Ky. – Peyton Wheatley posted two hits and two RBIs, Eddie McDaniels drove in three runs and Jose Vera delivered the game-winning base hit in the bottom of the ninth in Cumberland’s 6-5 victory over the University of Pikeville in baseball action here Thursday at Bowling Green Ball Park.

The Phoenix (32-21) advance to take on fifth-ranked University of the Cumberlands this evening at approximately 6:30 p.m. (maybe later) in the final game of the day. The contest included a one-hour, 22-minute rain delay with two outs in the bottom of the eighth and the Bears (24-26) tied the game with a two-run double from Kase Mattingly in the ninth.

Bo Saunders doubled off the base of the leftfield wall to leadoff the bottom of the ninth for CU and after a failed bunt attempt, Wheatley singled through the hole of the leftside for runners on the corners. McDaniels grounded to second, but Pikeville’s Luke Lubinicki bobbled the ball and McDaniels just bear the throw.

Bears reliever Aaron Hedgecock got ahead of Bentley Jones and Jared Schmidt, getting a short fly ball to rightcenter by Jones for the first out. He struck out Schmidt on a full count off-speed pitch and got strike one on Vera before the sophomore drilled a sharp single to left to score the game-winner, ending the nightmare day for Vera, who had four strikeouts on a minimum of pitches.

That made a winner of James Hatcher (6-0), who worked out of a jam with a strikeout and a grounder back to the mound to end the top of the ninth after Mattingly’s double.

Thomas Galart cruised through 3.2 innings of relief for the Phoenix, allowing just two baserunners, both on hit pitches, before a one-hour, 22-minute rain delay in the bottom of the eighth. After retiring the first batter of the ninth, the righthander walked Luke Hartlage and Sanchez before Mattingly delivered a two-run double to leftcenter, tying the game at five.

CU starter Ryan Hill allowed three runs on five hits in 4.1 innings, walking three and striking out two in his first start since April 12 and only his second appearance since that date.

Bruce Bell gave up five runs on four hits in 6.1 innings in a start for the Bears. The righthander breezed through four innings in just 48 pitches before running into trouble in the fifth and then again in the seventh. He walked three and struck out six.

Hedgecock (3-4) took the loss, allowing one run on three hits with five strikeouts in two-plus innings.

Pikeville got on the board first, starting with a four-pitch walk to Jay Vincent to leadoff the second inning. Dillon O’Grady singled sharply to center and Anthony Houk doubled to deep leftcenter. Vincent and O’Grady both scored on the play for a 2-0 Bears edge.

Pastor Sanchez led off with a single to left and moved to second on Mattingly’s sacrifice bunt to leadoff the fifth for UPike. Jacob Alvarado’s single to center plated Sanchez and ended the day for Hill.

Bell retired 12-of-13 hitters in the first four innings before losing command in the fifth, starting with a walk to Pablo Custodio. Jacob Herrera dumped a single into short and Kyle Blackwell moved the runners to second and third with a sacrifice bunt.

Wheatley walked with two outs and McDaniels singled up the middle, driving in two runs. Jones lined out to deep rightcenter, with Alvarado making a nice running grab to end the inning with Pikeville still in the lead, 3-2.

Cumberland finally moved in front in the seventh when Custodio drew a leadoff walk and Saunders was hit with one out. Wheatley then tripled to deep leftenter, plating both runners and chasing Bell from the contest. McDaniels followed with a sacrifice fly to center for a 5-3 CU advantage.

Lubinicki was hit with one out in the eighth and Vincent drove a ball to deep leftcenter, but McDaniels made a terrific running grab to keep the Bears off the board. This preceded the rain delay and the drama in the ninth.