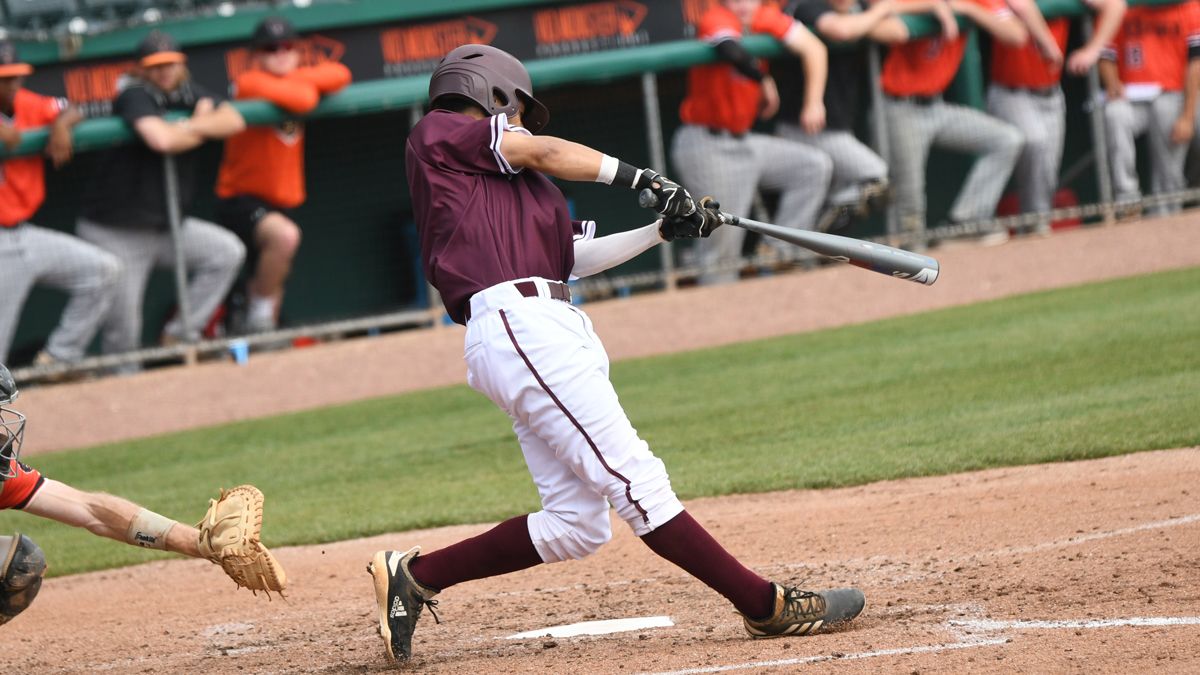 LEBANON, Tenn. – Colton Easterwood tossed a complete game while Jose Rojas was 4-for-4 with a home run and two RBIs in fifth-ranked University of the Cumberlands 7-1 victory over Cumberland in baseball action Thursday night at Bowling Green Ball Park in Bowling Green, Ky.

The Phoenix (32-22) drop into the loser’s bracket in the double elimination tournament and play again Friday at 6 p.m. against the winner of Georgetown College and the University of Pikeville, a contest set for a 10 a.m. first pitch on Friday.

The Patriots (44-6) plated three unearned runs in the third inning and hit solo homers in the fourth, fifth and sixth. That was more than enough for Easterwood (4-1), who allowed one run on five hits. He walked one and struck out six, tossing just 103 pitches for the victory.

Cumberland starter Polo Portela (6-2) took the loss for CU, allowing six runs, three earned, on nine hits in 5.1 innings. He walked one and struck out three.

Kevin Rolon reached on an error when first baseman Jacob Herrera dropped the throw to first from shortstop Jose Vera in the third inning. Rolon stole second and went to third on an infield single by Arellano before a walk by Raudy Martinez loaded the bases.

Bryan Leef’s sacrifice fly plated a run and Rojas followed with an RBI single up the middle. Peyton Wheatley’s throw to third sailed into and into the dugout, allowing Martinez to come across for a 3-0 UC advantage.

Nazario started the fourth inning with a double to leftcenter and scored on Rolon’s single up the middle. Rojas’ towering blast to right with two outs in the fifth made it a 5-0 lead for the Patriots and Nazario’s solo homer to left pushed the advantage to 6-0.

In the seventh Vera led off with a double for CU and moved to third on Pablo Custodio’s groundout. Jacob Herrera’s sacrifice fly plated the run.

The Patriots got another run in the bottom of the inning when Leef was hit and Rojas singled, putting runners on the corners. Nazario’s groundout pushed across Leef for a 7-1 UC lead.