Cumberland Univ. at Campbellsville U. | May 04, 2019
BoxscorePlay-by-Play 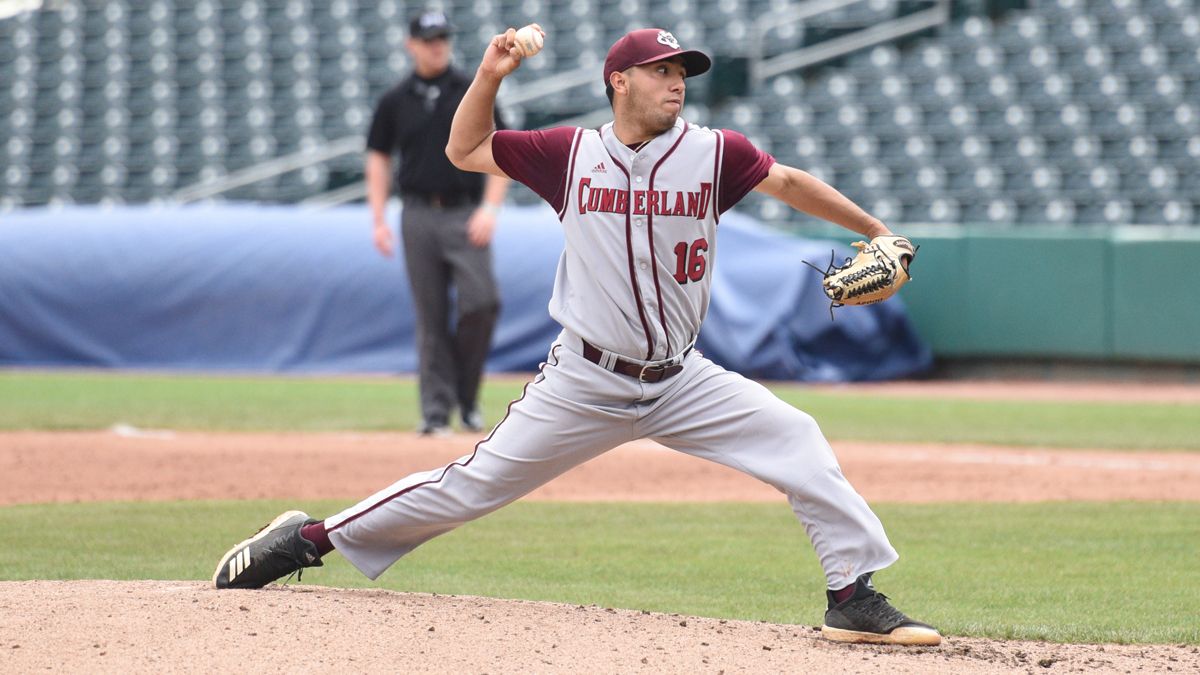 LEBANON, Tenn. – Campbellsville scored a pair of runs in the seventh and eighth innings and three Tigers hurlers limited Cumberland to just four hits in a 4-1 victory over the Phoenix in the championship game of the Mid-South Conference Tournament on Sunday in Bowling Green, Ky.

Cumberland (34-23) likely ended its season with Sunday’s loss in the championship game, though nothing is certain until the field of 45 teams is announced for the NAIA Championship Opening Round this Friday at 4 p.m. CT.

Senior Polo Portela, starting on two days’ rest, scattered seven hits with one walk and eight strikeouts over six-plus innings, leaving with a 1-0 lead and a run on first after a leadoff single from Campbellsville’s Chris Tatigue in the seventh.

The righthander worked out of jams in the first and third innings, inducing an inning-ending doubleplay in the first and getting a strikeout and a flyout with runners on second and third and one out in the third. He retired the side in order just once, in the sixth.

Cumberland held the 1-0 edge after an RBI double from Kyle Blackwell in the fifth inning, scoring pinch-runner Daulton Smith after a leadoff walk by Jacob Herrera.

The Tigers (31-18) finally broke through on a tired pitching staff for the Phoenix in the seventh, with a squeeze bunt by Marco Murillo tying the game before a sacrifice fly from Adbiel Morales putting Campbellsville in front.

Taitague doubled home a run in the eighth and the Tigers executed another squeeze play, this one by Cale Thompson, for a 4-1 edge.

Malcom Grady (2-1) tossed seven innings for Campbellsville to get the win, giving up one run on two hits with one walk and five strikeouts. He induced 10 ground ball outs and got one doubleplay to help his cause.

Gage O’Brien recorded the final out for his fourth save of the year after the Phoenix got the tying run to the plate thanks to singles from Jared Schmidt and Pablo Custodio in the ninth.

Thomas Galart (3-6) suffered the loss, pitching in his third game in four days in relief, allowing two runs on two hits with one walk in 1.1 innings. Custodio accounted for two of the club’s four hits in the contest. The Phoenix managed just seven total baserunners in the game.

Grady faced the minimum through four innings, hitting Custodio in the second, but he was erased on the doubleplay. Herrera walked to leadoff the fifth inning and Smith took second on a one-out groundout by Tyler Jones. After lining out sharply to rightcenter in his first at-bat, Blackwell laced a double to right, scoring Smith for a 1-0 CU edge.

Taitague’s single to start the seventh inning ended the day for Portela and Thompson bunted the runner to second. Austin Peterson followed with a single to left, putting runners on the corners, and Murillo’s squeeze bunt plated a run, with Cumberland failing to get an out on the play. Morales then lined out to left, scoring pinch-runner Lane Kashiwamura for a 2-1 Tigers advantage.

In the eighth Fonzo walked with one out and CU reliever Ryan Hill then entered and issued a free pass to Bailey. Taitague’s double down the leftfield line scored a run and Thompson put down another squeeze bunt, plating Bailey for a 4-1 Campbellsville lead.