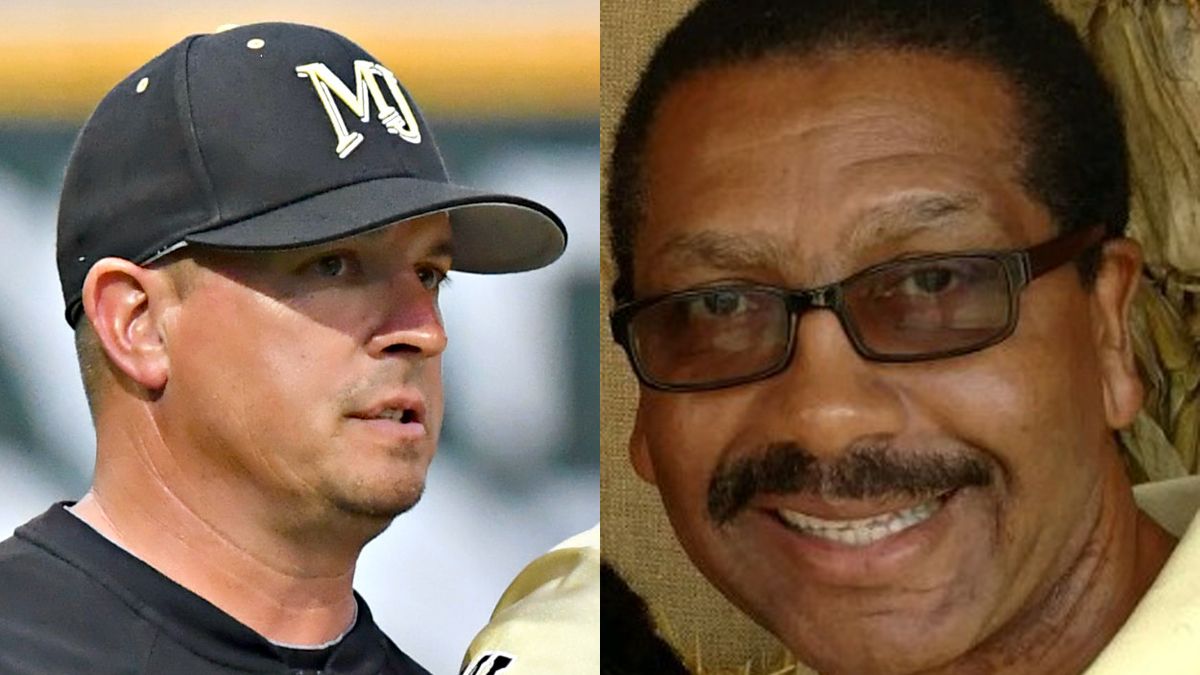 Mark Purvis (left), Ricky Collins (right) and the 1982-83 women's basketball team were announces as the Class of 2019 for the Cumberland Sports Hall of Fame.

LEBANON, Tenn. – Cumberland University announced the Class of 2019 for the Sports Hall of Fame, which includes for players Ricky Collins (basketball) and Mark Purvis (baseball) along with the 1982-83 women’s basketball team. Honorees will be recognized at the Hall of Fame dinner and banquet on Friday, October 25 in Baird Chapel on the CU campus.

Collins is a Nashville, Tenn., native who prepped at Pearl High School, starting three years and scoring over 1,000 points for long-time coach Cornelius Ridley. He played one season at Middle Tennessee State, helping the Blue Raiders to OVC regular season and tournament championships in 1974-75.

Collins transferred to then Cumberland College and was a starter and team MVP for a club that won the TJCAA East Division and state championships. The team lost in the semifinals of the region championships, just two wins shy of the NJCAA national tournament. He played his final two years in college at UT Martin.

Purvis was a four-year letterwinner for coach Woody Hunt from 1990-93, helping CU accumulate 173 victories and four TCAC championships during his career. He batted .325 with 37 doubles, 17 home runs, 127 RBIs and 162 runs during his four campaigns. Cumberland won the Region XI Tournament and finished third in the NAIA World Series during his senior year, with Purvis garnering All-Tournament accolades.

Purvis then served three years as an assistant with his alma mater, beginning a long coaching career. Cumberland won three more TCAC championships, advancing to the NAIA World Series in 1995 and 1996, including a second-place showing in 1995 and third in 1996.

Mt. Juliet collected nine district regular season and nine district tournament championships along with five region titles and eight sectional appearances. More than 100 of his players have played in college with three reaching the Major Leagues.

The 1982-83 Cumberland women’s basketball team, coached by Bud Childers, lost in the NJCAA national championship game in Senatobia, Miss., and featured 13 freshmen and one sophomore. The squad finished the year 33-4 overall, falling in the national title game to host Northwest Mississippi, 75-69.

CU won four games en route to the semifinals, knocking off top-seeded Gadsden State in the quarterfinals. Sherrie Chaffin and Nicky Neal were both named to the All-Tournament Team and Karen Scott received Honorable Mention honors.