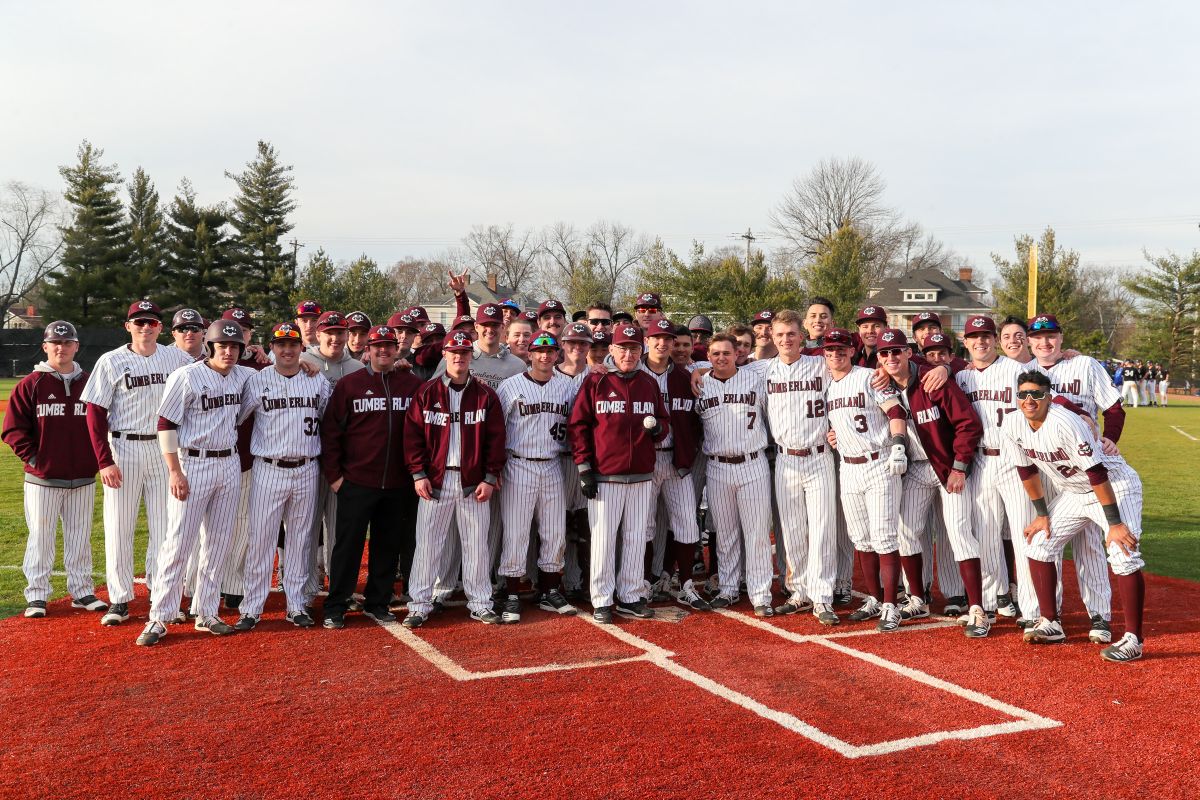 LEBANON, Tenn.- Cumberland trailed 7-4 with two outs and no one on and rallied to score three runs in the bottom of the seventh to send it to extras. The Phoenix walked off No. 10 Oklahoma City in the bottom of the eight on a throwing error to give Coach Hunt his 1,600 victory.

Zeke Maldonado posted one hit, two runs and three RBIs. Josh Morgan cranked his second home run of the year as well as scored three runs. Chandler Hughes went 2-for-4 with a double.

Oklahoma City opened up the scoring in the top of the first with a two run bomb to right-center field off the bat of Ty Williams.

Cumberland got on the board in the bottom of the second on a solo home run from Josh Morgan over the batter’s eye in center field.

Gunner Halter got the run back with a solo shot of his own to right center, 3-1 Oklahoma City after three innings.

Maldonado and Gordon were both hit by a pitch in the fourth bringing up Morgan to the plate and Morgan hit a chopper to third base that the 3rd baseman let go trying to make it go foul. The ball stayed fair and allowed Maldonado to score from second. Hughes and Bello added RBI singles to take the lead 4-3 after four innings.

Noah Barks doubled to right to open up the 5th frame and two batter’s later Halter went deep again to left field. Cross Factor singled up the middle and Williams roped a single to left field to give the Stars the lead again 6-4.

Oklahoma City would tack one more in the sixth with a home run to right center from Fredric Walter.

The Phoenix rallied with two outs in the seventh inning as Joey Fregosi drew a walk and Tyler Stokes singled. Maldonado roped a two-out double to left center to put CU down by one. Vera stepped up and singled to right center to bring home Maldonado and send it to extras.

First pitch of the top of the eighth inning Williams cranked his second home run of the game to put the Stars back up by one.

Morgan started off the eight reaching on an error by the short stop. Hughes doubled to right center putting runners on second and third with no one out. Oklahoma City elected to intentionally walk Brett Bello to bring up Nathan Vaughn. Vaughn popped out to the second baseman. Fregosi drew a hit by pitch to plate the tying run and Maldonado hit a grounder to the shortstop that he threw away to give the Phoenix a 9-8 walk-off win.

Cumberland will play again tomorrow at 11 a.m. with a double-header against Madonna and Oklahoma City.