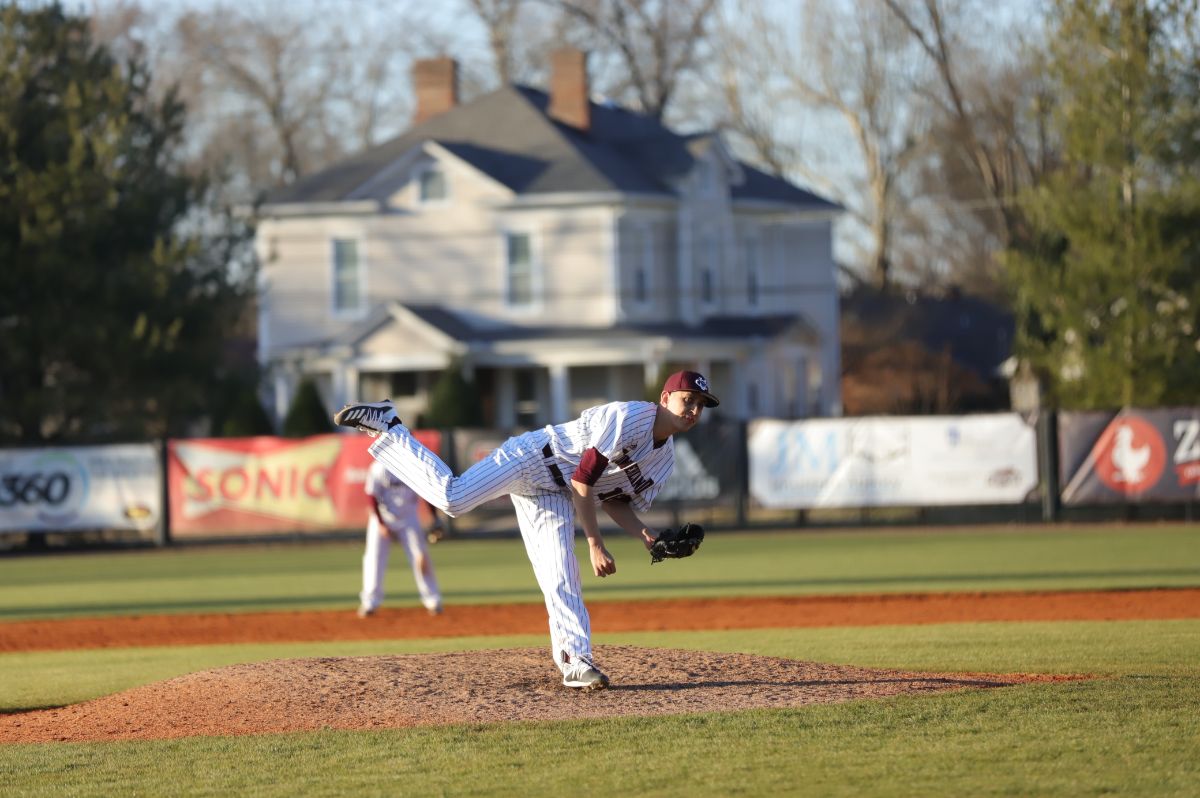 LEBANON, Tenn.-  Phoenix struggled in game one at the plate, but bounced back in game two for a 8-0 shutout victory against St. Francis. Daniel Alvarez dominated game two picking up 10 strikeouts and facing just one batter over the minimum.

Cumberland struggled with the bats only picking up four hits i and made two errors behind starter Seth Wyse that led to runs.

Wyse (0-2) threw 5 2/3 innings on the mound working out of trouble all game leaving several runners stranded on base. Wyse gave up six hits and six runs, but only one run was earned while punching out five hitters and walking four.

Wyse retired the first two batters of the second inning quickly, but John Peterson roped a double of the base of the batter’s eye. Noah Karako and Dolan Nicholson drew back to back walks to load the bases. Wyse was able to strand the bases loaded with a fly out to left field to keep it scoreless going into the third inning.

Wyse again worked out of a jam in the third as the leadoff man singled up the middle and stole second and third base with nobody out. Wyse retired the next two batters on strikeouts before forcing a ground out to Joey Fregosi at shortstop.

In the bottom of the third, Nathan Vaughn drew a two out walk after being down 0-2. Fregosi popped up in no man’s land for the first hit of the game for Cumberland. Tyler Stokes and Zeke Maldonado roped back to back RBI singles to give CU the lead. Vera hit a jam shot single over the first baseman to bring home Stokes for three two out runs in the third. Cumberland 3-0.

Foster Heise led off the fourth inning with a home run to right field followed by a single and a throwing error by the Phoenix to put runners on second and third. Nine-hole hitter Adam Cibulka picked up an RBI with a sac fly to left, St. Francis chips away at the lead 3-2 after four innings.

Peterson got the Saints going with a solid single back up the middle followed by another stolen base. Kararo hit a sharp ground ball to Vera and Vera sailed the throw to first allowing Peterson to score. Wyse walked back to back batters ending his day and leaving the bases loaded for reliever Wyatt Blessing. Blessing’s first pitch was a high fly ball that Josh Morgan could not track down the right field line clearing the bases on a triple. Saints led 6-3 after the top of the sixth.

The Phoenix could not get anything going against reliever Tyler Dome as he sit the Phoenix down in order since entering the game. Phoenix fall 6-3.

Daniel Alvarez dominated this game on the mound. He faced just one batter over the minimum, striking out 10 and only giving up two hits for the complete game shut out.

Phoenix strike first in the second inning as Mykel Gordon roped a double to left field, Josh Morgan moved him to third and Chandler Hughes brought him home on a line drive single. 1-0 Phoenix after two innings.

Cumberland strung a few hits together in the bottom of the third with two outs as Maldonado scorched a double down the third base line. On the very next pitch Vera hit a chopper through the left side. Gordon popped up to the second baseman to end the threat.

Cumberland tacked on four runs in the fourth inning on just one hit. Morgan led the inning off with a single and Hughes drew a walk bringing Bello to the plate with no outs. Bello dropped down a perfect sac bunt down the first base line and the third baseman’s throw pulled off the second baseman covering first. Vaughn and Fregosi each picked RBI walks and Stokes hit a sac fly to right field advancing Vaughn to third. Fregosi was picked off at first, but stayed in the run down long enough to allow Vaughn to score. After four innings 5-0 Cumberland.

Phoenix added three insurance runs in the bottom of the sixth after Vaughn and Fregosi drew walks and Maldonado hit a bomb to left center. His first home run of the season.

Alvarez finished the job in the top of the 7th for the second complete game shutout by a Cumberland pitcher this season.

These same two teams will close out the series tomorrow with a double header at noon central time.