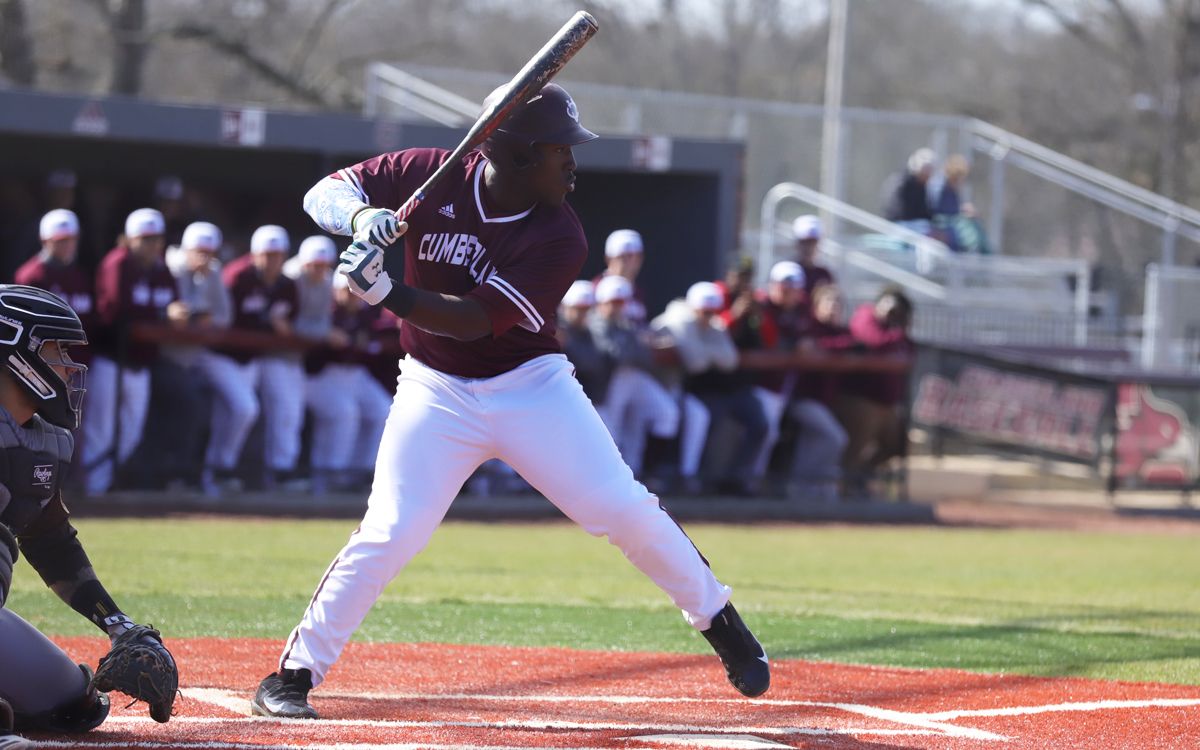 LEBANON, Tenn.- The Phoenix ended the weekend by going 3-1 against the St. Francis Fighting Saints, after going 2-0 in today’s matchup.

Cumberland dominated from the plate in game one as they were able to record 10 hits against the Saints, with Zeke Maldonado leading the team with three hits, while Tyler Stokes and Josh Morgan recorded two hits of their own.

James Hatcher (2-1) threw a complete game, as he gave up seven hits and three earned runs including one homerun. Hatcher punched out seven batters and walked none.

St. Francis starter Nick Villasenor threw three full innings giving up six hits and five earned runs, while on top of one homerun, with only one strikeout. Kyle Massaro came in to relieve Villasenor but the Phoenix were too much to handle as he gave up four hits and two runs while only striking out two batters.

Hatcher was able to strike out the two batters from the Saints as the other out came from a pop fly out by Nathan Vaughn in the beginning of the first inning. Stokes was walked by Villasenor, to send Maldonado to the plate where he hit a homerun into left field to put the Phoenix on the board first with a score of, 2-0 to end the bottom of the first.

Villasenor gave up two singles in the bottom of the second too Morgan and Chandler Hughes, which put Izzy Velez in perfect position to hit a double in left center field to allow Morgan to score. Nathan Vaughn came up to bat and hit a sacrifice fly ball to send Hughes home. Stokes came at bat and hit a single over the shortstops head to send Corey Perkins the pinch runner for Velez home. The Phoenix began the third inning with a score of, 5-0.

Hatcher started the new inning by recording one strikeout but then was matched as Peterson was hit by pinch, St. Francis Josh Tesch hit a single to right field to send Peterson home. Kevin Rada hit a single into right field for the Saints, which caused a fielding error by Morgan to allow the Saints to score their second run of the game, making the score 5-2, Phoenix lead.

Hughes helped manufacture a run for the Phoenix, as he was walked to first, stole second, then proceed to steal third, where he scored off of a throwing error by Rada, at the end of 5th inning. Phoenix added one more with a solo shot by Vaughn before ending the bottom of the sixth.

The Saints tried to fight back as Eric Maffe hit a homerun to right field but back to back ground out by the Saints ended game one with the Phoenix coming on top with a score of, 7-3.

Nick Hoefling started game two for the Phoenix tossing four innings. He gave up five hits with four runs, only three runs being earned, and struck out three batters while walking three.

The Saints struck first in the second inning as Kararo hit a sacrifice pop fly to send Shawn Harper to third while advancing Foster Heise to home. The Phoenix were able to match it, as Mykel Gordan roped a double down the left field line which allowed Jose Vera to score.

Joey Fergosi was able to connect on a two RBI single to center field which allowed Hughes and Gordon to score and increasing the Phoenix lead, 3-1. After a balk by St. Francis pitcher Alex Lemmons, the Phoenix were able to advance Perkins to home at the bottom of the 2nd.

A quick inning by the Saints in the top of the third, allowed Gordon to come to the plate and hit a towering homerun to put the Phoenix in a comfortable position as they lead, 5-1. St. Francis tacked on two quick runs as Kararo hit a single over Cumberland’s third basemen to send Harper to third. Harper then proceed to steal third to cut the lead down for the Saints. Hunter Darnell connected on a single to center field to send Kararo home, making the score after 4 innings, 5-3.

The Saints drew two walks by Cumberland’s new pitcher Matt Risko, which led to a sacrifice fly ball out in right field to send Peterson home for the Saints. Hughes was able to show his athleticism as he made a web gem diving catch in right center field to get the final out of the inning.

Cumberland was able to finish the game in the top of the 7th, as Risko struck out one and forced two grounded outs.

The Phoenix will be on the road to face against the #8-ranked Freed Hardeman in Henderson, Tennessee on Monday, February 24th at 3 p.m.