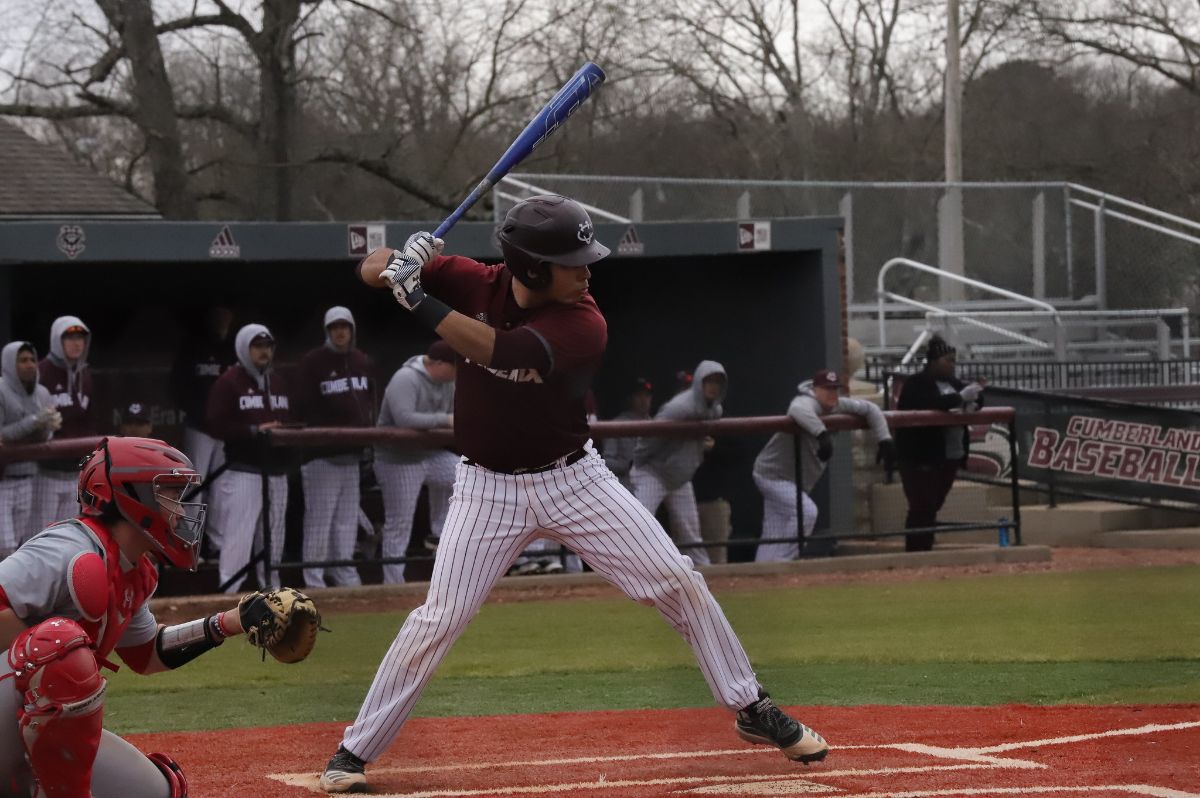 LEBANON, Tenn.-  Phoenix use big innings to take game one of the four game series. Cumberland was walked 12 times in the game and capitalized on errors by the Wildcats to win 14-3 in the seventh inning by run rule.

Cumberland (6-7) posted 14 runs on six hits while Indiana Wesleyan (3-6) outhit the Phoenix with nine hits, but their starter Puente struggled to find the zone walking six and hitting one batter in the first before being pulled.

Starter James Hatcher (3-1) went six innings giving up eight hits and three runs, two earned, and struck out three. He walked the first two batters of the game, but collected himself and finished with just those two walks. Alex Landis came in relief in the seventh inning giving up one hit, one walk and no runs.

Tyler Stokes is starting to come around for Cumberland as he hit his second home run in the past two games. Isidro Velez picked up three RBIs without recording an official at bat and Josh Morgan posted another multi-hit game.

Wildcats strike first after Hatcher walks the first two batters and advanced to second and third on a wild pitch. Denver Blinn hit a sac fly to center, but Hatcher worked around and stranded the runner on third with one out.

Phoenix scored for in the bottom half of the first. Indiana Wesleyan starter Janier Puente struggled walking the first three batters, hit Vera with a pitch to bring in a run and a walk to Gordon. Morgan roped a line drive single to right field to bring home Maldonado. Velez and Vaughn drew free passes to score runs. After one Cumberland led 5-1.

Wildcats put one on the board in the second Brenczweski reached on a fielding error and came around to score on a single from Miguel Fernandez, but Cumberland responded with a bases loaded walk to score, 6-2 after two.

Wildcats tacked on one more in the third with a towering home run by Tanner Killian over the trees in left field.

Velez and Vaughn both reached on a walk in the fifth inning and advanced on a passed ball by the Indiana Wesleyan catcher. Maldonado hit a hard ground ball right to the shortstop Fernandez that ricocheted off his glove into left field to score both CU runners. 8-3 Cumberland after five.

The Phoenix put a six spot in the sixth inning highlighted by a three-run bomb from Stokes over the batter’s eye in center field. Morgan hit a double off the base of the wall and a throwing error on a chopper to the pitcher brought both him and pinch-runner Cole Matherly home.

Landis sealed it in the seventh stranding runners on second and third for the 14-3 run rule win.