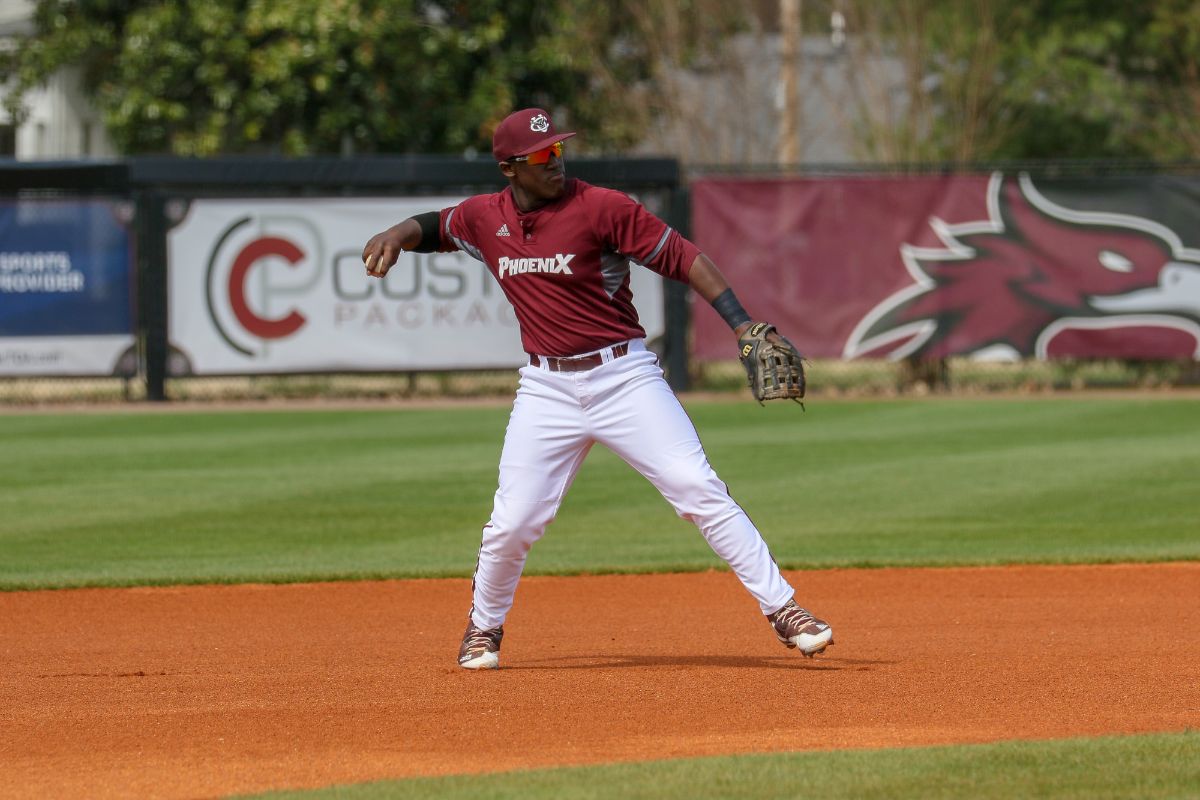 Cumberland (8-10) provided enough offense to win two games today, but two solo shots by Shawnee State in the eighth inning allowed the Bears to recapture the lead and hold on for the victory.

The Phoenix fell behind 2-0 early on after Damion Coleman belted a two-run shot for Shawnee State off of starter James Hatcher. Cumberland was able to chip back in the top of the third after Isidro Velez singled and courtesy runner Corey Perkins advanced to second on an error. He and Nathan Vaughn executed a double steal to set up a routine ground ball to the shortstop for one run.

In the fourth and fifth CU put up two runs for five unanswered runs. Zeke Maldonado started it off with a single up the middle and moved to second on a walk by Jose Vera. Maldonado swiped third and then scored on a throwing error by the catcher. Vera scored shortly after on a fielder's choice. Next inning, Stokes led off with a single before Mykel Gordon blasted the first pitch over the left field wall. 5-2 Phoenix after five innings of play.

Shawnee State put up four runs in the bottom of the sixth as they started to collect extra base hit after extra base hit chasing Hatcher out of the game after 5 2/3 innings.

Cumberland wouldn't go quietly as Gordon drew a leadoff walk and Josh Morgan belted his fourth home run of the season to give CU a one run advantage. Brad Smith entered the game to pitch and worked around back-to-back walks to strand the Bears and keep Cumberland ahead going into the eighth, but Shawnee State's George Duran blasted a solo shot to tie the game and two batters later and new Cumberland pitcher Matt Risko threw Ben Sellers a 2-0 cookie that he hit out to left-center.

The Phoenix went quietly to end the ninth.

Gordon hit his second home run of the day to get one run back in the fourth before Cumberland put up six runs in the fifth on five hits. Gordon singled in Tyler Jones before Morgan roped a single to left to score Joey Fregosi and Chase Ford. Vaughn was hit by a pitch to load the bases and Vera beat out an infield single to score Gordon. Morgan came around to score on a passed ball. Phoenix led 7-5 after five innings.

Cumberland added one more run in the sixth as Stokes reached on a fielding error. Back to back singles from Gordon and Morgan brought Stokes home. Shawnee State tacked on three runs to tie the game in the sixth as Duran led off the inning with a hit by pitch bring Coach Hunt out of the dugout to put in Nick Hoefling. Hoefling punched out the first batter, but a walk and a single scored Duran. Another walk loaded the bases and allowed Jacob Kline to hit a two RBI single into left field.

In the seventh, Chandler Hughes drew a one out walk and advanced to second on a passed ball. Tyler Jones hit a back side groundball to move Hughes up 90 feet and then a passed ball brought him in. Kobe Carter would hold off the Bears in the seventh for his first collegiate win.