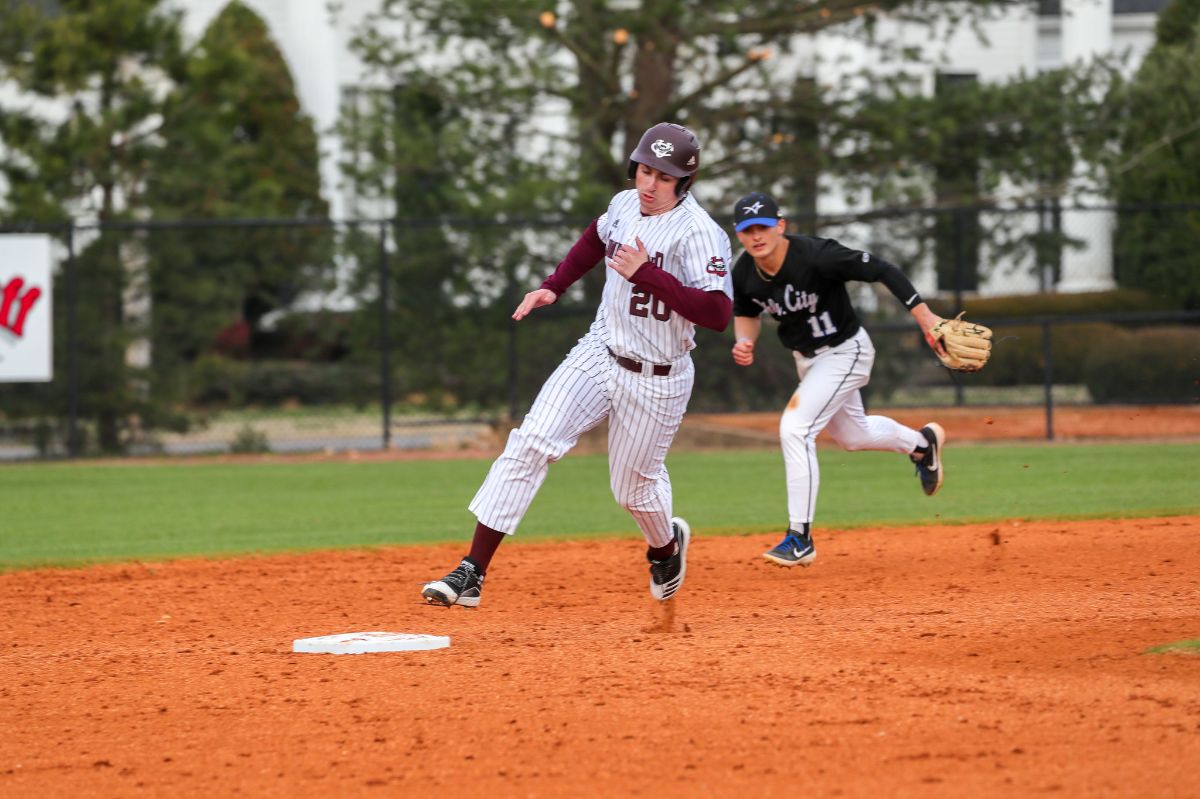 PORTSMOUTH, Ohio--Cumberland came out hot putting up five runs in the first and third inning, but Shawnee State charged back into the game with a pair of four run innings. Josh Morgan hit a two-run homer for insurance in the top of the ninth as the Phoenix hold on for a 13-10 win.

Phoenix starter Seth Wyse pitched into the eighth inning giving up 12 hits and eight runs, seven earned. He punched out four batters while only walking two. Wyatt Blessing came in relief for 2/3 of an inning punching out two and walking two before being pulled for Brad Smith. Smith closed out the final 1 1/3 innings giving up one run and striking out one batter.

Cumberland picked up where they left off swinging the bat very well. Fregosi walked to open up the game before Stokes hit his team-leading fifth home run of the season over the center field batters' eye. Gordon walked to get things rolling again after the home run followed by a single from Morgan. Tyler Jones and Jose Vera each walked to bring in a run before Shawnee State pulled their starter Ryan Lambert for Kellen Ingram. The new arm did not fare much better walking Isidro Velez for another run and a passed ball allowed Jones to score.

The Bears got one run back as starter Seth Wyse gave up a leadoff single and a double to the second batter. After a strikeout, the clean-up hitter Levi Jones groundout to Fregosi at short as the Phoenix traded a run for an out. Cumberland led 5-1 after the first frame.

Nothing doing for either team in the second, but the Phoenix hung five runs in the third as Velez and Ford leadoff with back-to-back singles. Fregosi doubled to the left-center gap to score Velez. Stokes walked and Gordon singled to right for another RBI. Morgan doubled the left field line for two more runs. Phoenix led 10-1 after three innings.

Cumberland manufactered one run in the fifth as Fregosi walked to open the frame. He swiped second before Stokes walked and Gordon hit another single for his sixth hit of the series. Morgan hit a deep fly ball to right field foul territory for sac fly, 11-1 after five.

Shawnee State would not go quietly as they hit five hits and brought home four runs, CU up 11-5 after six.

Wyse pitched into the eight inning before giving up one run after a pair of singles and a walk ending his day. Reliever Wyatt Blessing punched out the first two batters he has faced, but allowed one run to come in on a wild pitch. Following the strikeouts he walked back-to-back batters bringing in Brad Smith. Smith allowed a single to score one more run for the Bears, but ended the threat with a strikeout.

Cumberland scored two runs in the top of the ninth to provide some insurance as Gordon was hit by a pitch with two outs and Morgan went down and hit a low ball out of the yard for a 14-9 lead headed to the ninth inning.

In the bottom of the ninth, Smith allowed the first three batters to reach before a sac fly brought home one run. He picked a big strikeout with runners on first and third and picked up a fly ball out to end the game.

Phoenix will return home on Tuesday for a game with 18-ranked Bryan College. First pitch is scheduled for 2 p.m.