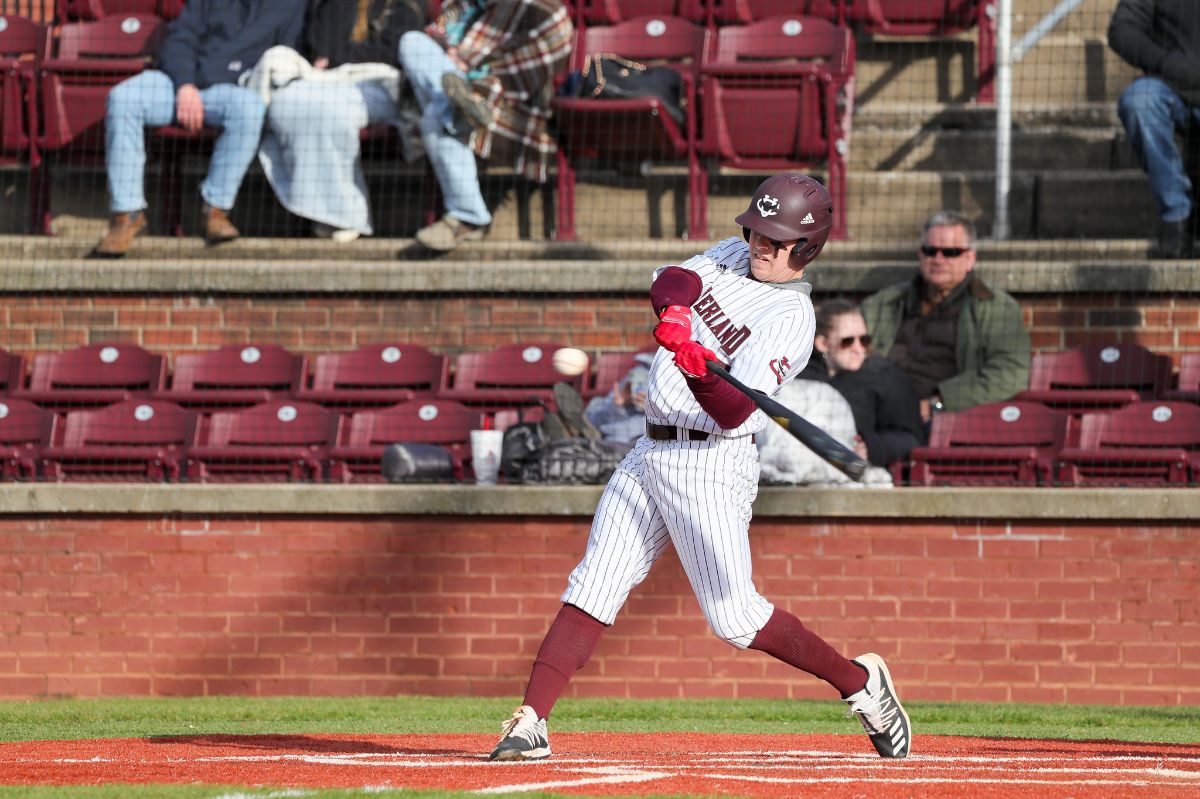 ATHENS, Tenn.--Tennessee Wesleyan University used big innings to take a 12-2 victory as the Bulldogs scored three times in the first to set the tone for the game.

Cumberland (9-11) started off slow giving up three first inning runs to the Bulldogs. Starter Christian Straub (0-2) drilled the first batter of the game which then opens up the door for Gary Mattis who doubled to the opposite field and Alex Flock singled in both runners. With two outs, Chase Fullington drove in courtesy runner Tucker Mendhall.

The Phoenix got two runs back as Jones led off the inning with a single to left field and Chandler Hughes put a bunt down in the perfect spot for a hit. Bulldog starter Landon Walker threw the ball away allowing Jones to advance to third base. Isidro velez hit a sharp groundball at the shortstop, but Johsmel Rodriguez threw that ball away allowing both Hughes and Jones to score.

After two innings of scoreless action, Tennessee Wesleyan hung a five spot on Cumberland. Straub hit back-to-back batters to lead off the inning ending his day. Relief pitcher Jordan Burdette gave up a double to Flock for his third and fourth RBI of the game followed immediately by a double from Christopher to plate Flock. A throwing error brought in courtesy runner Mendhall for his second run of the game and Jermayne Ward singled in Rodriguez. Bulldogs led 8-2 after four complete innings.

Cumberland was shut down over the rest of the game as starter Walker tossed six complete innings giving up the five its Cumberland posted and two runs, but both were unearned. Walker punched out six batters and walked just two.

Tennessee Wesleyan ended the game early with a four run seventh inning highlighted by a three-run homer by Christopher to give the Bulldogs the 12-2 run rule victory.

Cumberland is scheduled to travel to Georgetown College this weekend with the doubleheader starting on Friday at noon central time.

Georgetown athletics is highly encouraging fans to not attend the games outdoors. They will not have concessions or bathroom facilities available.