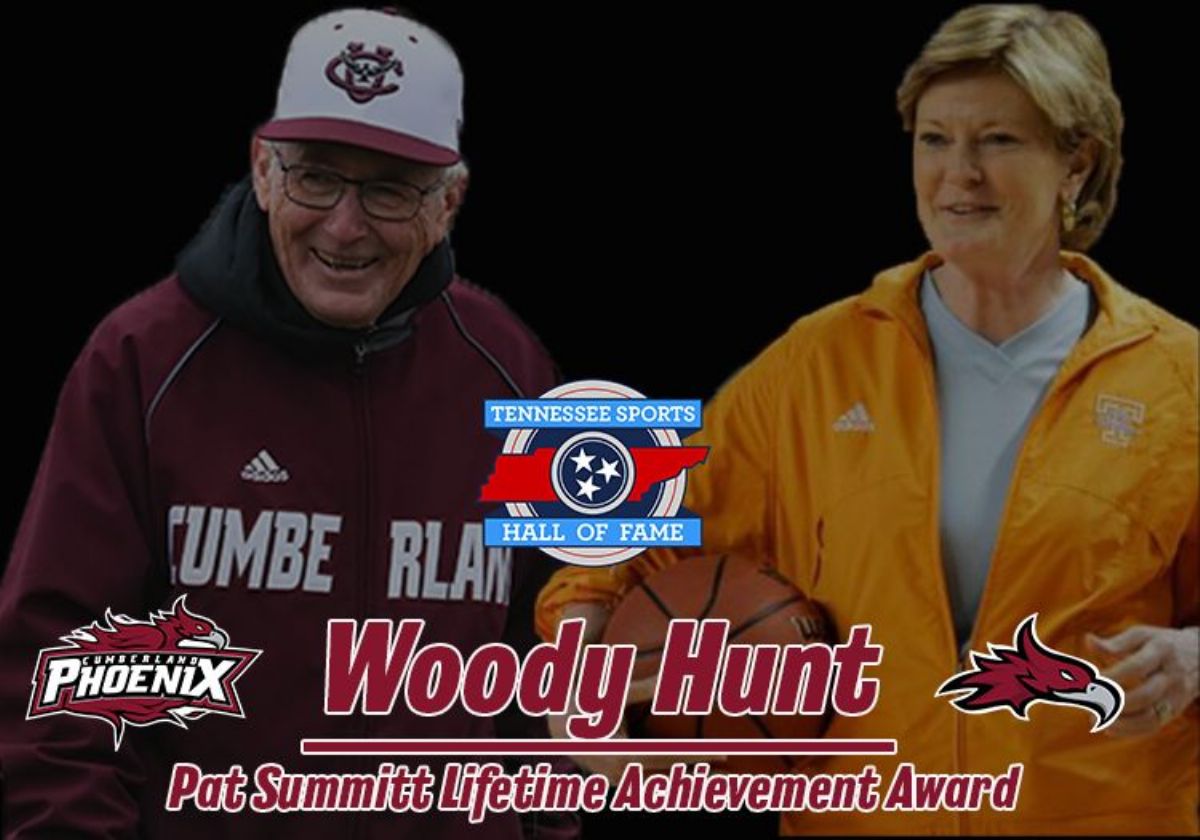 NASHVILLE- Cumberland Hall of Fame baseball Coach Woody Hunt has been named the 2019-20 recipient of the Pat Summitt Lifetime Achievement Award by the Tennessee Sports Hall of Fame, the organization announced Wednesday.

The Pat Summitt Lifetime Achievement Award is given to coaches who have led their teams in excellence, cultivating talent in athletes and are a shining example of mentorship and character within the sports industry.

"To get the award that is named after Pat Summitt is very humbling. She is one of the greatest coaches in any sport of all-time," Hunt said.

Hunt surpassed 1,600 career wins earlier this season with a walk-off victory over Dennie Crabaugh's Oklahoma City Stars. He is one of just seven collegiate baseball coaches of any level to pass 1,600 victories and just one of three in the NAIA.

The Tennessee Sports Hall of Fame Induction Banquet is scheduled for Saturday, August 1st at the Omni Nashville Downtown.