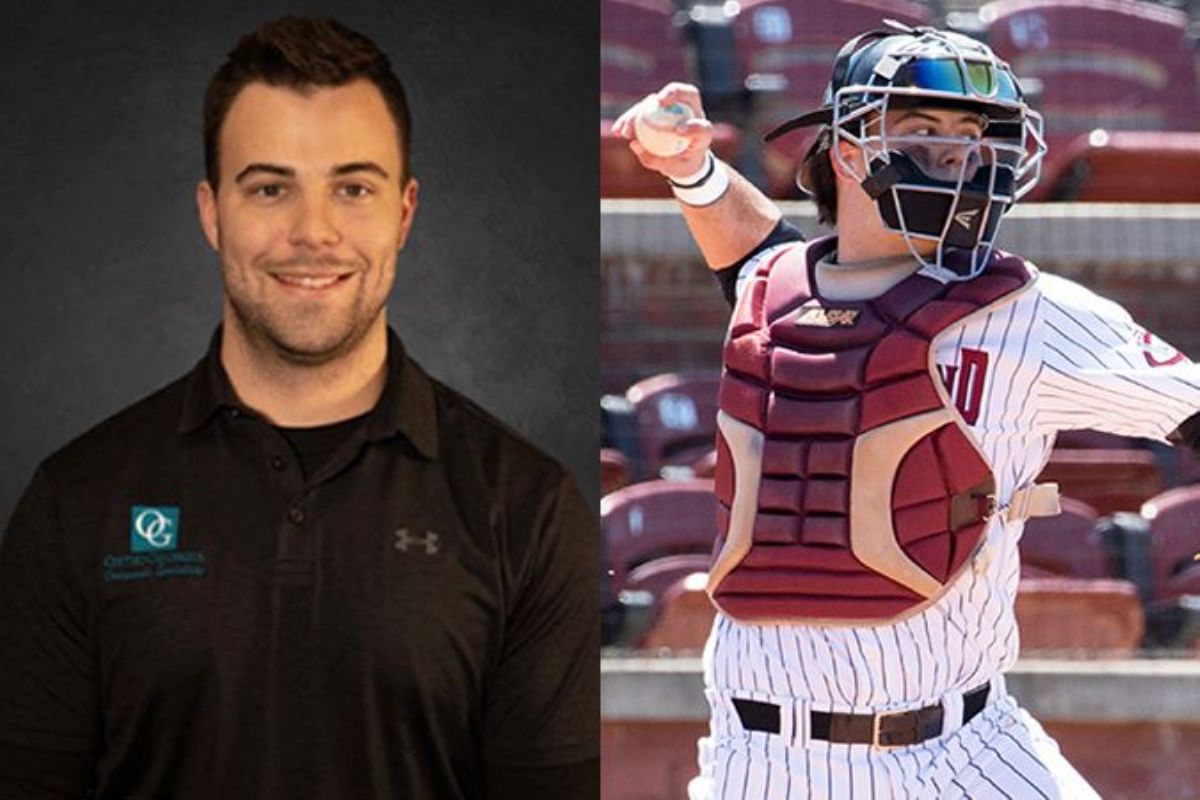 LEBANON, Tenn.—Former Cumberland baseball national champion and 2015 graduate, Dr. Tyler Alford, has moved from the diamond to the healthcare world working as a physical therapist in Macon, Georgia.

The Knoxville, Tenn., native graduated from Powell High School where he earned three letters in baseball. Alford earned All-Region Honorable Mention in 2010 and 2011 while also being named the Team MVP at Powell.

“Having a chance to play for Coach Hunt and at a place close to home was very special to me. The school offered me an avenue to eventually reach my dreams. It was a no brainer. Not to mention the baseball field is one of the nicest in the state of Tennessee,” Alford said about choosing Cumberland.

Alford had the chance to play baseball under Hall of Fame baseball coach Woody Hunt and the experience that he has learned from Coach Hunt and the Cumberland baseball program are lessons that he carries with him every day.

“I was blessed with many valuable lessons from a Cumberland legend, Coach Hunt. Having the chance to play in his program taught me lessons that I continue to implement daily. I believe I was made a better person, player, and student having played under Coach Hunt. Daily lessons regarding work ethic, teamwork, having and knowing your purpose, competitiveness, desire to be the best, and striving to be the best the man I could be would just begin to scratch the surface of these lessons,” Alford stated.

He had a very good career as the Cumberland backstop for four seasons. He played in 196 career games making 157 starts from 2012-2015. He ranks 14th in at-bats on the Cumberland All-Time list.

He was apart of 142 wins for the Cumberland program including the 2014 national championship where Cumberland defeated host Lewis-Clark State 3-0. Alford had a tough year offensively that season, but if you ask him that wasn’t important because the result at the end of the year is a lifetime achievement.

“That was an unbelievable team and I have many incredible memories that I’ll never forget. Many of the relationships I made from that team are ones that I will cherish forever,” Alford said.

He did help the pitching staff post a 3.25 ERA in 2014 god enough for 22nd in the NAIA that season for a staff that tossed the most innings in the country.

Alford’s best season came his senior year in 2015 when he was arguably the best hitter on the team. He hit .331 that season with two home runs and 24 RBIs. He was on base 41.7% of the time that season. Defensively, he caught 17 runners trying to steal a base, throwing out 44% of people that ran on him that season.

“Tyler had a great career here at Cumberland. He was a great student-athlete and an incredible person. His senior year he stepped up in a big way for us and helped lead the team,” Coach Hunt said. “He has done very well in his profession and will continue to do great things.”

Outside of baseball, Alford worked three years as a resident assistant and spent time working with the maintenance department.

“I really did anything that I could to try to expand myself as far as I could and grow as much as possible during my time at CU. I was blessed with many opportunities around the school and met a lot of great people during that time,” he said.

Alford graduated from Cumberland in four years with a bachelor's in science and health and human performance in 2015. He later went on to the University of Saint Augustine for health sciences and received my doctorate of physical therapy in 2018.

He now lives in Macon, Georgia, and works as an Orthopedic Physical Therapist for OrthoGeorgia Orthopaedic Specialists. He and his colleagues have been very fortunate to not have to deal with many COVID-19 cases however his everyday life has changed.

“Unlike so many that have been deeply affected by this virus, I have been very fortunate in not having to alter too many things a great deal at this time. It’s been a really tough time around the country and around the southeast, but luckily we have been fortunate enough to continue to work while taking immense precautions to maintain the health and well-being of our patients as well as ourselves,” he said.

“The only thing I really can’t do is go out to eat or go to church which is minute compared to some. Many others have far worse situations around the country and the world.”

Alford is strong in his Christian faith and says that he strives daily to work for Him as that is what keeps him going through trying times.

“I know that I serve a power much greater than that of this world, and while things don’t always make sense, God has a plan and is always in control. My savior, Jesus Christ, provides me comfort and strength to continue to move forward,” Alford said.

“I have seen communities ban together to pay attention to rules and regulations regarding precautions and shelter in place recommendations. I’ve been encouraged to see those helping their neighbor bring medicine, groceries, and any other supplies that may be needed to those who are more susceptible to COVID-19,” he continued. “It has brought me hope that as we continue to move forward through this pandemic, that we will come out stronger than we were before.”

Alford states that the building blocks for his life have come from what he experienced at Cumberland, from the highs to the lows. They have helped him grow and shape him into who he is today.

“I have been fortunate enough to travel over the last few years and meet some incredible people, see some incredible places, and make many memories that I will never forget. Cumberland helped lay the foundation of my life by providing me the tools to one day be successful as a PT. I am forever grateful to be an alumnus of such a prestigious university.”

Cumberland University Athletics would like to thank Tyler and all healthcare workers for the work they have put in over these past few trying months and the work they will continue to put in.