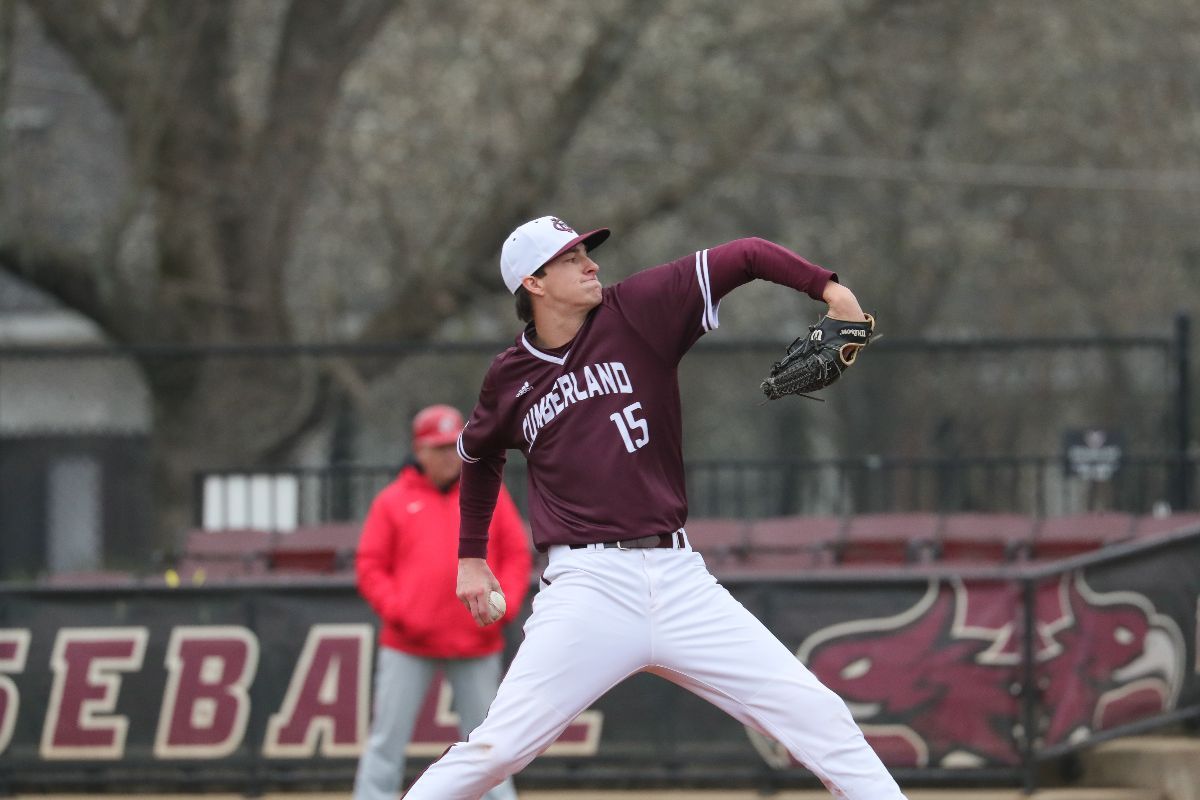 WALESKI, Ga.--Cumberland ended its weekend trip to Georgia with a 2-1 series victory over 17th-ranked Reinhardt, sealing the win in a 6-5 battle and winning their first series of the season.

The Phoenix threatened early with Joey Fregosi in scoring position and two outs on the inning. However, Fregosi was tagged on a fielder’s choice to end the inning. The Eagles experienced a similar experience in the bottom of the inning, putting Nick Sanders on second. The next at-bat, Alvaro Valdez whiffed to close the first.

Cumberland only saw four plate appearances in the second inning, making way for a go-ahead second inning for Reinhardt. After a sacrifice bunt to advance the two, Gianmarco Marcelletti and Blake Rogers both scored on a Jacob Profit double. From here, the Eagles sputtered out on offense, stranding two going into the third.

The Phoenix answered in the following half-inning. After reaching on a walk, Andrew Martinez stole second and advanced to third on a wild pitch. Pablo Custodio singled a pitch later, and Martinez scored. Fregosi flew out, Mykel Gordon singled, and Perkins entered as a courtesy runner for Custodio. After Tyler Jones went down swinging, Tyler Stokes belted a three-run bomb to put the Phoenix up 4-2 in the third.

Reinhardt unable to answer, sent 4 batters to the plate and returned 3. This put Cumberland in the driver’s seat of the game. In the fourth, Custodio took the first pitch he saw out of the stadium. Halfway through the game, the Phoenix sat on a commanding 5-2 lead, powered from the bats of Stokes and Custodio, as well as the superb pitching of Nick Hoefling.

Throughout the rest of the game, Reinhardt inched closer and closer, scoring a single run in the fifth, sixth, and ninth innings. Fregosi knocked in Martinez in the sixth for the Phoenix, giving them a 6-4 lead until Reinhardt’s last-ditch effort in the bottom of the ninth. This resulted in a 6-5 game that never truly played as such.

Stokes highlighted the morning for Cumberland, going 2-4 with 3 RBIs, all coming on the homer. Custodio also had a round-tripper, capping a 2-5 day with a lone K. Fregosi had the highest game average, going 3 for 5 on the day. A combined effort from Hoefling, Smith, Caleb Lathrop, and Zavien Lindsey held Reinhardt’s offense to 9 hits on 34 at-bats.

The Phoenix will continue their road trip with a stop at Truett McConnell on Wednesday, February 10. Following this game, the Phoenix look to make plans for Valentine’s weekend before a battle with Indiana-Kokomo to start their first home series on February 19.