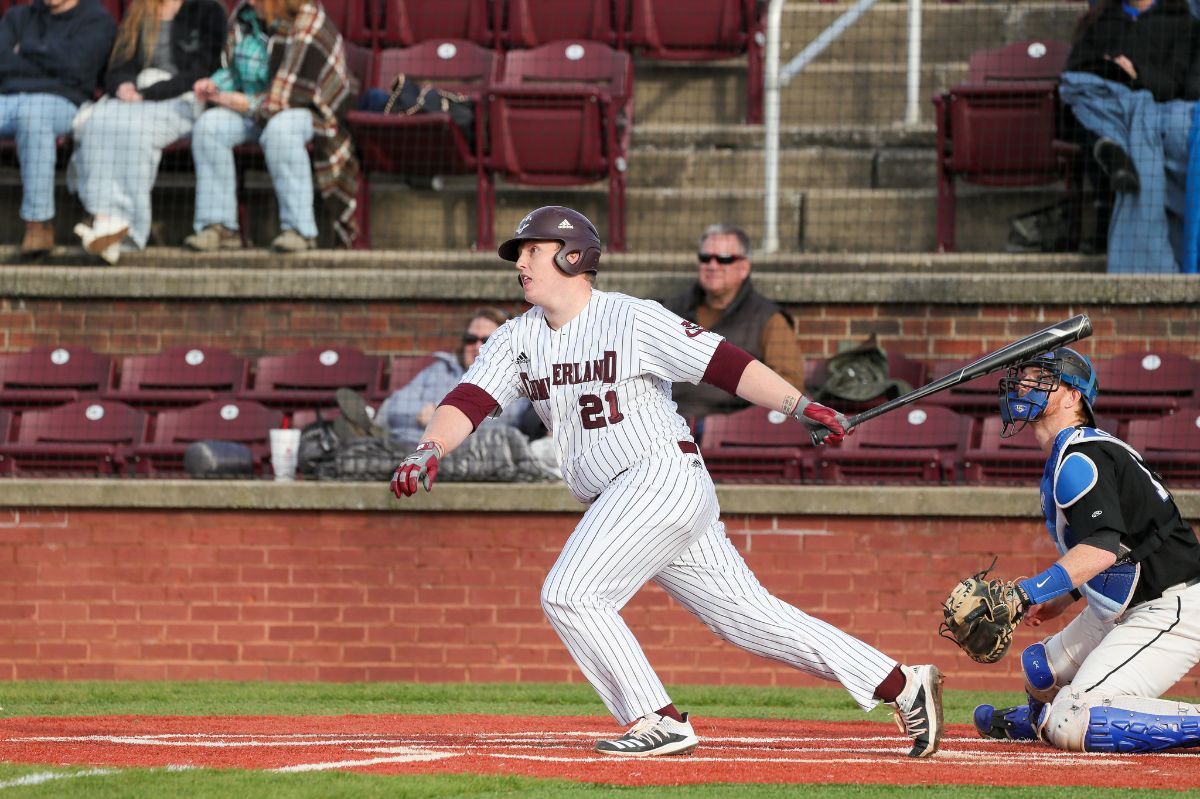 Tyler Jones went 3-4 with a grand slam in game one. (Credit: Steve Wampler)

MT. VERNON, Ga.--Cumberland baseball gets the split on day one after the bats came alive in the first game to pound out 14 runs, but the Phoenix ran into a buzzsaw on the mound in game two.

Cumberland scored first in the top of the first as Custodio and Fregosi roped back-to-back doubles. Hooper Mills got the start on the mound and gave up four runs in the bottom half, but settled in the rest of the game.

Trailing 4-1, Tyler Stokes led off the second with a bomb to left field sparking CU to a 10-run inning. Tyler Jones hit a grand slam after Cumberland batted around in the lineup to cap the 10 runs. The Phoenix led 11-4 after two innings.

Mills tossed 4.1 innings giving up five runs on six hits en route to his first win of the season.

In-game two the Phoenix ran into a tough arm and only picked up one hit off of Brewton Parker's Benjamin Harris. Harris threw a complete game with 14 strikeouts on 73 pitches.

The games originally scheduled for Saturday were moved up to Friday starting at 11:00 a.m.