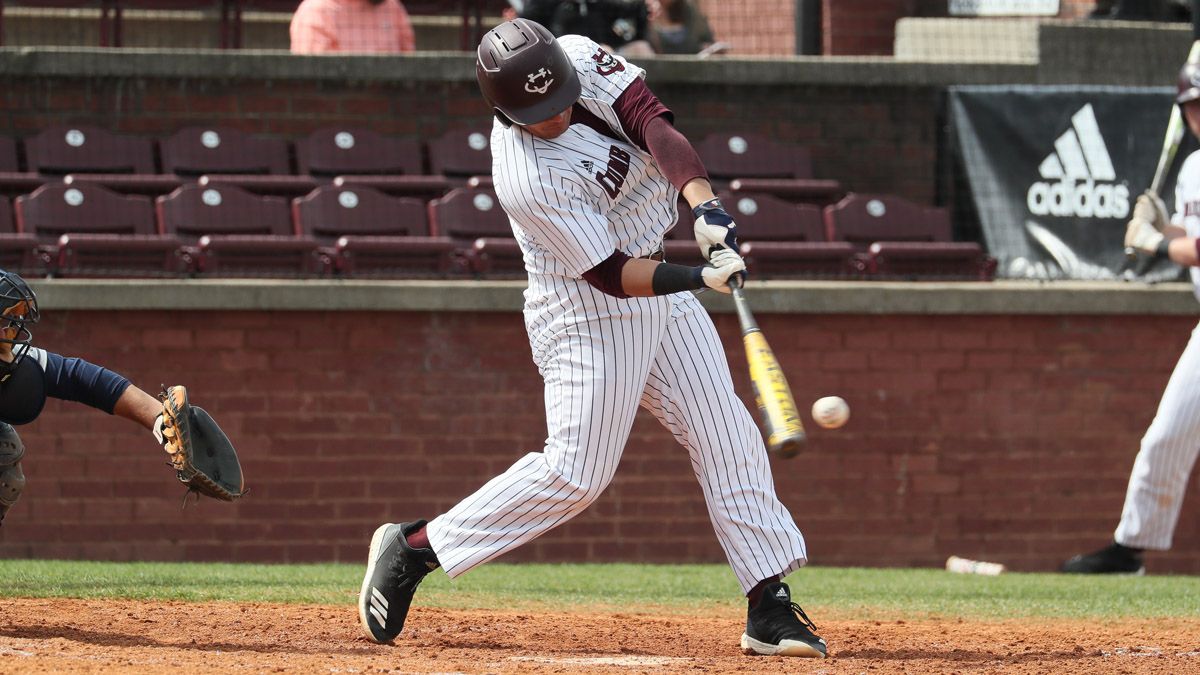 MARION, N.C.--Pablo Custodio's 5-RBI day was enough for the Phoenix to pick up a 7-4 victory over Montreat on the first day at the Battle at Big League.

Custodio ripped a grand slam in the fifth inning to give Cumberland a 5-4 lead late in the game and tacked on another RBI in the seventh before Zavien Lindsey closed the door for his fourth save of the season.

Joey Fregosi and Andrew Martinez continue to wreak havoc at the top of the lineup as Fregosi notched two hits in three at-bats scoring two runs and one RBI and Martinez posted a hit with two runs scored as well. Mykel Gordon added an insurance RBI in the seventh inning.

Cumberland starter Payton Rice (1-1) struggled in the first inning giving up four runs, none earned, on three hits and two walks, but settled in nicely to pick up his first win as a Phoenix. Rice finished the game tossing six complete innings punching out eight, walking four, and gave up zero earned runs.

Zavien Lindsey slammed the door shut in the seventh striking out the first three batters in order for his fourth save of the season.

Montreat starter Jared Drayton suffered the loss. Drayton worked out of trouble all game before the Phoenix big blow in the fifth inning. Drayton gave up five earned runs on three hits and seven walks. He struck out five batters.

Montreat was on the board first, after the first batter reached on a Fregosi throwing error. Rice walked the next batter and gave up a single to Rey Gonce to load the bases. Rice walked Chase Bruno to for the Cavaliers' first run, a sacrifice fly by Tarik Lashmashingh brought in the second run. Back-to-back singles from Chris Wright and Norman Kelley pushed across two more as the Cavalier took a quick 4-0 lead.

Three innings went by without any action before the Phoenix broke through with five runs in the fifth.

Josh Morgan, Chandler Hughes, and Martinez drew free passes from Drayton to load the bases. After a meeting at the mound, Fregosi drew a free pass to score Cumberland's first run. Three pitches later, Custodio launched his third home run of the season over the left-field fence for a grand slam and a 5-4 lead.

Rice faced the minimum in the bottom half of the fifth and walked just one runner on in the sixth before getting a ground ball to second base to end the inning.

Cumberland tacked on two more runs in the top of the seventh, Martinez led off the inning with a single and Fregosi hit a hot shot past the diving shortstop to put runners on first and second. A passed ball advanced both runners 90 feet and Custodio hit a grounder to bring home Martinez. Gordon followed with a fielders' choice RBI himself with a groundball to the shortstop to make it a 7-4 game headed to the seventh.

Lindsey slammed the door shut on the Cavaliers punching out all three batters he faced to pick up the save.

Cumberland will be back in action at the Battle at Big League tomorrow at 7:00 a.m. central time against Point Park and at 4:00 p.m. against Midway.