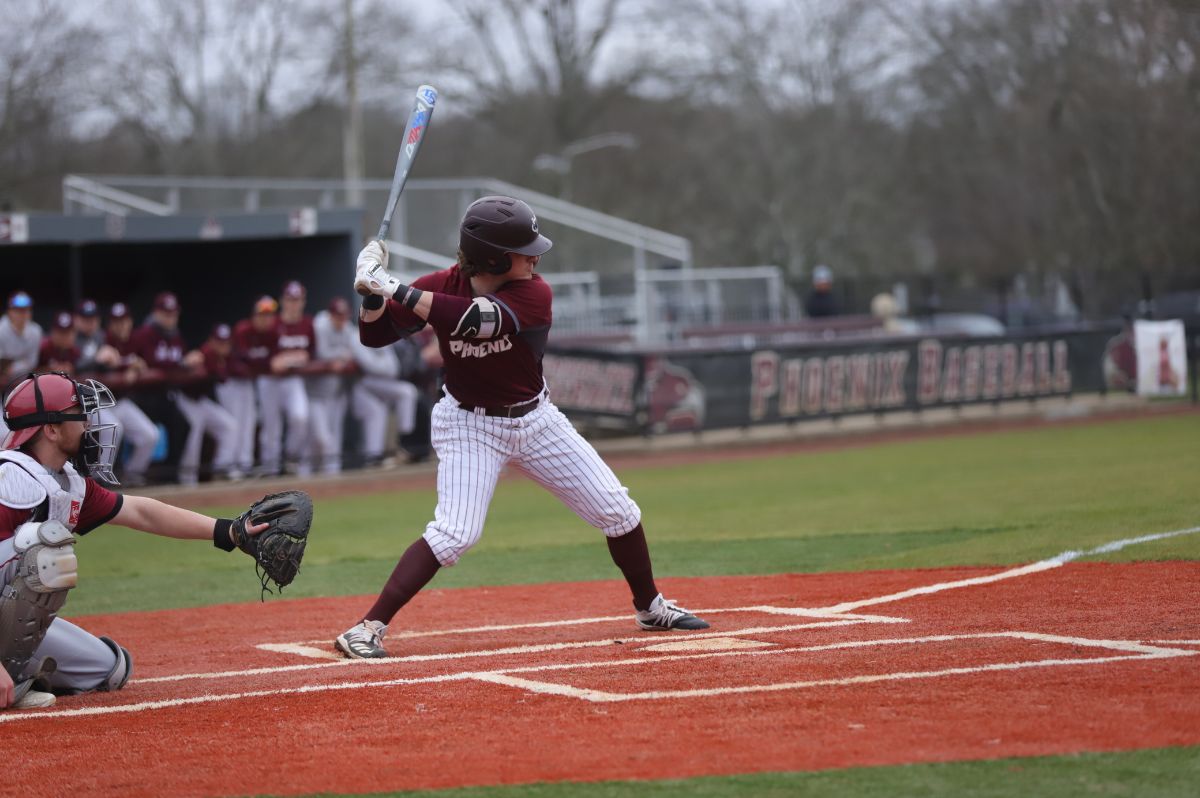 MARION, N.C.--Cumberland cranked three home runs, but it was not enough to match Point Park in Cumberland's final game at the Battle at Big League.

Cumberland (7-5) outhit the Pioneers 8-7, but punched out 10 times and stranded seven runners on base. Andrew Martinez and Ethan Shelton each hit solo home runs and Tyler Stokes hit a two-run shot for the only runs scored by Cumberland. Starter Daniel Alvarez was chased in the fourth inning after giving up seven runs, four earned, on six hits, two walks, and struck out six. Seth Wyse tossed an inning and a third walking two and striking out two and Zavien Lindsey threw the sixth inning giving up one run on one hit and one walk.

Point Park (3-1) swept the Phoenix while in North Carolina picking up a 2-1 win Saturday morning and a 8-4 victory Sunday afternoon. The Pioneers started Christian Negron picked up the win tossing 4.1 innings and giving up four runs on seven hits. Ruben Ramirez came out of the pen and closed the final 2.2 innings allowing just two runners to reach base.

The Phoenix jumped on top first in the second inning when Ethan Shelton went deep for the second straight game. Custodio smoked a single up the middle and Stokes jumped on the first pitch and hit it over the left field fence to give Cumberland a 3-0 lead in the second.

In the bottom half of the second, Andrews led off the inning with a single and Morillo drew the free pass to put runners on first and second. Pelaez reached on an error that allowed Andrew to come in and score. After a sac bunt to advance the runners to second and third, Mujica roped a single to center field to bring home both runners and tie the game.

In the bottom of the fourth, Pelaez and Mejia hit back-to-back singles to lead off the inning and Mujica was drilled by a pitch to lead off the inning. Alvarez was able to get the force out at the plate from Hernandez, but the next batter roped a two-run double to give the Pioneers a 5-3 lead. Two batters later, Alvarez tossed a wild pitch that brought home Hernandez, Point Park led 6-3 after four.

Cumberland would get one back in the fifth after Martinez crushed his third home run of the season, but this drew the end of the day for starter Negron and Ramirez shut the door on the Cumberland offense.

Point Park would tack on one more in the sixth as the Pioneers loaded the bases and Lindsey walked in a run. The Phoenix went quietly in the seventh inning losing 8-4.

Cumberland is scheduled to have their home opener this Tuesday against No. 11 Indiana-Southeast at 1:00 p.m.