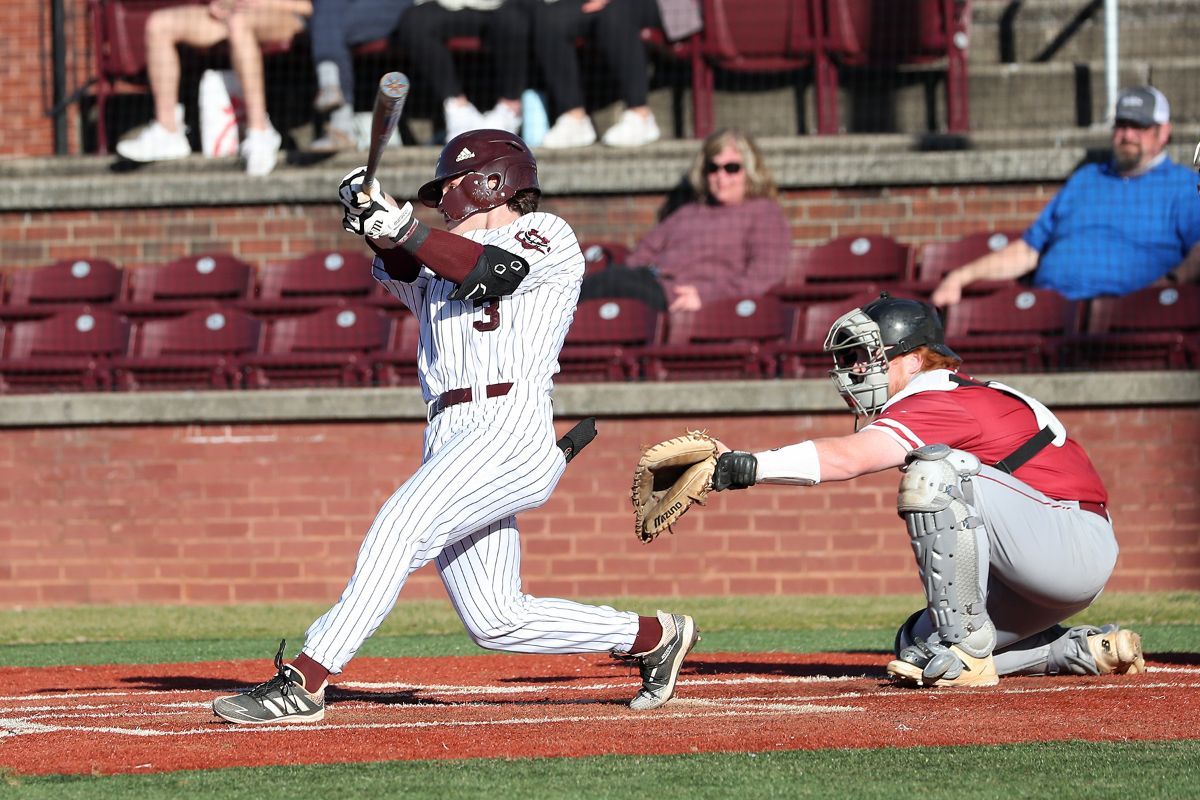 LEBANON, Tenn.- Despite striking out 11 times through 8 innings, the Phoenix were able to knock off the Grenadiers of Indiana Southeast 8-5.

Jordan Burdette received the nod for the Phoenix after a trio of successful relief appearances, and he was set to face senior righty Jared Jones of IU Southeast. While he threw exceptionally well early, Burdette’s start turned sour during a string of five straight walks in the top of the fourth. This put a five-run blemish on his ERA.

With a Mykel Gordon and Tyler Stokes home run pair in the second inning, the score was 5-4 in favor of the Grenadiers halfway through the game.

Wyatt Blessing relieved Burnette, but he was kept on a short leash. After only tossing 1.1 innings, freshman righty Kaleb Vaughn took over on the bump. Vaughn became the pitcher-of-record with 3.1 innings pitched, giving up one hit and one walk. This later turned into a win for him, as Zavien Lindsey put the final two Grenadiers out for yet another save on his 2021 resume.

As for the Phoenix hitters, they seemed to be baffled by Southeast southpaw Gavin Knust. Knust struck out the side in his first inning of relief, and he tossed two more Ks in the following frame.

Once Knust started to burn out, it became apparent that the Grenadiers would have to resort to “Johnny Wholestaff” to finish the game. Brenden Bube came in after Knust, and he was rocked for 3 runs without recording an out. From here, lanky Lane Oesterling threw to 2 batters before getting removed, and Trevor Reynolds closed up shop.

Southeast only walked four batters through the game, so timely hitting from the Phoenix is what brought about an 8-run effort. Cumberland was 3-for-5 with runners in scoring position, but Southeast was a mere 1-of-7. The Phoenix batted a stout .313 on the day, as they came back from a 5-4 trail to improve to 8-5 on the year.

After the game, a heartfelt moment was shared by the two coaching staffs, as retiring Cumberland legend Woody Hunt snapped a photo with second-year Grenadier assistant coach and former MLB speedster Dave Collins.

The Phoenix now stands at 8-5, and they will travel to Kentucky to battle the Tigers of Campbellsville University, who have yet to play a game due to COVID and weather constraints. The link to the game can be found right here on https://www.gocumberlandathletics.com/