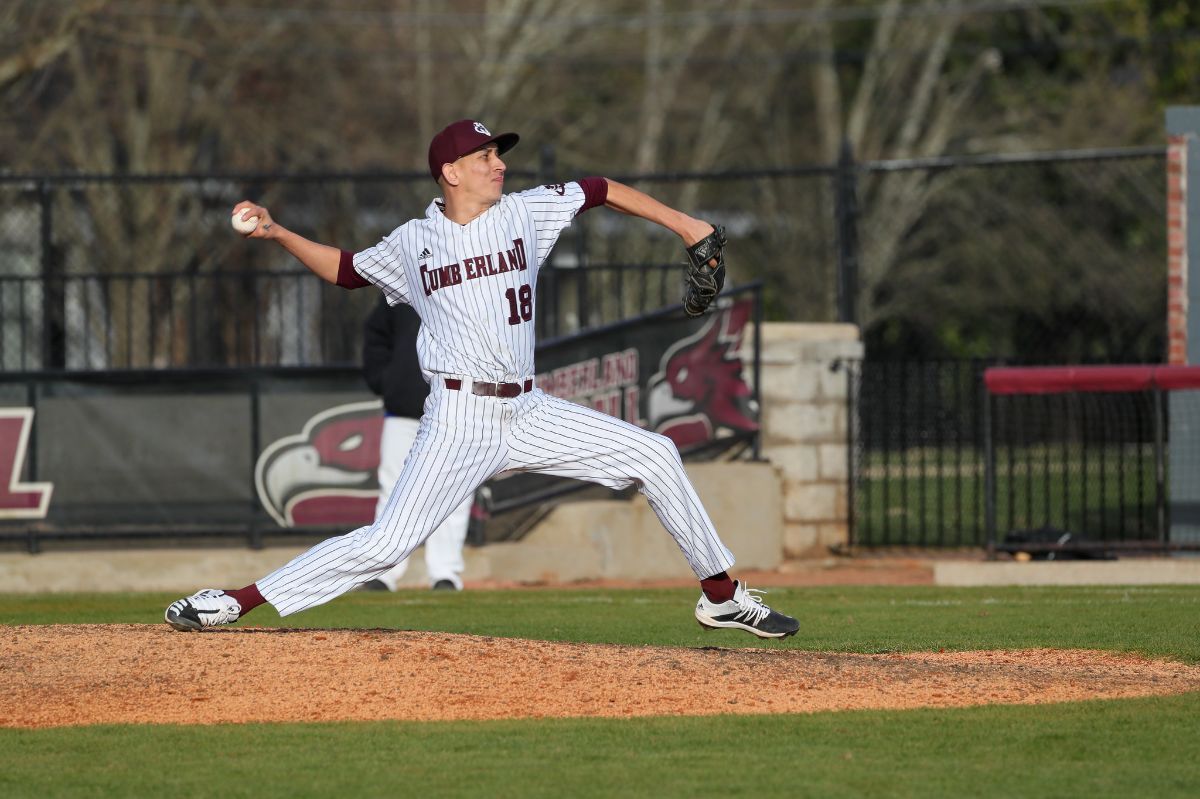 LEBANON, Tenn.--Cumberland baseball gets the split with Milligan College after winning game one on a sixth inning rally and the squad attempted to get another late comeback in game two, but was shut down by Milligan's bullpen.

Daniel Alvarez tossed a gem in the first game picking up his first win of the season. Alvarez threw a complete game five-hitter only giving up two runs, one earned. He punched out seven and did not allow a single batter to reach on a walk.

Milligan scored first in game one as Casey Haire got a one out double to get things going to left center. Buffalo catcher Kirby Smith hit a single in the six-hole that Fregosi had trouble fielding allowed Haire to come around to score and give Milligan an early lead.

Things were quiet for both teams in the third, but Braden Spano cranked a leadoff homerun in the fourth to give Milligan a 2-0 lead.

In the sixth, Tyler Jones reached on a throwing error and advanced to second base. Pinch-runner Reid Bass came around to score on a Mykel Gordon single down the line. Third baseman Jose Vera roped a double to left center to put runners on second and third and Andrew Martinez delivered with a double down the line to give Cumberland the lead.

Stokes drew a walk to put runners on first base and second base. Joey Fregosi laid down a bunt to move the runners and beat the throw for a single. Third baseman Casey Haire threw it away allowing Stokes to advance to third and Milligan's first baseman picked it up and fired it to third base with no one covering, sending Stokes in and Fregosi to second base. Phoenix led 5-2.

Pablo Custodio roped a ball up the middle that brought Fregosi home and capped a six-run sixth inning. Alvarez came back out in the sixth and closed the door for the Phoenix win.

Wyatt Blessing got the start for Cumberland in game two and picked up the loss after giving up four runs in three innings, three were earned. Milligan started the game off with a rope to third base that Vera corralled on a diving effort and made a strong throw across the diamond that was just off line allowing Brandon Marrelo to advance to second base. The Buffaloes bunted him over and he scored on a ground ball for an early Milligan lead 1-0.

The Buffaloes added on in the top half of the 3rd as Anthony Guzman led off with a double to right and later scored on a Bradon Spano RBI single. Justin Greene followed that up with a two-run shot to right to make it 4-0.

After Chandler Hughes walked and stole second, Fregosi got the Phoenix on the board as he reached on an error by the Buffalo second baseman. After an Ethan Shelton line out, Custodio drew a walk but Wagner got Martinez swinging to end the 3rd and keep things 4-1.

Kaleb Vaughn came on for the Phoenix in the 4th and was quickly greeted by Richard Polinsky as he homered to deep right and got that run back for Milligan to make it 5-1.

Cumberland scored three runs in the fifth inning as Stokes was drilled by a pitch and moved all the way to third base as an errant pickoff throw got away from the Milligan pitcher. Fregosi drew a four-pitch walk and Ethan Shelton grounded into a fielder's choice at second to score Stokes. Custodio, down in the count 0-2, took a breaking ball deep to center field for a two-run home run and cut the deficit to 5-4.

Seth Wyse entered in the sixth and retired the side in order. In the bottom half, Gordon singled up the middle to start it off for the Phoenix. Bass checked in to pinch run and moved up 90 feet from a Brett Bello sacrifice bunt. Pinch hitter Tyler Jones grounded out to second to move Bass to third base, but Stokes was punched out by Brian Baxa leaving Bass stranded.

Chancery Hall came into pitch in the ninth inning and gave up a leadoff single to Fregosi, but Hall struck out Shelton and Custodio roped a ball to third base that turned into a 5-4-3 double play to end the game as Cumberland lost 5-4.

Cumberland will return to conference play this Friday and Saturday on the road at the University of the Cumberlands.