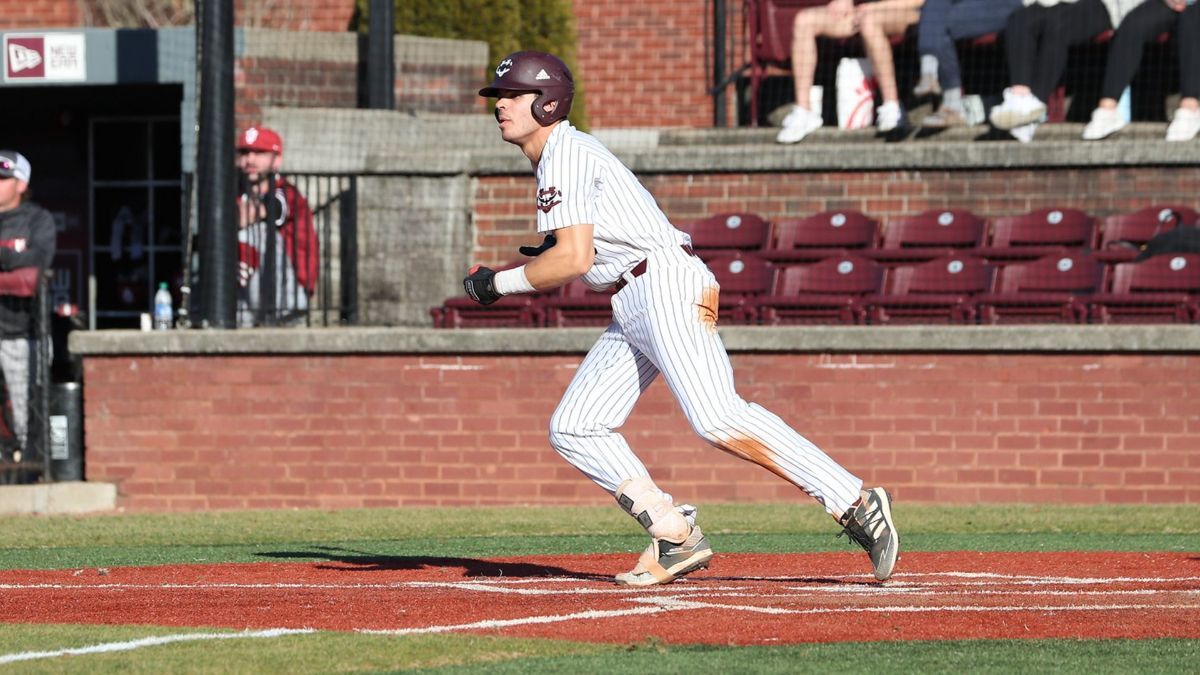 LEBANON, Tenn.--Cumberland had everything pointing in the right direction for a win with the NAIA leader in saves on the mound in the ninth inning but walks, a misplay, and an error allowed Thomas More to escape with a game one 9-8 win.

Cumberland starter Payton Rice was in line for the win after tossing five innings and punching out six, but the bullpen and defense gave it up for Rice earning him a no-decision. Seth Wyse gave up five hits and two runs in an inning and a third. Kaleb Vaughn got Wyse out of the seventh inning with two outs. Nolan Gazouski made his Cumberland debut in the eighth inning only getting two outs and gave up two runs before Zavien Lindsey came into toss the final 1.1 innings. Lindsey gave up three runs only one was earned and struck out one. Lindsey was charged with the loss.

Andrew Martinez and Tyler Stokes each posted three hits and a home run. Josh Morgan had two hits and two RBIs and Tyler Jones it a three-run bomb in the game.

Andrew Martinez crushed a home run to right-field to put the first run on the scoreboard. Thomas More answered back in the fourth when Derek Atwood came in to score after Vaughn made an error at shortstop.

Cumberland scored four in the bottom half of the inning as Martinez hit a two-out single. Mykel Gordon drew a walk. Josh Morgan singled up the middle to score Martinez. Tyler Jones jumped on the first pitch of his at-bat for a three-run home run to give Cumberland a 5-1 lead after four innings.

Thomas More got one run back in the fifth as Rice was in a jam with bases loaded. He induced a one-out groundball to Jones at third base and he stepped on the bag and tried to fire it to first for the double play, but it was not in time. In the bottom half of the inning, Pablo Custodio was hit by a pitch and Ethan Shelton singled down the left-field line. With two outs, Martinez singled up the middle again for an RBI and keep the Phoenix lead at 6-2.

Casey Nowak doubled down the left-field line to start the seventh. Atwood singled to left to bring Nowak home. After Jeremy Caruso singled to put two on, Cumberland pulled Set Wyse for Vaughn. Vaughn induced a fielder's choice, but a run came across cutting the lead to 6-4.

Tyler Stokes crushed his fifth home run of the season in the seventh to push it back out to a three-run lead, but Gazouski gave up two runs after a hit by a pitch, single, a walk. He induced a bases-loaded double play, but a run came across and the runner on second advanced 90 feet. The next Saint batter, roped a single up the middle to make it 7-6.

Gordon roped a ball down the line in the eight with two outs. Josh Morgan crushed a double down the right-field line scoring pinch-runner Corey Perkins from first base.

In the ninth, Lindsey got the first batter out with a ground out, but a walk put a runner on first. Next batter Lindsey induced a tailor-made double-play ball, but Jose Vera let it sail over the first baseman's head keeping the Saints alive. The next batter singled to left putting runners at first and second. Lindsey walked the bases loaded and then drilled the Saints Brett Benzinger to score a run.  The next batter hit a weak ground ball to Jones and Jones sailed it over Carter Wallace's head at first base scoring two runs and giving Thomas More their first lead of the game.

Cumberland hit three singles in the bottom of the ninth to load the bases, but Martinez grounded out to the first baseman with two outs to end the game.

The Phoenix and Saints will be back at it tomorrow at noon for a doubleheader.