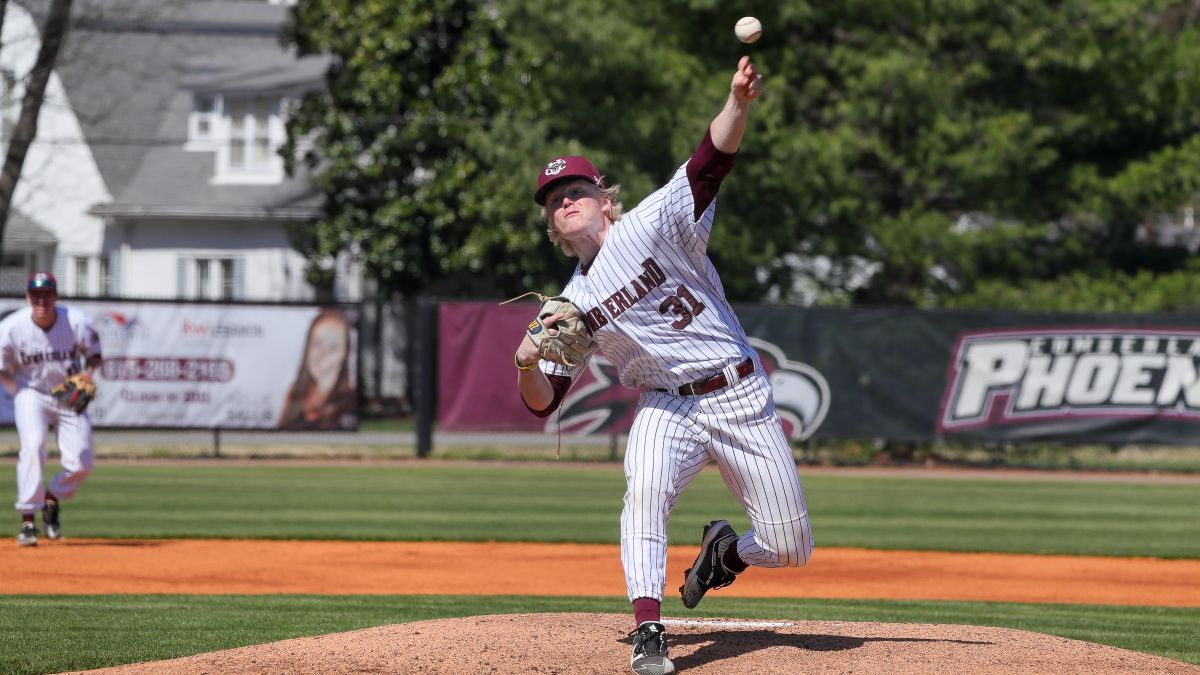 LEBANON, Tenn.--After losing the first game of the series to Thomas More late, Cumberland looked primed to take two today from the opening frame of game one.

The Phoenix jumped on Thomas More early as Tyler Stokes cranked a two-run homer as the second batter of the game and Cumberland wouldn't let up. After back-to-back walks, Cumberland's Ethan Shelton crushed a ball to right that Saints right fielder Brady Baldock went over the fence and brought back in saving three runs for TMU. However, next batter Mykel Gordon cranked one out to left-center giving Cumberland a five-run first inning.

In the third, Pablo Custodio hit a towering shot to right field for his fourth home run of the season. After a Josh Morgan walk and Jose Vera single, Tyler Jones scored Morgan on a groundout to the shortstop, the only run Cumberland scored in game one that wasn't a home run. Cumberland led 7-0 after three.

In the fourth, Andrew Martinez singled up the middle and Custodio drew a free pass, right fielder Josh Morgan hit a line shot over the left-field fence for a 10-0 CU lead.

Cumberland would score five more in the fifth, three from Tyler Stokes' second home run of the game and two from Custodio's second long ball.

Thomas More would tack on two in the seventh, but it was not enough to keep the game alive as Cumberland run-ruled the Saints, 15-2.

Cumberland again jumped on top of the Saints in game two as Jose Vera hit a towering home run to left field to lead off the second inning. Cumberland added one run after Tyler Jones was hit by a pitch, Joey Fregosi drew a walk, and Stokes was hit by a pitch to load the bases. Martinez hit a deep fly ball to left to bring Jones in. Fregosi crossed him after a balk giving CU an early 3-0 lead.

The Saints got a run back after back-to-back singles and a walk to load the bases. Cumberland starter got a punch out, but Baldock was able to score on a wild pitch.

The Phoenix answered in the fourth as Jones led off with a line-drive double to left-center. Catcher Chase Ford was walked and Fregosi hit a single to left to load the bases. Jones came in on a fielder's choice giving CU a 4-1 lead.

Thomas More had their biggest offensive output of the weekend in the fifth inning. Dunnam walked the first two batters and gave up a single to Derek Atwood to load the bases. Dunnam walked Jacob Caruso bringing in a run ending his day. Cumberland reliever Wyatt Blessing checked in and gave up a grand slam to second baseman Bailey Martin giving Thomas More a 6-4 lead.

In the sixth, pinch hitter Nate Corhouse walked to open up the frame and Fregosi hit a massive home run to right field to tie it back at 6-6, but Thomas More would get three in the top of the seventh giving Zavien Lindsey his first loss of the season.

The Phoenix will be back in action on Tuesday, March 23 at No. 15 Bryan College.