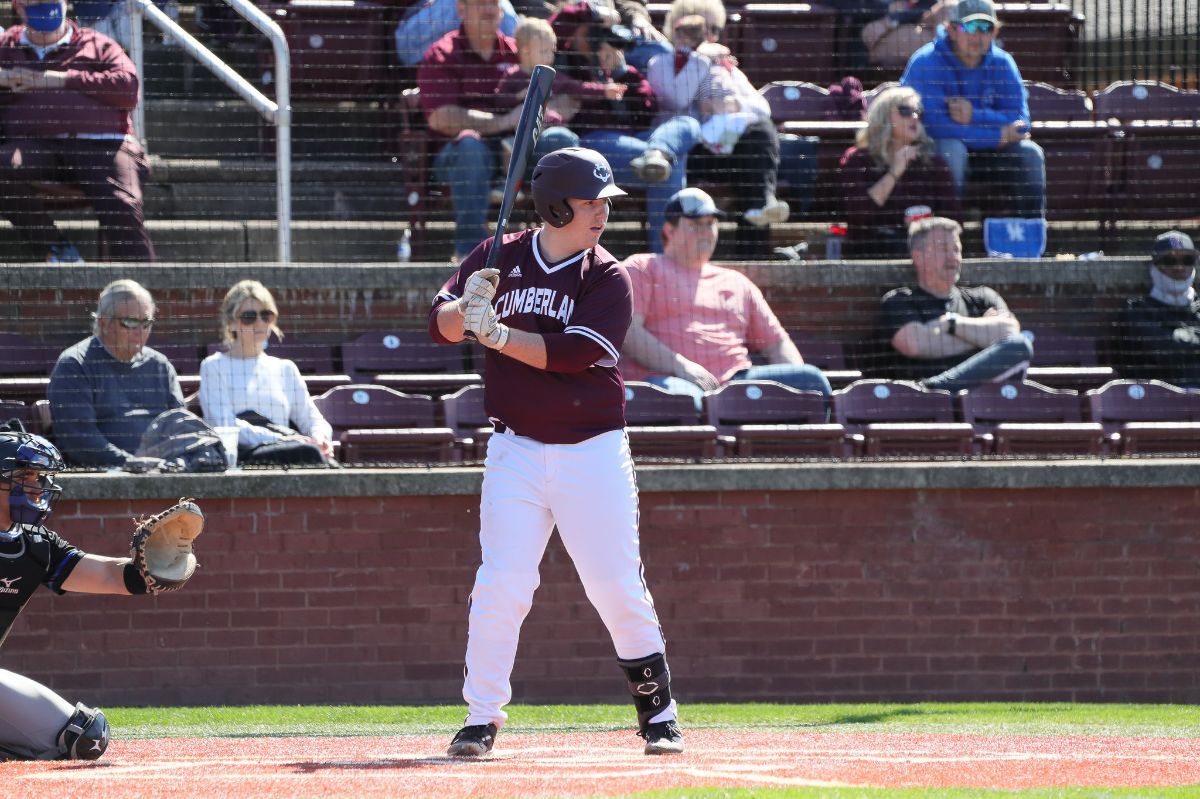 DAYTON, Tenn.--Tyler Jones cranked two home runs while Pablo Custodio and Jose Vera each went 3-for-5 with three RBIs, but it was not enough to defeat No. 15 Bryan on the run.

Cumberland (11-11) picked up 14 hits and 10 runs, but Bryan answered with 15 runs and took advantage of three Phoenix errors defeating Cumberland 15-10.

Starter Daniel Alvarez picked up the loss falling to 1-3 on the season after tossing 5.2 innings giving up eight runs on seven hits, punching out six, and walking three.

Alvarez cruised through the first and second inning unharmed, while Jones' first home run of the game put CU up 1-0 in the third. Alvarez punched out the side in the bottom half of the third getting the Phoenix back in the dugout quickly.

Custodio started the fourth-inning rally with a single up the middle. Ethan Shelton followed with a single of his own and Vera drove them both in for a 3-0 Phoenix lead. Bryan finally got to Alvarez in the bottom half of the inning as Bass Cooper singled and Wade Weinburger Jr. doubled in the gap to put runners on second and third. A David Scoggins sac fly brought in Cooper, but Alvarez stranded one runner containing the 3-1 lead.

Cumberland extended their lead in the fifth as Jones lead off the inning with his second solo shot of the game. Shortstop Joey Fregosi hit a single to set up a Tyler Stokes two-run home run, his eighth of the season. Cumberland lead 6-1 headed to the bottom of the fifth.

Bryan answered with three runs in the bottom half. Darwin Gregg hit a double, Alvarez walked the next batter, and Tyler Scott hit a three-run home run to cut the lead to 6-4.

Cumberland loaded the bases in the sixth as Shelton reached on an error, Josh Morgan roped a double in the alley, and catcher Brett Bello drew a walk, but Bryan got Fregosi to ground out leaving three runners stranded.

The Lions rode that momentum as lead-off batter Weinberger reached on a single. Scoggins drew a free pass and both runners advanced on a sacrifice bunt. A walk loaded the bases and Destine Udombon hit a sacrifice fly to score one run. Parker Cosby doubled to deep right-center to score two ending Alvarez's day. Brad Smith entered and gave up a single to score Cosby and give the Lions their first lead 8-6.

Andrew Martinez singled in the seventh followed by another single from Custodio. Martinez swiped third and Vera singled him cutting it to 8-7.

Nick Hoefling tossed the seventh inning getting the first batter out before a hit by pitch, a single, and a walk to load the bases. Hoefling got a big punchout to get two outs, but Udombon crushed a grand slam to put the Lions up 12-7.

Cumberland would not give in though after two quick outs in the eighth. Fregosi singled and Stokes was hit by a pitch. Martinez drew a free pass to load the bases for Custodio. Custodio roped a single to left bringing in Fregosi and Stokes and then was caught in a pickle, but stayed in it long enough for Martinez to score making it 12-10.

Bryan College again answered as Nolan Gazouski checked in on the mound. Grant Lalla got a one-out single and Cooper doubled to left field bringing in Lalla. Weinburger was hit by a pitch and Scoggins hit another double to score both runners making it 15-10.

Cumberland went three up and three down in the ninth ending the game and giving Cumberland their second straight loss.

The Phoenix return to play this Friday and Saturday on the road at Lindsey Wilson.