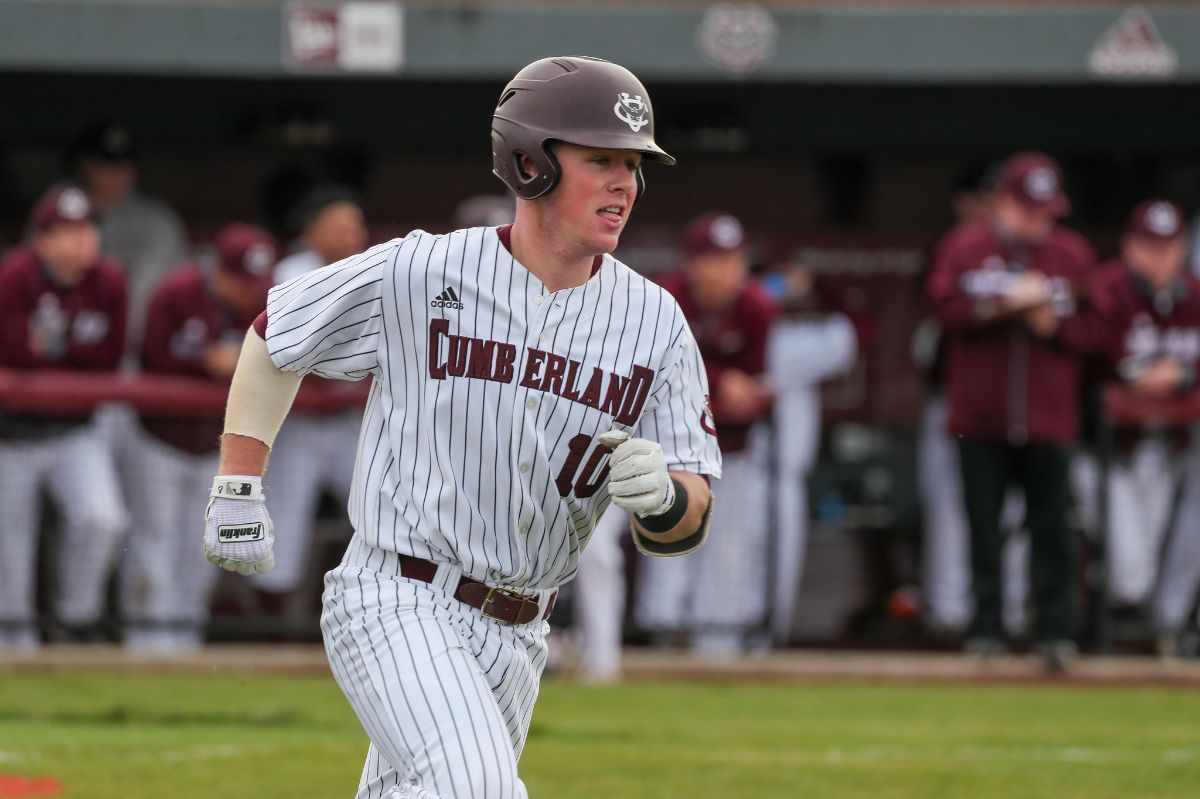 COLUMBIA, Ky.--Cumberland and Lindsey Wilson split a slugfest and a pitcher's dual in Friday doubleheader action at Egnew Park in Columbia, Kentucky.

Despite making six errors in the first game, Cumberland came out on top with a 14-11 victory. Starter Hooper Mills (5-1) dealt again throwing six complete innings giving up two earned runs, four total, and striking out six. Brad Smith threw the seventh inning giving up four runs off of a grand slam. Kaleb Vaughn recorded the next five outs giving up three runs, but only one was earned and Zavien Lindsey pitched a one-out save.

Pablo Custodio tore the cover off the ball all day starting with four hits and two home runs in game one. Joey Fregosi recorded three hits and scored one run. Catcher Brett Bello swung the bat well in Columbia getting two hits and two RBIs and Andrew Martinez collect two knocks. Ethan Shelton crushed a home run in the win.

Shelton started the scoring off for the Phoenix cranking a two-run bomb in the top of the first inning. The Blue Raiders got one back in the bottom half of the second after a leadoff walk. Maskill swiped second and Bello's throw went into the outfield allowing Maskill to get to third. Two batters later, Lindsey Wilson cashed in the run on a hit from their catcher Bault.

After a scorless third inning, Cumberland exploded for five runs in the fourth. Custodio started it with his first long ball of the game over the right-field fence. Lindsey Wilson starter, Andy Rosales, walked the bases loaded and allowed Shleton to score on a wild pitch. Bello crushed a double to right to score Jose Vera and Josh Morgan. Fregosi followed the Bello double with a double of his own to left center to score pinch runner Corey Perkins to give Cumberland a 7-1 lead.

Starter Hooper Mills retired the side for the Phoenix in the bottom of the fourth and fifth innings, but the Blue Riaders finally got to Mills in the sixth as Zavala doubled to lead off the inning and Seth Price blasted a two-run shot to left. Lindsey added one more off a field error with a runner on second base to make it 7-4.

Bello lead off the seventh with a rope to left field setting up Custodio's second home run of the game to give Cumberland a 9-4 lead.

Brad Smith checked in to pitch the seventh and ran into some trouble loading the bases before a grand slam cut the lead to 9-8, but the Lindsey Wilson momentum was short-lived as five runs in the eighth. Morgan tripled in Andrew Martinez for the first run followed by a Tyler Jones sacrifice fly. Bello drew a walk and Fregosi singles. Tyler Stokes roped a double to bring them both in and Custodio knocked in Stokes for a 14-8 Phoenix lead.

Kaleb Vaughn gave up a solo shot in the bottom half and two unearned runs before being pulled with one-out left for Lindsey to get his sixth save of the year.

In game two, Cumberland ran into a buzzsaw on the mound as freshman Cohen Achen scattered six hits giving up just one run for the Lindsey Wilson win.

The Blue Raiders scored twice in the first inning as starter Payton Rice walked the first batter and gave up a single to the number two hitter. Rice balked allowing Menrath to score and a Seth Price groundout brought in Rayno.

Cumberland struck in the third as Bello launched his first home run of the season over the left-field fence.

Achen and Rice were both dealing cruising through the rest of the game until Cumberland got back-to-back base hits from Ethan Shelton and Andrew Martinez with one out. Achen got a big strikout on Tyler Jones and pinch-hitter Reid Bass roped it down the line at first base, but Price scooped it up and stepped on the bag ending the threat.

Lindsey Wilson added an insurance run as Zavala drew a walk and swiped both second and third base. Tyler Maskill hit a slow chopper to Nathan Vaughn at short stop and after looking Zavala back he got the out at first. Zavala took off to the plate as soon as Vaughn threw it to first and beat the throw home for a 3-1 lead.

Jose Vera drew a lead off walk to start the seventh and put a man on base, but Bello grounded out into a 4-6-3 double play to stiffle the Phoenix threat. Achen tossed a complete game six-hitter for the win.

Rice picked up the loss despite only giving up three hits.