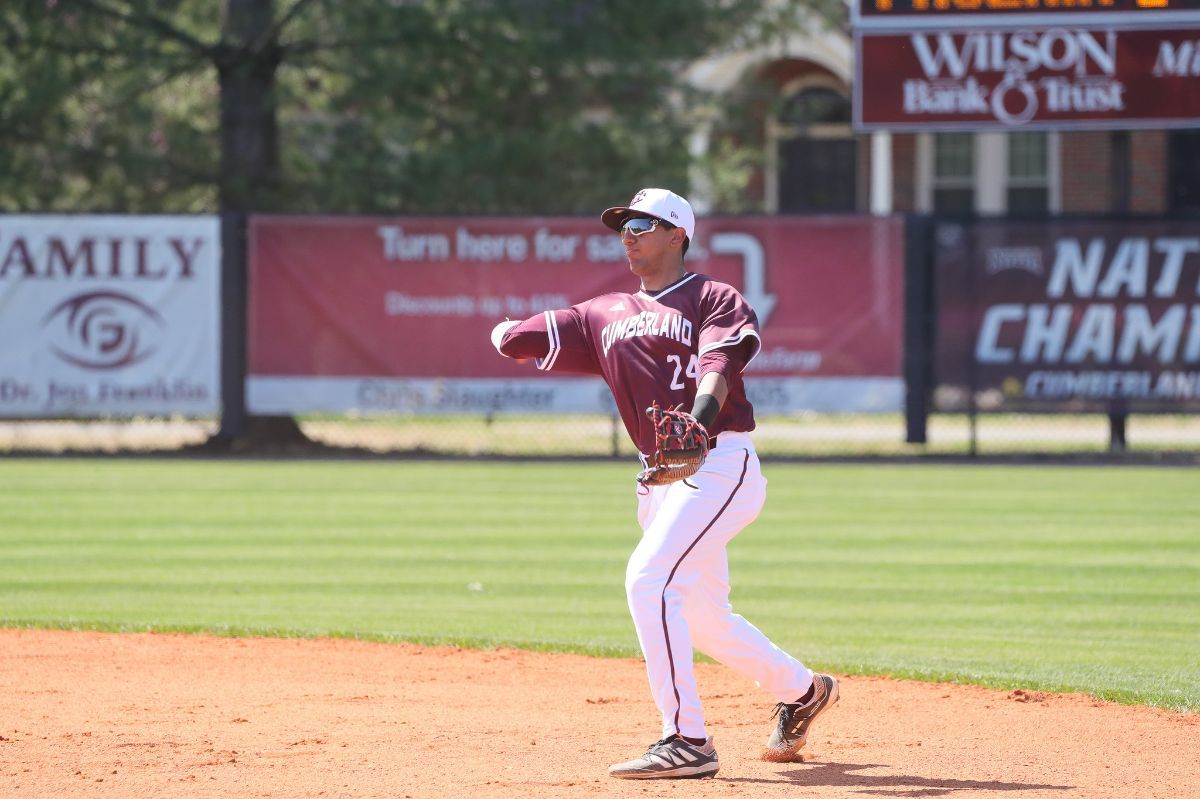 ATHENS, Tenn.-- Josh Morgan hit a two-run home run and Jose Vera added a solo shot in a three-run sixth inning, but that was all the Phoenix managed as No. 1 Tennessee Wesleyan run-ruled Cumberland 13-3 in seven innings.

Cumberland (12-14) ran out five pitchers in the affair as starter Nolan Gazouski was tagged with the loss after tossing just 1 1/3 innings giving up five runs. Brad Smith did not record an out while giving up one run. Ian Boister made his Phoenix debut and tossed two innings and giving up five runs. Nick Hoefling threw 2/3 of an inning giving up two runs and Kalbe Vaughn tossed the final two frames allowing just one base hit.

The Bulldogs tacked on five runs in the second inning. Alex Flock led off the inning with a base knock while the next batter was drilled by Gazouski. Dan Fry dropped a bunt down that wound up going for a base hit to load the bases for Jhosmal Rodriguez. Rodriguez was hit by a pitch for an easy RBI and 2-0 lead.

With the bases still loaded and no one out Giles hit a sacrifice fly that allowed everyone to move up a base ending Gazouski's day on the mound. Brad Smith checked in and walked the first batter to set up a two-RBI double by Gary Mattis. Boister came in to replace Smith after just two batters and threw a wild pitch his first batter to score the fifth run of the inning.

The Bulldogs continued the pressure in the fourth inning with one out Giles drew a walk and Ford hit a triple down the line to bring him home. Mattis was intentionally walked and Boister drilled the next batter to load the bases. Ford scored on Boister's second wild pitch of the game and Anthony Hickman hit a two-run single to send Cumberland to the bullpen for Nick Hoefling.

Hoefling walked the first batter he faced and forced a groundball the next batter, but Joey Fregosi misplayed it at shortstop allowing Hickman to score. Dan Fry singles in a run to right field and then Rodriguez singled to load the bases. Jimmy Smyth came in to score on a wild pitch for the seventh run of the fourth inning for the Bulldogs before Cumberland finally got out of the inning.

Cumberland threatened in the fifth inning after a walk to Tyler Jones and a single by Jose Vera. After a strikeout and a pop-out Tyler Stokes drew a walk, but Tennessee Wesleyan kept Cumberland scoreless as Pablo Custodio lined out to the second baseman.

The Phoenix finally cracked into the score column in the sixth as Andrew Martinez drew a free pass and Josh Morgan crushed a two-run home run to right-center. After a fly-out, Jose Vera got into one for his second home run of the season and three-run sixth inning.

Tennessee Wesleyan held the 10-run margin for the remaining three outs ending the game after the seventh inning.

Cumberland will play at home this weekend against Talladega College on Friday and Saturday.