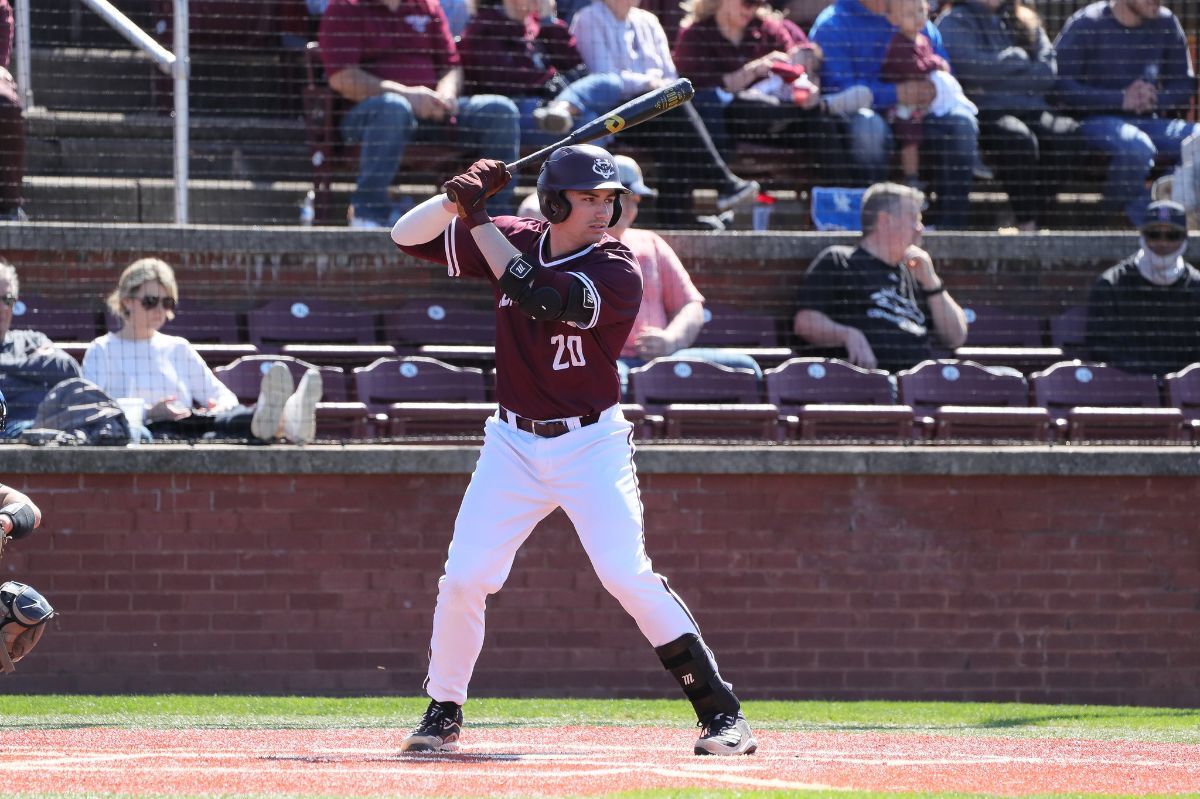 LEBANON, Tenn.--Cumberland (16-14) baseball walks off Talladega in game one and completes the four-game sweep with an 8-3 victory in game two.

Game one starter Daniel Alvarez was cruising until the final frame for a tough-luck no-decision. Alvarez tossed 6.2 innings and gave up four hits and four runs. All four runs were given up in the seventh inning. He struck out seven batters. Zavien Lindsey picked up the win in the first game after recording the final out.

Cumberland jumped ahead in the first inning of game one as Tyler Stokes and Pablo Custodio hit back-to-back singles. Shelton was hit by a pitch to load the bases and Martinez hit a shot to center for a sacrifice fly.

Alvarez and Talladega starter Ricardo Blackman both cruised through the second, third, and fourth inning. Alvarez gave up his first hit in the fifth inning while Blackman was able to work out of jams.

Stokes led off the fifth inning with a moon shot to left field to push the Cumberland lead to 2-0 and two batters later Ethan Shelton hit a line drive shot for a home run and 4-0 lead.

Alvarez took his shut out into the seventh, but walked the leadoff man. He struck out four-hole Emmanuel Amparo and dished out another free pass to Isaiah Lewis. Alvarez was able to regather himself and strikeout the catcher Jan Rivera, but Talladega came storming back with two outs. Pinch-hitter Juan Silva was drilled by a pitch to load the bases and Jose Santiago hit a groundball through the middle of the infield for two runs. Derek Ramos dropped a blooper into the right to plate the third run ending Alvarez's chance at the complete game.

Zavien Lindsey gave up a double on the first pitch he threw to Jeffry Roldan to tie the game before finally getting out of the inning with a groundout.

Custodio led off the bottom half with a base knock. Shelton hit a rocket right at the left fielder for the first out. Martinez singled to right field to move courtesy runner Corey Perkins in scoring position and Jose Vera drew a nine-pitch walk to load the bases. Morgan was able to hit a high chopper to shortstop for a single to score Perkins for the Phoenix victory.

Wyse ran into some trouble in the first inning of game two after giving up a leadoff 0-2 single to Roldan. The Tornadoes were able to move him from station to station and manufacture the first run of the game.

Talladega would extend their lead in the fourth as Jan Rivera hit an RBI-single and Wyse would concede a bases-loaded walk, but Wyse punched out to batters with the bases loaded to limit the damage.

Cumberland finally struck in the bottom half of game two as Jose Vera and Morgan hit back-to-back double to lead off the inning. Bello roped a single up the middle to bring them both home. After Fregosi drew a four-pitch walk, Perkins and Fregosi executed a double steal to set up a two-RBI single to give Cumberland a 4-3 lead.

The Phoenix tacked on four insurance runs in the bottom of the sixth as Bello hit an opposite-field solo shot. Custodio drove in a run and Martinez hit a two-run bomb to right-center for the 8-3 win.

Cumberland plays host to No. 1 Tennessee Wesleyan on Tuesday.