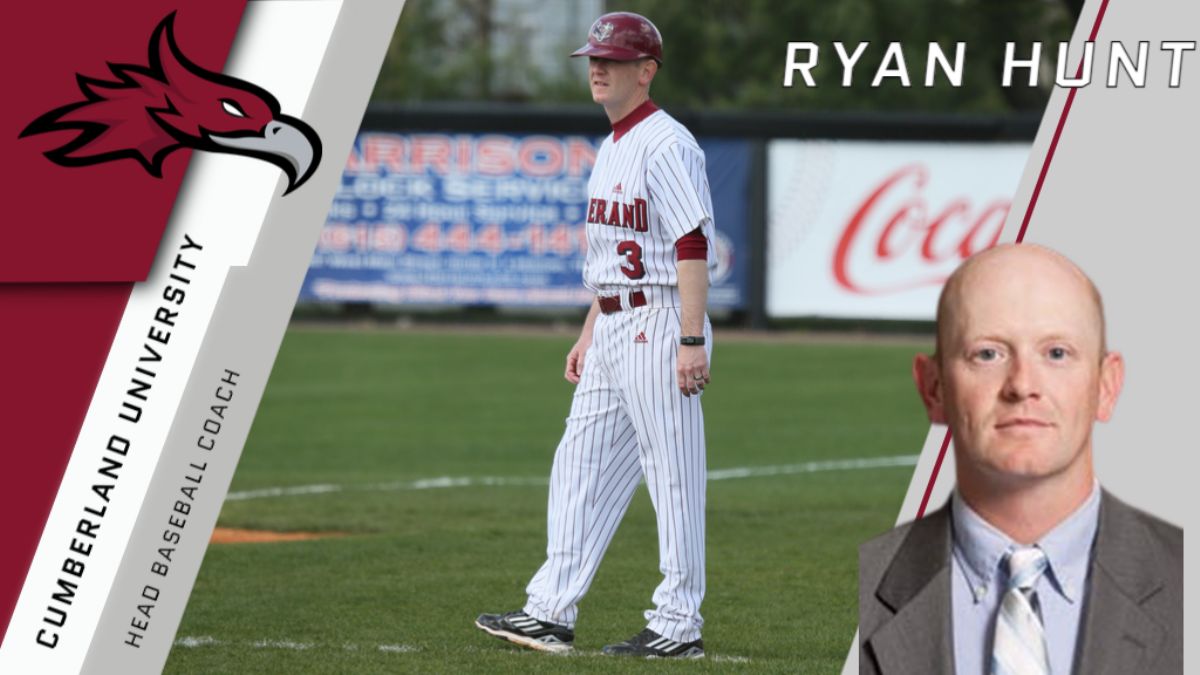 Hunt has spent the last six seasons as the head coach for Vol State Community College, compiling a 110-100 record entering the 2021 campaign which he is currently 124-110. Prior to Vol State, Hunt was a longtime assistant coach under Woody Hunt from 2002-2015.

Hunt will replace his father, legendary baseball coach Woody Hunt, who announced his retirement in late January after 43 seasons at Cumberland.

“I am honored and excited to be going back home to Cumberland. I want to thank President Dr. Paul Stumb and Director of Athletics Ron Pavan for their trust and belief in me to take over this storied program that my father has built,” Ryan Hunt said.

“Having been a part of this winning tradition as a player and a coach, I am honored to be chosen to lead the program that many have helped shape.”

“Ryan brings many years of experience to the position,” Pavan said. “He is the perfect fit to continue the great success that Coach Woody Hunt has built for the past 43 years. Ryan has been with the program in the past as the assistant coach for 13 years and is a former player.”

“We hired the best candidate to replace Coach Woody Hunt and continue one of the greatest alumni following of any baseball program across the country,” continued Pavan. “Ryan is a great teacher of the game and understands the winning tradition and will continue the great success going forward.”

Ryan Hunt coached two players at Vol State that were selected in the Major League Draft and has sent numerous players on to four-year institutions including the likes of NCAA Division I powerhouse Vanderbilt University.

Ryan Hunt has coached 20 NAIA All-Americans and 24 players that have signed professional contracts during the previous 12 campaigns including two that reached the Major Leagues: Aaron Wilkerson (Milwaukee Brewers) and Luis Martinez (San Diego Padres and Texas Rangers). He also coached the 2010 NAIA Player of the Year, Matt Greener.

During his five years at Cumberland as a player, the team claimed five conference championships, four conference tournament titles, and two regional championships, advancing to the NAIA World Series in 1997 and 1998.

He is married to the former Melissa Lauper of Gallatin, Tenn., and the couple has two daughters - Rylee and Lyla Noelle.