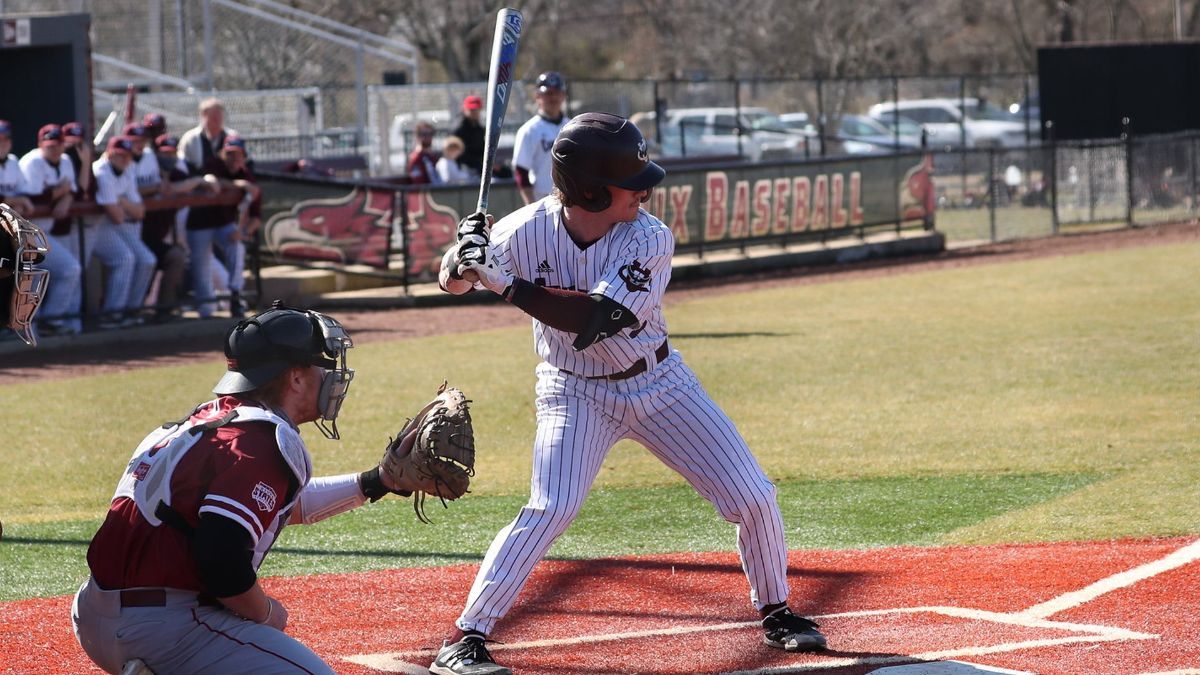 LEBANON, Tenn. - Tyler Stokes highlighted a four-run eighth inning with a grand slam, but it was not enough for Cumberland to overcome a 9-4 loss to No. 1 Tennessee Wesleyan.

Cumberland (16-15) pitching struggled to find the strike zone dishing out 11 walks and hitting two batters for 13 free passes. Despite the walks, the pitching staff held the potent Bulldogs offense to just eight hits. Tennessee Wesleyan hit three home runs in the game to improve to 31-3.

Wesleyan scored three runs in the first inning, Carson Ford hit a double in the gap, and then the Phoenix intentionally walked Gary Mattis with the free base. Zach Hogueisson took advantage of the intentional pass with a three-run blast over the right-field fence.

Alex Flock leads off the second inning with a solo blast to the right field and the Bulldogs would add one more in the third with a two-out double to the left-centerfield gap from Jhosmel Rodriguez.

Centerfielder Bryce Giles hit a two-out home run in the fourth inning off of Kaleb Vaughn. The Phoenix threatened in the bottom half of the fourth after a two-out double off the wall from Jose Vera. He moved up to third base on a wild pitch, but Josh Morgan grounded out to the second baseman to end the inning.

Vaughn worked a scoreless fifth inning to keep the Bulldogs from scoring for the first time in the game. Yasnier Laureano checked in on the mound in the bottom half of the fifth and worked three scoreless innings without allowing a hit or a walk.

Tennessee Wesleyan added one run in the sixth and two runs in the eighth inning.

Cumberland got the bats going in the eighth inning with a Tyler Jones single. Nathan Vaughn drew a full-count walk and Joey Fregosi laces a single the opposite way to load the bases. Stokes took a 3-2 fastball over the right-field wall for the grand slam and the only runs for Cumberland.

Cumberland will be back in action on Friday at home against Martin Methodist.