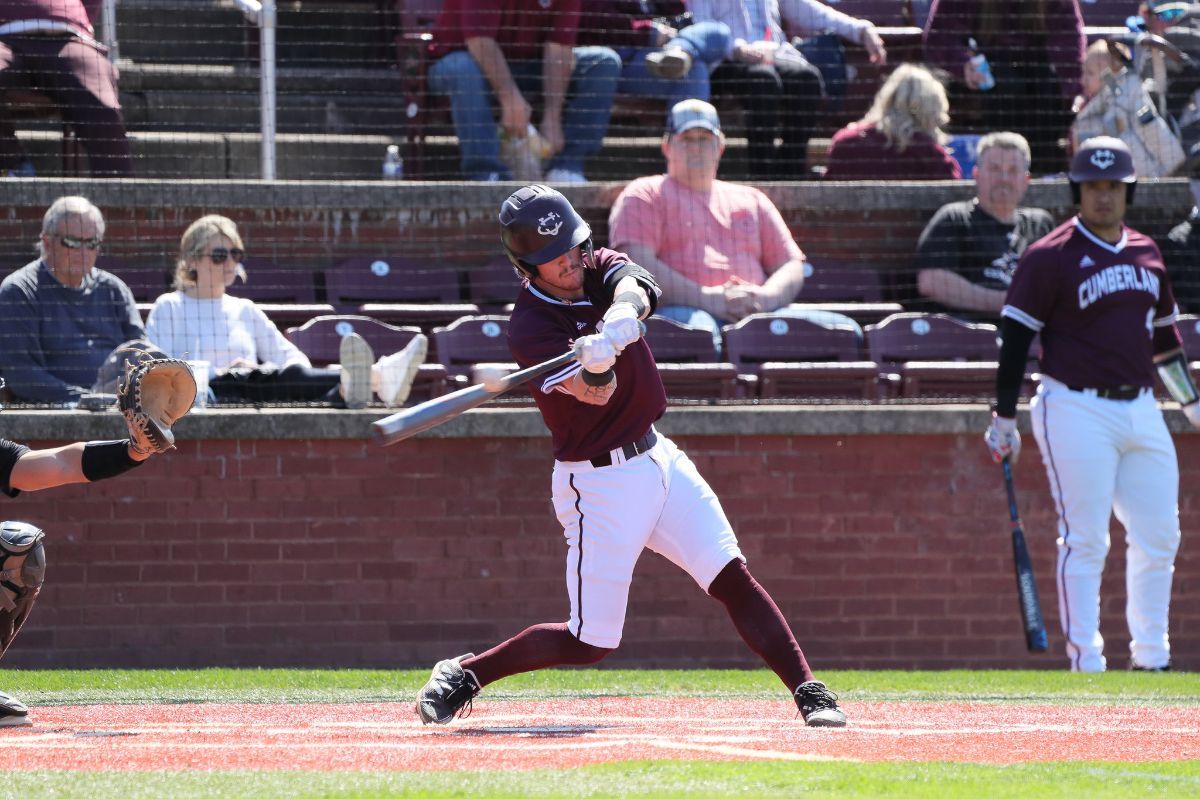 In-game one Cumberland put up 15 runs with seven home runs in the 15-6 win. Hooper Mills cruised to get the win tossing six innings giving up five runs on eight hits with six strikeouts. Davis Green, Matt Rowe, and Wiley Barton each threw one inning to finish off the nine-inning game only giving up one run in the three frames.

The RedHawks jumped out to a 1-0 lead after a home run from Tyler Robb, but the lead didn't last long as the Phoneix put up six runs in the first inning. Martinez roped a triple to score two and then Vera hit a two-run shot to right-center field. After Josh Morgan walked, Jones hit a moonshot to left field to put Cumberland up 6-1.

Martin Methodist added one run in the second, but Cumberland got it back one Stokes' first home run of the game on an 0-2 count.

Brett Bello hit a grand slam in the third and Stokes followed that with a solo shot to right-center to give the Phoenix a 12-2 lead after three innings.

Cumberland tacked on one run in the fourth on a sac fly, but the RedHawks scored two in the sixth off an RBI triple and an RBI single. Shelton hit a missile to left field to make it 14-5.

The Phoenix picked up an 11-7 win in game two scoring two or more runs in four of the six frames Cumberland hit in.

Martin Methodist again scored first on an RBI single from Lance Pope. Cumberland answered in the second with an 0-2 home run from Martinez and Tyler Jones knocked in Jose Vera on an RBI groundout.

Martin Methodist scored two runs in the top of the fourth to cut it to 4-3 off an error, but the Phoenix responded with three in the bottom half. Pablo Custodio singled to right to bring in a run, Ethan Shelton knocked in one run, Martinez hit a sac fly to go up 7-3.

Junker hit a sac fly in the fifth before Cumberland scored four runs in the bottom of the fifth. Cumberland scored one run off a throwing error and then Reid Bass came in to score on a wild pitch. Stokes hit his third home run on the day to give the Phoenix an 11-4 lead.

Cumberland would end up winning 11-7 as Payton Rice got his third win on the bump.

The Phoenix and RedHawks will end the series on Sunday at 1:00 p.m.