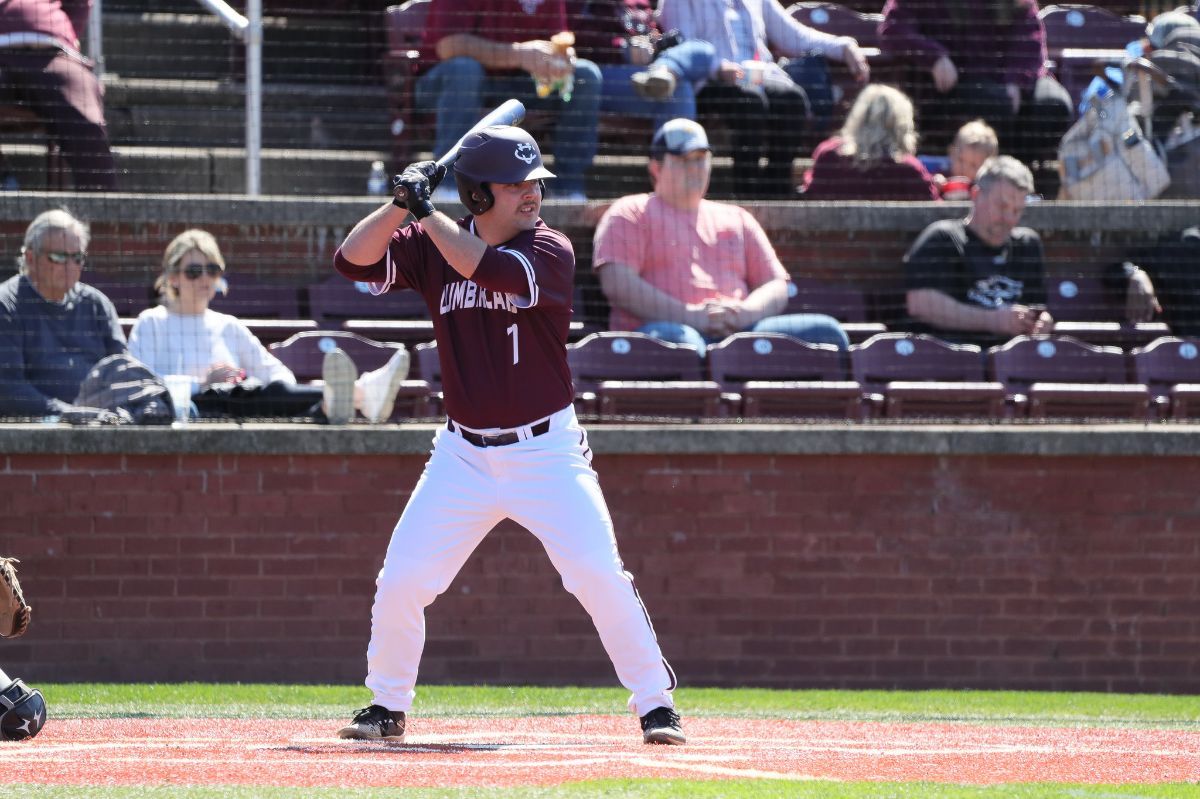 LEBANON, Tenn.--Cumberland baseball closes a nine-game homestand with a 10-6 loss against No. 13 Bryan College. Cumberland stranded 13 runners throughout the game leaving the bases loaded on three separate occasions.

Tyler Stokes continued his hot-hitting with a towering home run, his fifth straight game with a home run Stokes is now tied for the conference lead in home runs at 16. Ethan Shelton hit a two-run home run his seventh of the season. Pablo Custodio picked up two knocks while Tyler Jones had two hits and an RBI. Jose Vera also posted two hits in the loss.

The Cumberland (18-17) pitching staff has now given up 10 runs or more in seven games this season. Starter Jodan Burdette was credited with the loss after giving up two runs in just two innings of work. Seth Wyse threw one complete inning giving up three runs and four hits, Kaleb Vaughn worked 1.1 innings and gave up three runs. Brad Smith tossed two innings giving up just one run. Zavien Lindsey and Nick Hoefling finished the game out giving up one run in the last three innings.

Bryan (26-11) hit four home runs in the game and worked out of jams all game. Cameron Harvey was credited with the win after throwing two spotless innings in the fifth and sixth striking out two batters.

Bryan scored quickly as leadoff man Parker Cosby hit a solo home run on the third pitch of the game. Bryan extended the lead in the second inning as Grant Lalla reached on an error and then with two outs came in to score on Shawn Bracamontes double down the left-field line for an early 2-0 lead.

The Lions would score one more in the third off a monster home run to centerfield from Jacob Justice. Cumberland finally got to Bryan's starter Dawson Lytle in the third as Nolan Gazouski reached on a walk and two batters later Stokes blasted a home run over the scoreboard to cut it to 3-2.

Bryan continued scoring in the fourth pushing across two runs on back-to-back sacrifice flies. Cumberland responded in the bottom half of the inning with a single and two-run home run from Shelton to make it 5-4.

Wade Weinburger reached on a hit-by-pitch to lead off the fifth inning. Bass Cooper drew a 3-2 walk to put two runners on base. Bryan first baseman David Scoogins hit a three-run home run on a 1-2 breaking ball over the batter's eye in centerfield as the Lions led 8-4 after five frames.

In the seventh inning, Lalla led off with a solo home run to right field. Cumberland battled back to sticking distance in the eight as Jones hit in Stokes with an RBI-single and pinch-runner Corey Perkins scored on a wild pitch.

The Lions would score one more run in the ninth and Cumberland went three up, three down to lose 10-6.

The Phoenix will start a four-game road swing tomorrow in Owensboro, Ky. as Cumberland takes on Brescia at 5:00 p.m.