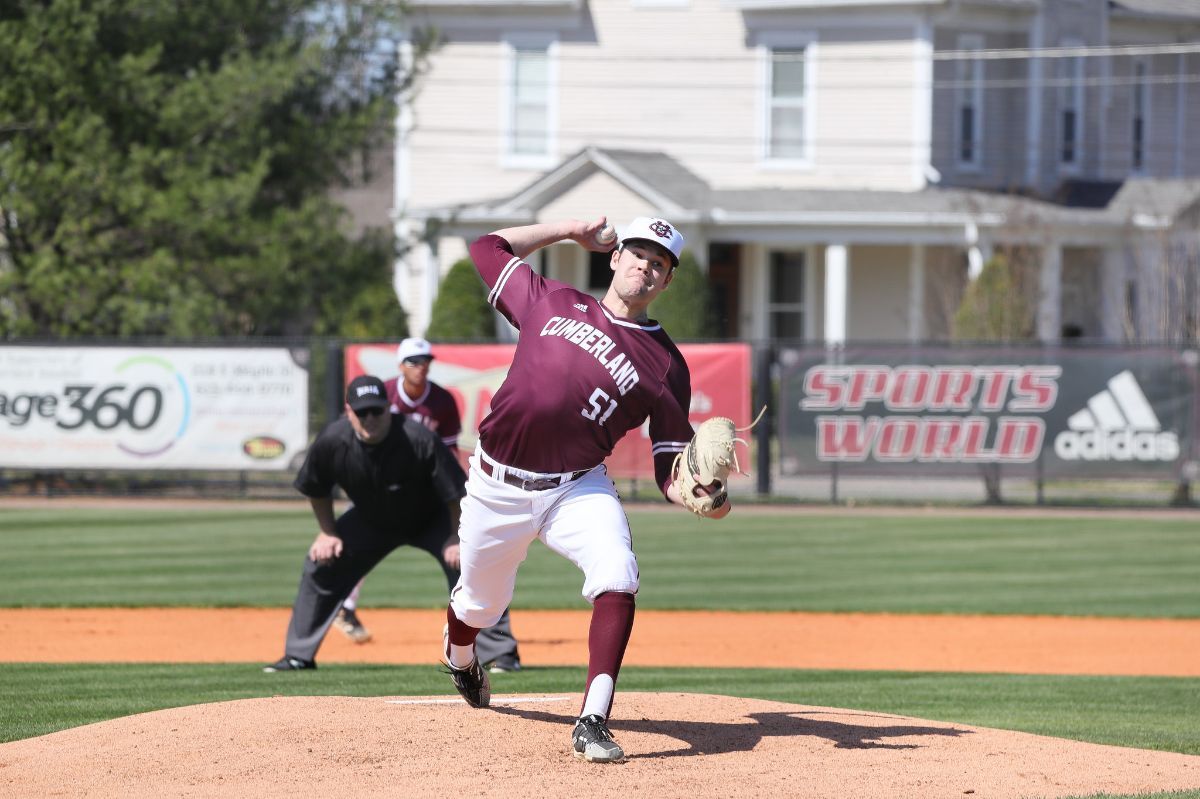 HENDERSON, Tenn.-- Big innings early led Cumberland to the win in the first game of the series as Cumberland posted 16 hits in a big day for the hitters.

Pablo Custodio hit two home runs and posted 7 RBIs. Jose Vera recorded a career-high four hits in the game and scored two runs. Nolan Gazouski picked up his first career hit and drove in two runs. Eight of the nine Cumberland starters picked up a hit in the game.

Payton Rice received the win on the mound, moving to 4-3 on the season and winning his last three starts. Rice punched out 12 batters across six frames. He allowed four earned runs to score. Nick Hoefling bridged the gap tossing the seventh and eighth innings striking out four batters and Zavien Lindsey threw the ninth in a non-save situation finishing the game.

Freed-Hardeman scored after Rice walked the leadoff man in the first and then walked the three-hole Josh Sears. Von Watson roped a single to left to bring in Riley Perks for the first run of the game.

Cumberland put up four runs in the third inning as Nolan Gazouski drew a walk, Stokes hit a single to left field and Custodio cranked his first home run of the game to right field. Shelton followed with a double to left-center and Tyler Jones knocked in Shelton for a 4-1 lead.

Sears hit a homer to right field on a 3-2 in the bottom half of the inning before Cumberland put up six runs in the fourth. Gazouski knocked in Andrew Martinez for his first career hit and RBI, Custodio hit a grand slam and Cumberland scored off of a passed ball to make it 10-2.

The Lions chipped away at the lead in the fifth as Sears drew a free pass and Watson was hit by a pitch. Both runners moved up on a passed ball and Sears scored on a ground ball out. Watson came in on another passed ball to cut it to 10-6.

The Phoenix manufactured a run in the sixth as Jose Vera hit a single and moved up on a walk. A sacrifice bunt by Martinez moved both runners up 90 feet and Gazouski knocked him in for his second RBI of the game.

Freed-Hardeman scored one run on a Hunter Beecham solo home run to left field to make it 11-6.

The Lions scored two runs in the seventh, but that was as close as the Lions would get as Cumberland holds on to win game one, 12-7.

The two teams will finish the series with a double-header tomorrow starting at 1:00 p.m.