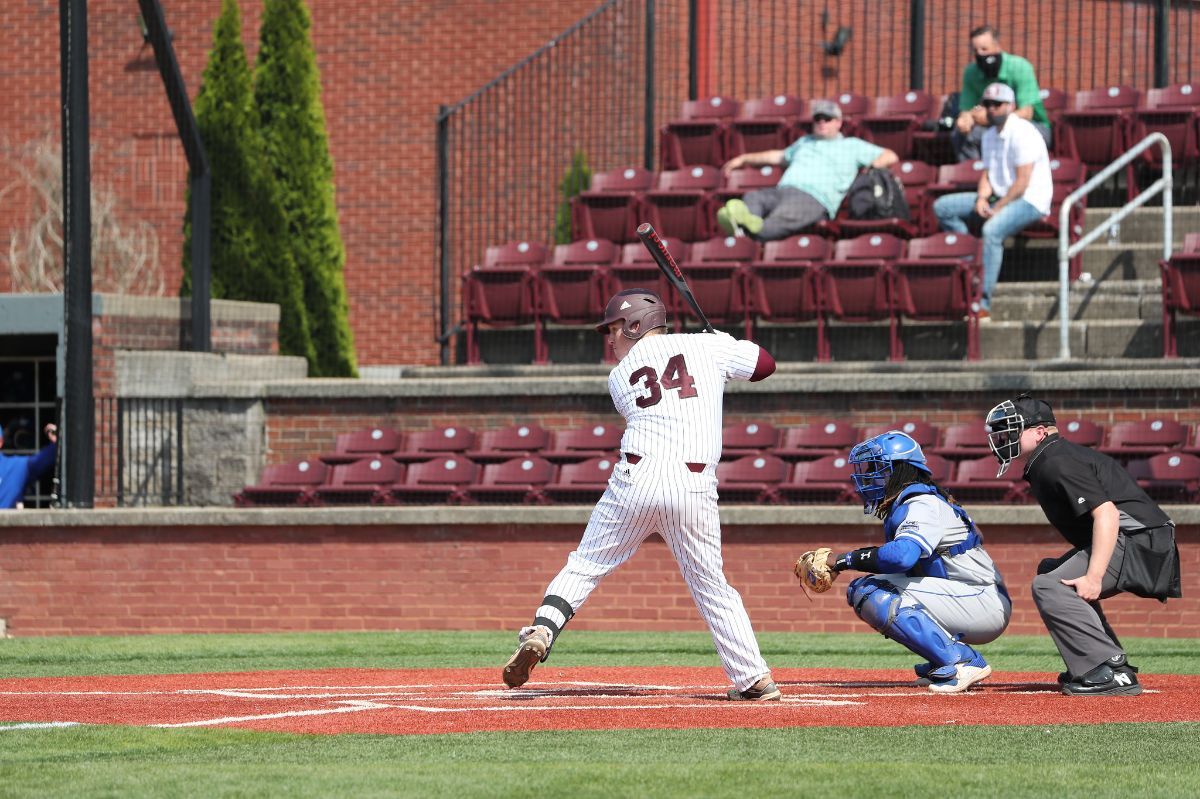 HENDERSON, Tenn.-- Cumberland baseball had control of game one until Josh Sears hit a go-ahead three-run blast in the eighth inning to give Freed-Hardeman the lead and the win. Lions would ride the momentum from the come from behind victory from game one to a 10 run third inning in game two to sweep the doubleheader and take the series.

Cumberland (19-19, 6-9 MSC) totaled 17 runs on the day as Tyler Jones went 5-9 on the day. Nolan Gazouski hit two home runs, his first two of his career. Tyler Stokes had four hits and scored four runs in the two games.

Game one started fast as the Lions pushed a run across in the first inning. Gazouski tied it in the third with his first career home run to right-center field to make it 1-1.

In the bottom half of the third, Sears broke the tie with an RBI double off the wall in left-center field to make it 2-1.

Cumberland retook the lead in the fourth as Stokes led the inning off with a triple and scored on a Pablo Custodio groundout. Andrew Martinez worked his way on and then stole second base to set up an RBI from Jones.

Freed-Hardeman ties it in the fifth inning as Zach Sanders reached on an error and then came in to score with two outs on a routine groundball that was thrown away. The Lions added to it in the sixth with a sac fly to take a 4-3 lead.

Cumberland scored five runs in the sixth inning to take an 8-4 lead all with two outs. Josh Morgan and Gazouski both drew walks, Joey Fregosi hit a double in the gap to score Morgan. Stokes reached on an error to score two runs and Custodio singled him home. Pinch-runner Corey Perkins came in to score on a wild pitch.

Freed-Hardeman chased starter Daniel Alvarez in the sixth as he finished throwing 5.2 innings and striking out seven. He gave four runs, three earned. Connor Dunnam, back off of injury, got out of the jam before running into trouble in the eighth when he was pulled with two runners on and two outs for Zavien Lindsey. Lindsey's first batter was Sears and he hit a go-ahead three-run blast to give the Lions the lead and the win in game one.

Hooper Mills got the ball on the mound for CU in game two. Mills should have got out of the inning unscaved after punching out the first two batters, but Sears again put things in motion with a double off the wall. Mills hit the next batter and issued a free pass, but got the next batter to hit a fly ball to left, but Ethan Shelton misplayed it allowing all three runners to score on the error.

Freed-Hardeman hung 10 runs in the third as Sears hit a two-run blast, Von Watson hit a home run. The Lions scored 10 runs on six hits and two Phoenix errors in the inning.

Cumberland did respond in the fourth inning as Tyler Jones hit a solo home run and Ethan Shelton hit a two-run homer to cut it to 13-3. The Lions would get one run back with a sacrifice fly in the bottom half to make it 14-3.

The Phoenix added two more runs in the fifth inning as Fregosi led off the inning with a single and Stokes hit a two-run blast to left to make it 14-5.

Cumberland wouldn't get anything going in the seventh and lost 14-9.

Cumberland will be back in action on Tuesday at home against Reinhardt.