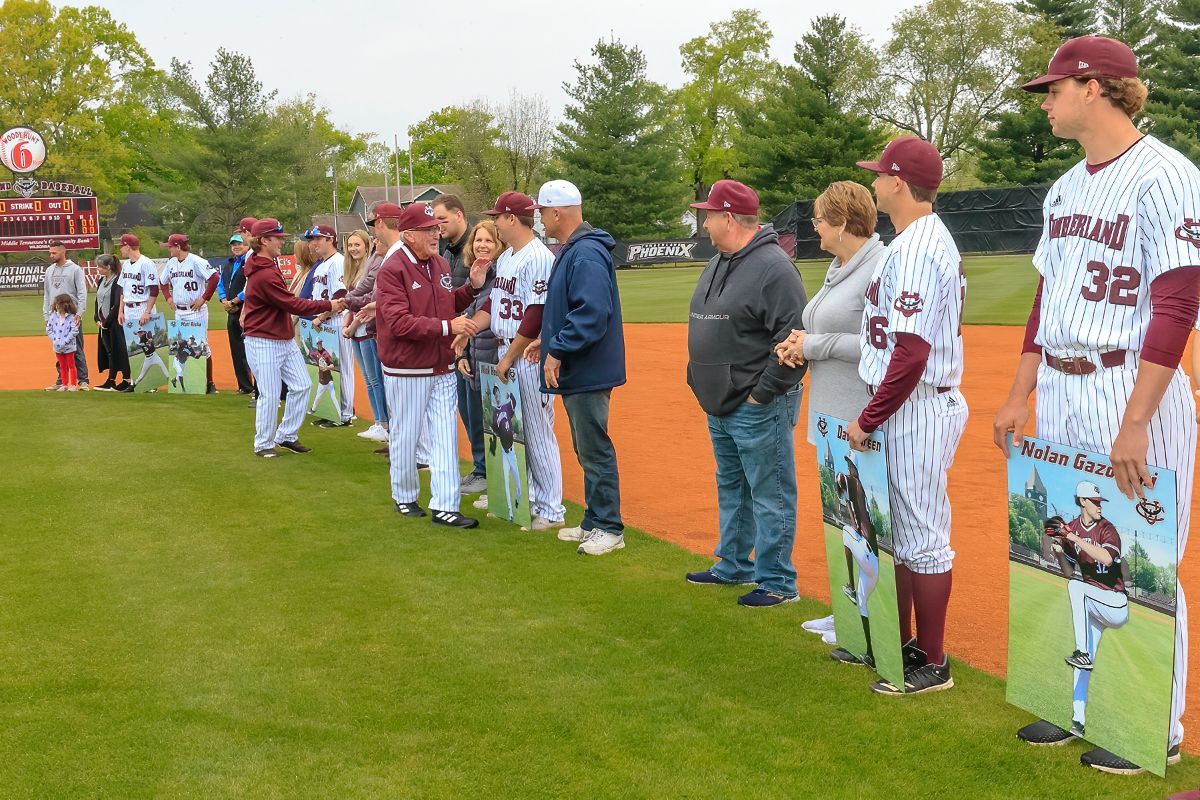 LEBANON, Tenn.--Poor pitching leads to game one loss the second game of the doubleheader has been halted due to darkness. The game will resume in the bottom of the sixth inning with the Phoenix trailing 8-1 with bases loaded. Cumberland honored 20 seniors on the field before the game.

Daniel Alvarez received the start on the mound and only went 2.2 innings before being relived. Alvarez gave up seven hits and four runs. Jordan Burdette could not complete an inning only getting two outs but gave up four runs. Kaleb Vaughn as well just recorded one out and gave up three runs. Brad Smith threw the final 3.1 innings giving three runs, one earned, and striking out three.

Randy Guevarez hit an RBI double in the second to put the Wildcats on the board. They added one more in the inning on RBI groundout to score Juan Torres.

The Wildcats scored two runs in the third with two outs after a throwing error. Ruber Medina reached on the error allowing Sebastian Cortes to score and Torres knocked in Medina two batters later to give Bethel a 4-0 lead.

Custodio hit his first home run in the bottom of the third to cut the deficit in half, but Bethel hung seven runs in the fourth inning facing three different Cumberland pitchers.

CU got one run back in the bottom half of the fourth on a wild pitch to cut it to 11-3, but the Wildcats answered in the top of the fifth with a sac fly.

Custodio hit his second home run of the game in the fifth. The solo shot cut the score to 12-4, but Bethel scored two runs in the sixth to run-rule the Phoenix in game one 14-4.

Bethel got up on the Phoenix early in game two scoring four runs in the second inning. The Wildcats added to the lead with two runs in the third inning.

The scores stayed at 6-0 until the sixth inning when Torres hit a two-out, two-RBI single. Cumberland scored one run after two Bethel errors in the bottom half of the inning. The Phoenix now have the bases loaded with two outs and Andrew Martinez at-bat when play resumes.

Cumberland will honor legendary head coach Woody Hunt tomorrow rain or shine. If the game gets postponed due to rain the ceremony will take place in the Dallas Floyd Phoenix Arena at 11:00 a.m. There will be a pre-radio show at 10:00 a.m. with Cumberland hall of famer's Tommy Bryan and Mitch Walters.