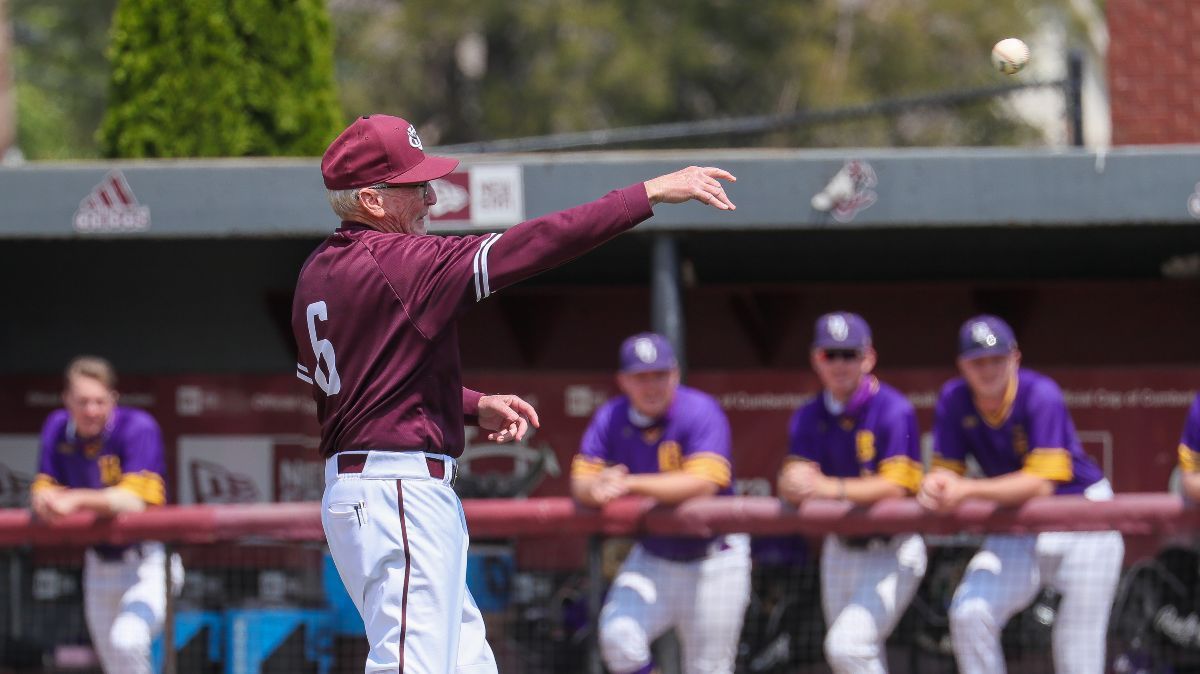 LEBANON, Tenn.--Cumberland baseball dominated from the opening pitch in a 11-1 run rule victory over the Bethel Wildcats in hall of fame coach Woody Hunt's final home game of his career.

Cumberland (22-21, 7-11 MSC) was clicking on all cylinders scoring 11 runs, making no errors behind the pitcher and a complete game on the mound.

Payton Rice (5-3) threw a complete game scattering seven hits and giving up one run. Rice had one rough inning where he limited the Wildcats to just one run on four hits in the inning. Rice struck out four batters and retired 11 straight batters at one point in the game.

Andrew Martinez had a big day at the plate going 3-for-3 scoring four runs. Martinez was a triple shy of the cycle. Tyler Stokes hit his 19th home run of the season. Tyler Jones and Nathan Vaughn each picked up two hits.

Martinez led off the game with a double and came in to score on an RBI-single from Jones to give the Phoenix an early 1-0 lead.

The Phoenix added a run in the third as Martinez hit the first pitch he saw over the right field fence.

In the fifth, Cumberland added two runs as Martinez drew a bases loaded walk and Jones reached on a fielding error which allowed Vaughn to score.

In the sixth inning with two outs, Martinez beat out a ground ball to the second baseman which kept the inning alive and scored Nolan Gazouski. After a pitching change, Tyler Stokes hit the first pitch he saw over the right-center field fence for three more runs and an 8-0 lead.

Bethel hit Rice around in the seventh inning as four straight base hits brought in one run.

The Phoenix scored three in the eighth to run rule the Wildcats 11-1 as Nathan Vaughn hit an RBI-single, Vaughn scored on a wild pitch, and Jones hit a ball off the fence to end the game.

Cumberland awaits the seeding for the Mid-South Conference tournament next weekend, but will be on the road for certain. Cumberland will wrap up the regular season on the road tomorrow at Indiana-Southeast at 4:00 p.m.