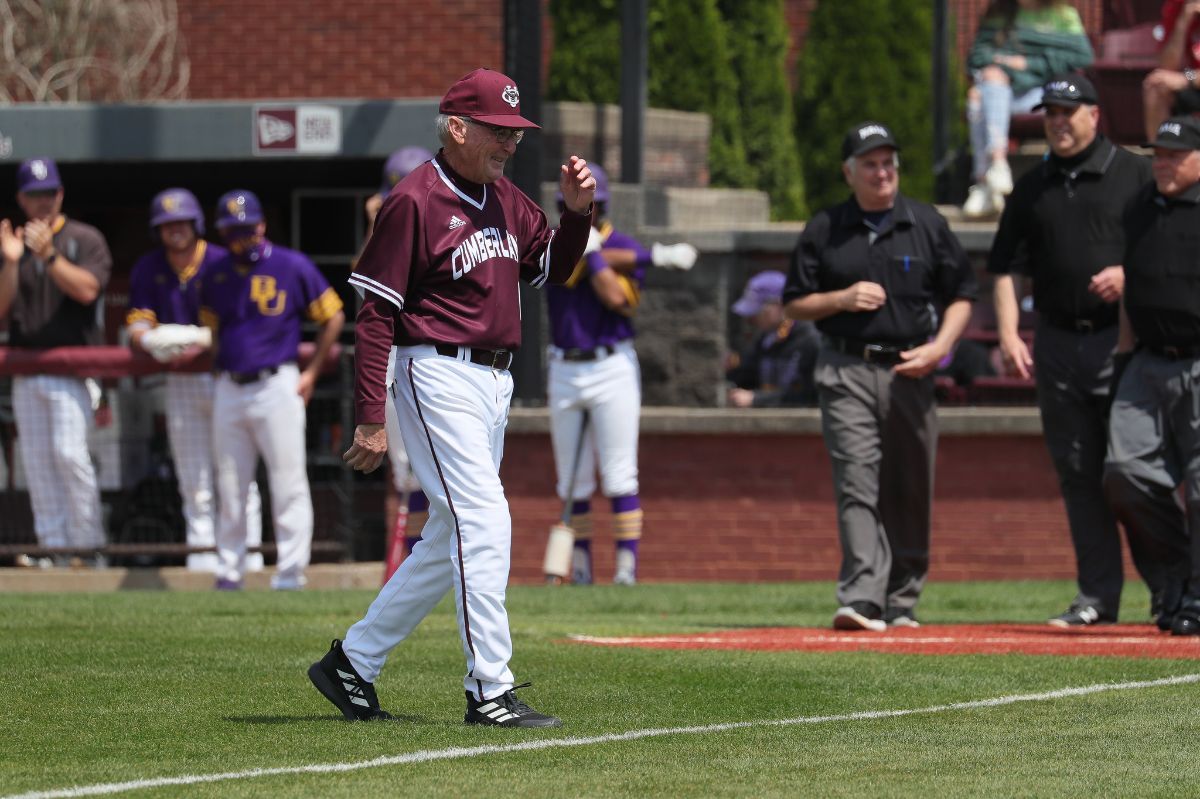 MCKENZIE, Tenn.--Legendary baseball coach Woody Hunt's storied career comes to a close after 41 seasons at t he helm of Cumberland baseball as Bethel sweeps the Mid-South Conference Opening Round with a pair of one run victories, 5-4 and 6-5.

Cumberland (22-24) dropped a pair of tough losses as starters Hooper Mills and Payton Rice both pitched well enough to win, but the Wildcats took advantage of opportunities from errors and had timely hitting to lead Bethel to Bowling Green.

In the first game of the doubleheader, Mills tossed a dandy of game with a season-high in strike outs and gave up four runs and seven hits.

The Phoenix jumped out ahead early as Andrew Martinez led off the game with a single. Tyler Stokes followed it up with a single and Pablo Custodio moved Martonez to third base with a deep fly ball. With two outs, Jose Vera poked a two-run home run over the short porch in right field to go up 3-0.

Bethel scored one run in the bottom half of the inning as Nicholas Proto hit into a fielders choice that brought in Sebastian Cortes.

Mills settled into the game well crusing through the second and third inning before giving up back-to-back solo blasts to Proto and Noah Hawkins to tie the game at 3-3 in the fourth.

The Wildcats took the lead in the fifth on an RBI single and held a 4-3 advantage until the seventh inning when Custodio hit a game-tying home run deep over the center field wall.

Mills ran into trouble with the eigth ultimately ending his game for Nick Hoefling. With the bases loaded Hoefling tossed a wild pithc that allowed the winning run to across the plate. Bethel closed out game one with their closer Giovannie Nieves who picked up the win as he tossed two innings in relief.

Rice threw game two and ran into trouble in the first inning giving up four runs after the Wildcats reached base on the first two batters getting on base from errors. Cortes scored the first run of the game on a wild pitch and Ruber Medina hit a three-run home run to right center.

Rice settled into the game cruising through the next five innings. Cumberland scored one run in the fourth as Juan Torres had a throwing error to allow courtesy runner Corey Perkins.

In the sixth inning, Joey Fregosi hit a clutch two out double with the bases loaded to cut into the Bethel lead 4-3 and the next batter Nolan Gazouski hit a two-RBI double to give the Phoenix a 5-4 lead.

Bethel took advantage of a Cumberland error in the seventh inning as Jake Surber hit a two-out two run go-ahead home run to go up 6-5.

The Wildcats put in Nieves again and he picked his ninth save of the season cruising through the final four outs to allow Bethel to advance to the Mid-South Conference tournament in Bowling Green.

Cumberland's season comes to end and with it the end of the Woody Hunt era for Cumberland baseball.