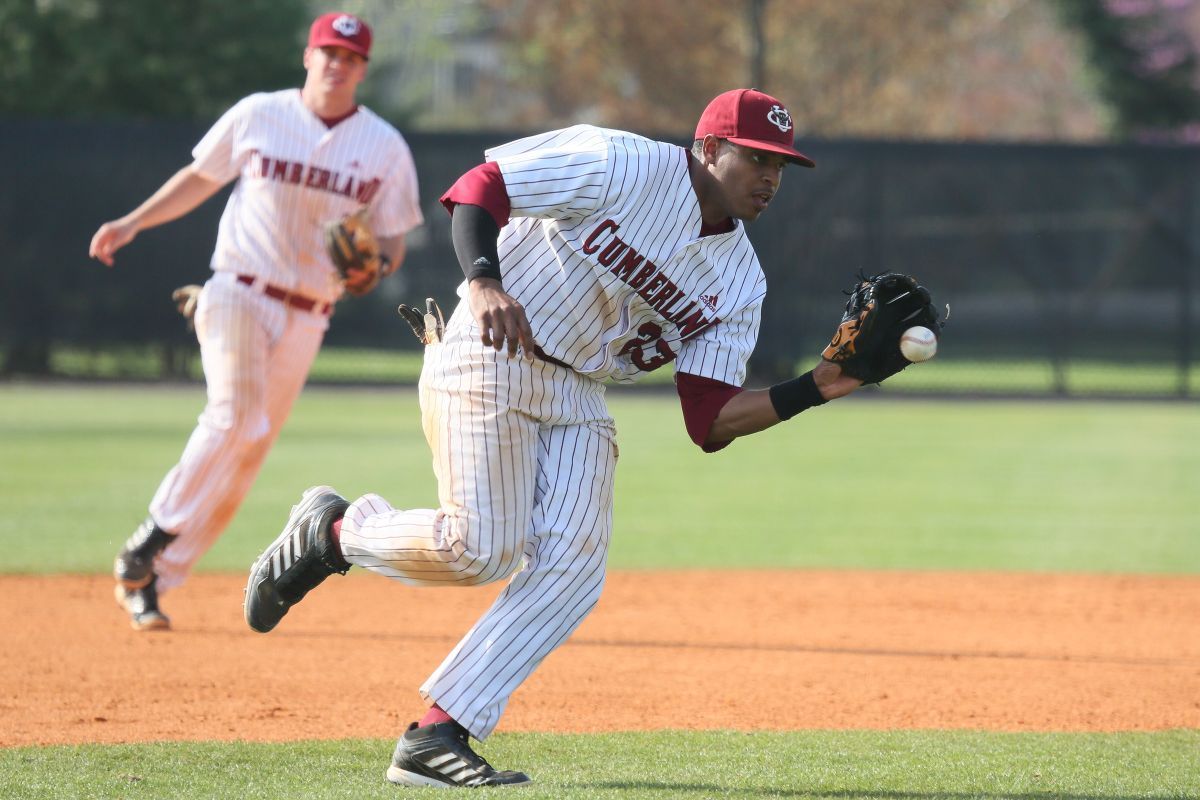 Former All-American Ricky Coleman making a play at third base in the 2014 season. (Credit: Steve Wampler)

LEBANON, Tenn.--Former Cumberland baseball All-American Ricky Coleman is suffering from kidney failure and is in need of help.

Earlier in the year, Ricky began struggling with an unknown illness.  After multiple tests, doctor's visits, and opinions, medical experts decided that his kidneys were functioning at 70% capacity. Doctors prescribed Coleman medicine to help improve his condition, but it only made him feel worse than before.

Since then it has taken an even worse turn and Coleman has been bedridden in a hospital for the second straight week undergoing daily dialysis treatments. Coleman is not allowed visitors as he is immunocompromised. He will undergo one more week of dialysis before hopefully returning to his home.

Currently, his kidneys are operating below 50% meaning that he will need a kidney transplant as soon as he can possibly get one. He is currently on the list to receive a transplant, but that process can take years before a donor can appear. Luckily, there are some programs in place to speed up that process. Here is a link to some information about kidney donation programs.

Coleman spent three years at Cumberland University, only playing on the National Championship team in 2014. Coleman was redshirted in 2013 and finished out his degree in 2015. Coleman earned Second Team NAIA All-American en route to the championship. The first half of the season he spent in the outfield before playing third base in the final 39 games. The Nashville, Tenn., native batted .381 with 24 doubles (No. 5 in the nation), four homers, and 58 RBIs. He scored a team-leading 76 runs (fourth-most in the country) and registered 30 multi-hit and 15 multi-RBI outings. Coleman finished the year with 99 hits in 68 games.

Former teammates Garrett Treadwell and Matt Sedgwick have started a gofundme page to help Coleman find a kidney and pay for medical expenses.

Treadwell said about Coleman on the GoFundMe page, "Ricky and I were roommates for two years and they were two of the best years of my life. Over those years we spent together I was able to learn more about Ricky, how much respect he had in his community, among his family and friends. Not only did he play a key role on our team, but he also played a key role in his family unit too. Ricky would give you the shirt off of his back in the middle of a blizzard and now it is time that we give him the shirts off our backs."

Hall of fame coach Woody Hunt said, "Ricky was a great player on a great team. He was a big part of our national championship team. Ricky is a good guy, a good teammate, and just a good person. He was very popular with his teammates, he is very loved in our program. Our prayers go out to him and his family as he faces the biggest challenge in his life."

Hunt went on to say one thing in particular sticks out to him when he hears Ricky's name and that is the slow roller that Coleman fielded and fired to first base for the final out of the 2014 NAIA National Championship.