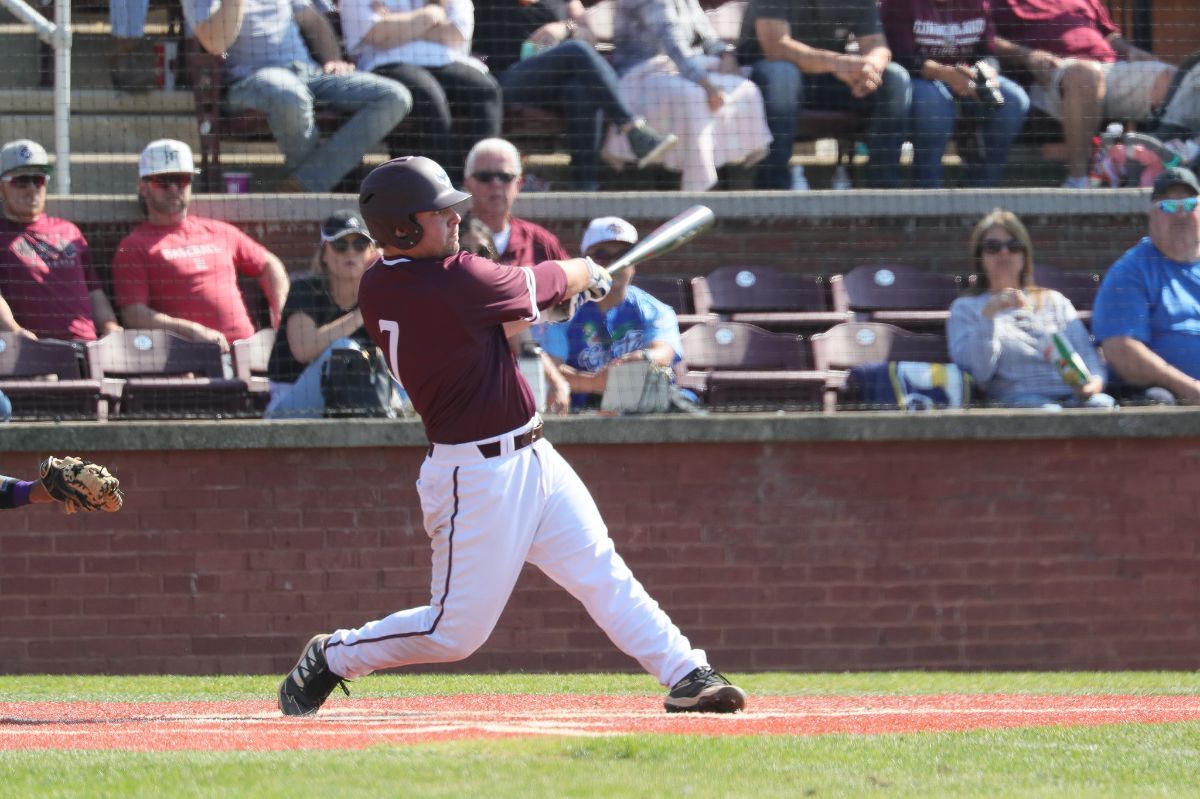 The #10 ranked Pilots showed their strengths in their pitching staff by collecting 23 strikeouts with 15 of them coming in game two.

Cumberland struggled to get the bats going early in game one against LSU Shreveport. The Phoenix recorded three hits and seven walks while the Pilots collected 12 hits and three walks.

Trevor Muzzi got the start for the Phoenix in game one pitching two and 2/3 innings giving up six runs on six hits while recording three strikeouts. Santrel Farmer, Jayden Hanna, and Nolan Machibroda each recorded a hit in the contest.

After a quick 1-2-3 inning from Muzzi in the first, The Pilots hitters locked in for the second inning getting a lead off triple followed up immediately by a 2-run home run from Josh Wunnenber to give the Pilots a 2-0 lead.

The Pilots kept their foot on the gas in the third with back to back homeruns. Wunnenber hit his second homer of the day, this time being a 3-run blast to center. The very next batter Zyon Avery hit a solo shot to right to help extend the Pilot lead to 8-0 while forcing a pitching change.

A walk and a hit by pitch set up a two run single from Ryan Major to give LSU Shreveport a 10-0 lead over the Phoenix.

Cumberland had a great scoring opportunity in the sixth as they found themselves with bases loaded with only one out. Chewy Sanders came up to the plate and hit a line drive to second base that was dropped on the transfer helping Hanna cross home plate scoring from third giving the Phoenix their first run of the year. Unfortunately Cumberland was caught in a rundown between second and third ending the inning bringing the score to 10-1.

Beiker Fuentes shut down the Pilots in the bottom of the sixth bringing the Phoenix into the final frame. Cumberland started off the top of the seventh with three straight walks making it bases loaded with nobody out. Farmer came through with an RBI single up the middle followed by a fielder's choice RBI from Hanna bringing the score to 10-3. The Pilots went on to strand two Phoenix runners on base to end the game giving LSU Shreveport a 10-3 win in game one over the Phoenix.

Mitch Rogers got the ball in game two and got off to a quick start by providing two scoreless innings.

Rogers found himself in trouble after three hit batters led to a deep sacrifice fly to center field by Pineyro that gave Shreveport a 1-0 lead. Rogers was able to get out of the inning with minimal damage stranding two pilot runners on base.

Cumberland made a pitching change in the bottom of the fourth going to left handed pitcher Alex Smith out of the pen. Smith gave up a home run against his first batter Avery for his second home run of the day. Smith bounced back quickly getting two flyouts and a pick off.

The wheels started to fall off for the Phoenix in the bottom of the fifth inning. Cumberland walked four batters, threw three wild pitches, and recorded three errors leading to four Pilot runs in the inning. Freshman pitcher Will Graves entered the game and forced a groundout to put an end to what seemed like a never ending inning.

Graves stayed in the game for the sixth recording a strikeout and fly out before giving up a solo home run to Nathan Beyer extending their lead to 7-0.

A three up three down top half of the seventh ended the game and gave LSU Shreveport a 7-0 win in game two.

Cumberland will be back in action tomorrow for more double header action against the Pilots starting at 11:00 a.m.