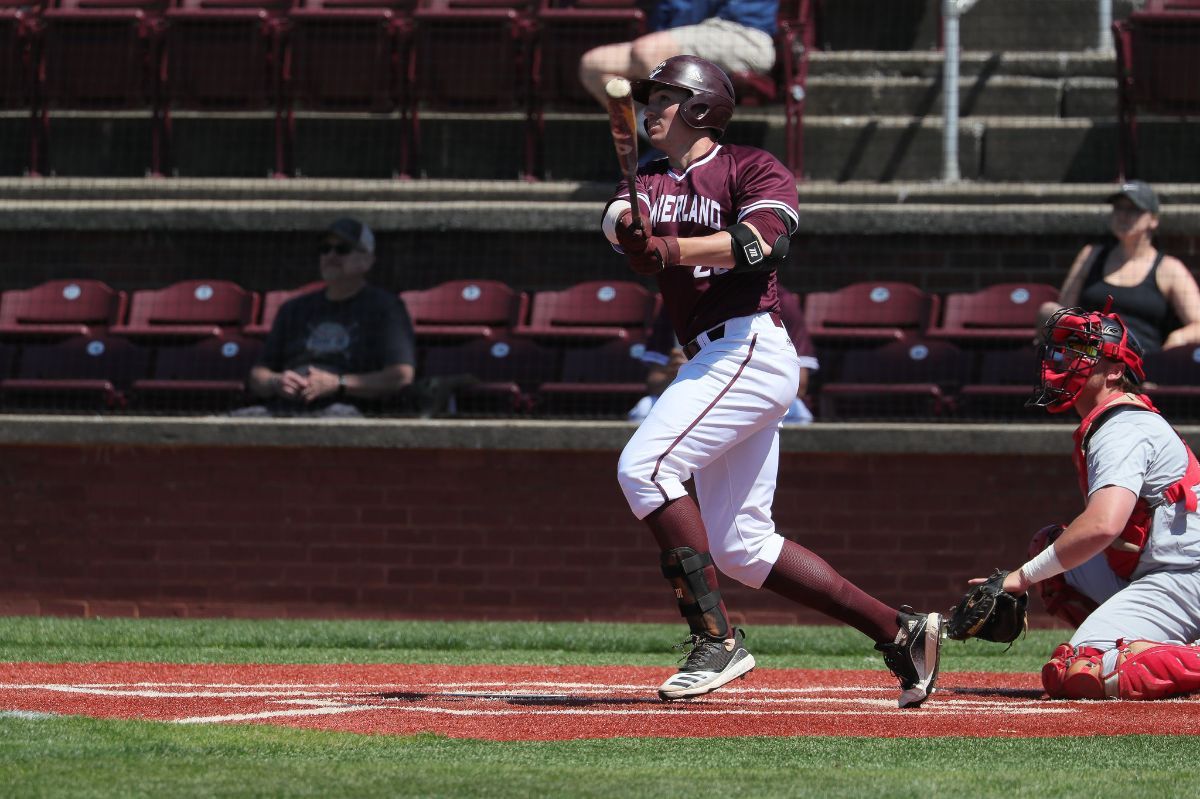 SHREVEPORT, La.-- Cumberland dropped both games against the 10th-ranked LSU Shreveport today, giving the Pilots the series sweep in the opening weekend.

Cumberland (0-4) struggled to slow down the long ball again today against #10 LSU Shreveport (4-0). The Pilots hit three home runs today with runners on base. Cumberland's offense came alive in game one with two home runs coming from catcher Angel Mendoza.

Home runs and walks played a huge factor for both teams in game one. Cumberland hitters walked a total of ten times with two hit batters while the Pilots collected six walks and one hit batter.

Mendoza had a huge game in his debut for the Phoenix hitting two home runs with four RBI's.

Cole Eigenhuis got the start on the mound for Cumberland only throwing two innings giving up seven earned runs on three hits and four walks. Wyatt Folsom was first in relief throwing three innings while shutting down a strong Pilot offense through the fourth and fifth inning. Folsom recorded six outs in only six batters faced during the stretch. Ian Haigh came in to pitch for the Phoenix in the sixth tallying one strikeout, one earned run, and a walk.

Cumberland flashed some leather early in the first inning of the game. The second batter sent a deep fly ball to left center field but it was Santrel Farmer who made a run saving catch while crashing into the wall. A single and a walk loaded the bases for LSU Shreveport bringing Josh Wunnenber to the plate. Wunnenber sent a deep drive out to left center field to clear the bases for a grand slam and his third home run of the weekend.

Cumberland's offense woke up in the second inning after a one out walk put Machibroda on base. Shelton grounded out into a fielder's choice advancing Machibroda to second on the play bringing up Mendoza. On the very first pitch of Mendoza's Cumberland career he sent a two-run home run over the left field wall for the Phoenix's first home run of the early season. Glover got himself out of the inning but not before Cumberland cut the lead down to 4-2.

The Pilots responded quickly after back to back walks led to a 3-run home run by Allbry Major giving LSU Shreveport a 7-2 lead over the Phoenix.

Shreveport piled on four more runs in the bottom of the third after a couple of walks, a double, and a pair of sacrifice flies bringing the score to 11-2.

The Phoenix found themselves with bases loaded and two outs in the top of the fourth looking to do some damage. Back to back walks and  a wild pitch brought home two runs before Stokes' 2-RBI single scored two more making it an 11-6 game.

Cumberland continued to fight in the top of the fifth after a lead off walk led to Mendoza hitting his second 2-run home run of the game.

Things started getting very interesting for the Phoenix in the top of the sixth as they found themselves with bases loaded and no outs. Guitreau got the call out of the pen for the Pilots and shut the scare down for Cumberland by striking out six of the seven batters he faced in the game.

Shreveport's pitching shut down the Phoenix in game two by striking out 14 hitters and only giving up four hits. Cumberland third baseman Tyner Hughes went an impressive two for three with one RBI in the game.

LSU Shreveport struck first again in game two after a single and a double set up runners on second and third for Zyon Avery. Avery hit a single up the middle bringing in both runners to the plate to help give the Pilots an early 2-0 lead. After a deep fly out to left, Stokes was able to handle a strong line drive and quickly flip it over to first base to turn an inning ending double play.

The Pilots' big inning came in the bottom of the fourth after a walk, error, and two singles set up a 3-run home run for Zeke Maldonado. The Phoenix walked the bases loaded forcing a pitching change to James Raffauf. Unfortunately a wild pitch from Raffauf led to all runners advancing bringing in another run giving the Pilots a 7-0 lead.

Hughes finally broke up the Pilots no-hitter in the top of the fifth inning with two outs by hitting a hard line drive into left field off of the third baseman's outstretched glove.

Cumberland's offense finally broke through in the seventh. A walk and a wild pitch helped advance Ethan Shelton to second base before Tyner Hughes was able to bring him home on a RBI single. An error and a hit batter loaded the bases for Cumberland when Reid Bass got hit by a pitch to bring in the second and final run of the game.

Cumberland will travel to Mobile, Alabama next weekend to take on the University of Mobile and Midway University.