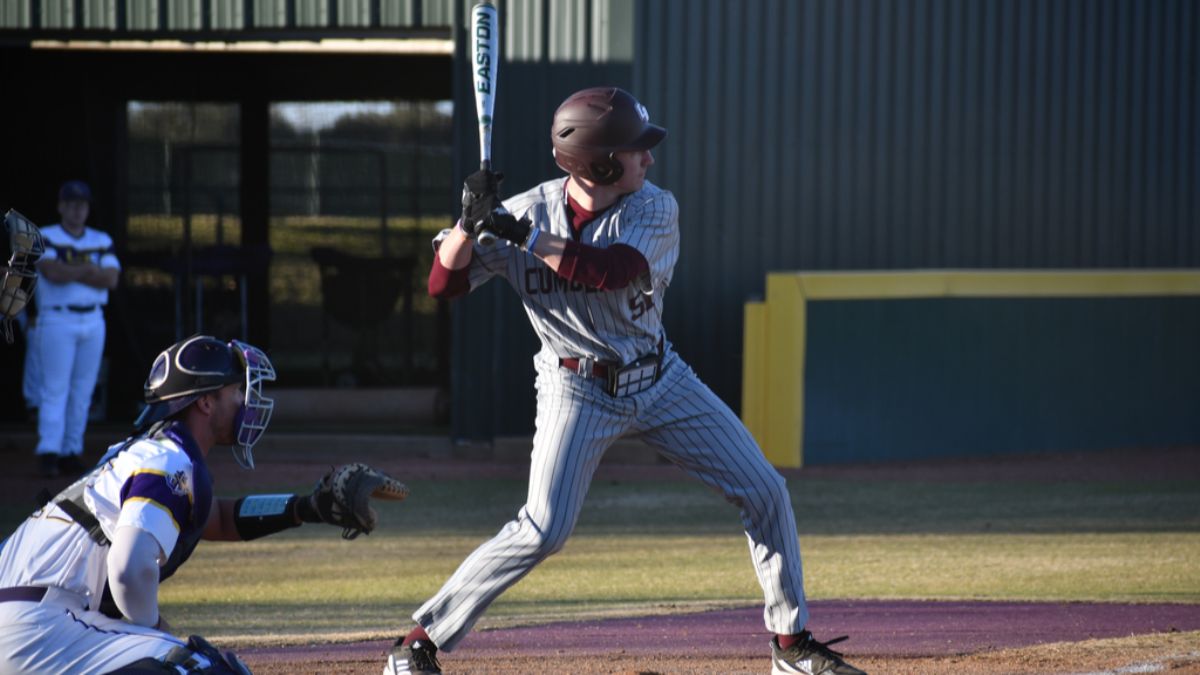 Cumberland could not get the bats going in the first game against Georgia Gwinnett, only getting three hits. The Phoenix made four errors in the contest compared to a clean game by the Grizzlies.

Hughes posted a solid performance going two for two with an RBI double and Nathan Vaughn recorded a double in the game.

Mitch Rogers got the ball for the Phoenix in game one against the Grizzlies throwing 3.2 innings while recording seven strikeouts and two earned runs.

The Grizzlies were able to strike first in the bottom of the second inning after a single and a stolen base led to an RBI single giving them an early 1-0 lead.

Cumberland responded immediately in the top of the third after back to back doubles. Vaughn ripped a double down the left field line that was followed up by Hughes sending a line drive into the right field gap tying the game at one a piece.

Georgia Gwinnett unfortunately recaptured the lead after a bases loaded two-out RBI single brought the score to 2-1. The Grizzlies were able to extend their lead in the bottom of the fifth after an RBI single with a runner on second giving them a 3-1 lead.

R. Mann got the ball out of the bullpen for the Grizzlies and shut down all six batters he faced in the final two innings to secure the save and give Georgia Gwinnett the 3-1 win.

Cumberland's bats played a factor once again in game two of the day as the Phoenix only recorded two hits in the contest.

Alex Smith put on a dominating performance in relief throwing 2 and 2/3 scoreless innings collecting five strikeouts. Santrel Farmer drove in two runs in the game on a clutch triple in the third.

Cole Eigenhuis got the start for the Phoenix in game two but struggled early and got pulled in the first inning. Daniel Alvarez came in relief and threw 1 2/3 innings only giving up one earned run. Folsom pitched after that, throwing one inning and allowing one earned run.

Georgia Gwinnett struck first again in game two after a bases loaded walk brought home the first runner of the game and forced an early pitching change to Alvarez. Alvarez was able to force a pop out against the first batter he faced to get out of the bases loaded jam.

The Grizzlies added another run in the bottom of the second inning off of a wild pitch and brought home the runner from third.

A walk and a single put two runners on for Santrel Farmer who sent a rocket line drive over the center fielder's head for a 2-RBI triple. Cole Turney helped the Phoenix claim their first lead of the day after grounding into a fielder's choice to first base bringing home Farmer from third.

The Grizzlies wasted no time responding after two singles and a walk led them to a 2-RBI single in the bottom of the third inning to retake the lead and force a pitching change to Wyatt Folsom.

Georgia Gwinnett added an insurance run in the bottom of the fourth after Bates hit a leadoff home run giving them a 5-3 lead.

Gage Williams came in relief for the Grizzlies in the fifth inning and struck out seven of the ten batters he faced to earn the save and close out the game to win 5-3.

Cumberland will be back in action tomorrow at Noon for game three against Georgia Gwinnett.