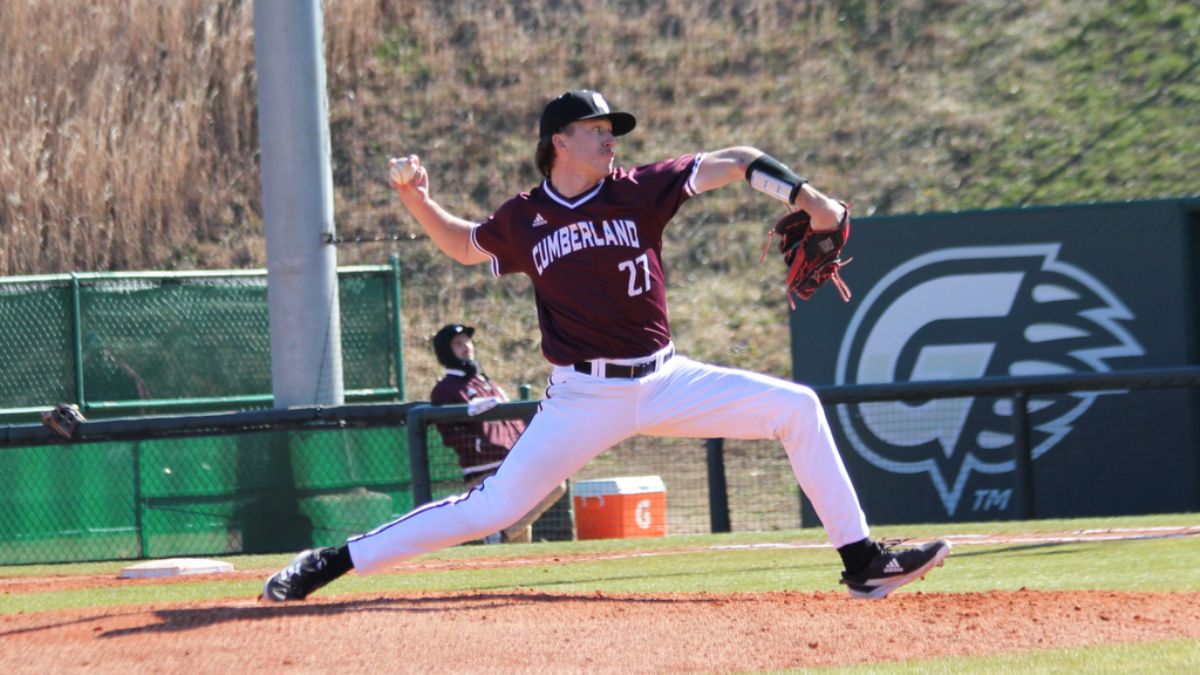 LAWRENCEVILLE, Ga.--Cumberland baseball stranded eight runners and punched out nine times in a 7-1 loss in the series finale at No. 1 Georgia Gwinnett.

Cumberland (0-7) struggled to get timely hits all weekend. Silas Butler drove in the lone Phoenix run in the seventh inning, but it was all CU could push across on Sunday.

Ian Schilling replaced Webb on the mound in the fifth and threw 2.1 giving up just one run. James Raffauf recorded just two outs giving up two runs and Kaleb Vaughn picked up the final two outs.

Georgia Gwinnett (3-0) had a solid start from Rob Hamby striking out five through six scoreless innings. Tyler Clayton tossed the next two innings giving up just one run and Alex Friesen closed it with the final three outs in the ninth.

Gwinnett pushed across two in the first as Jake Defries led the game off with a single up the middle. After he swiped second base, catcher Austin Bates roped a double down the line to score him. Courtesy runner Adam Alecia-Brooks came around to score on an RBI single from Chase Evans.

Evans led off the fourth with a single up the middle and followed that by stealing second base to set up an RBI double by JD Stubbs to extend the lead to 3-0.

Defries was hit by a pitch to start the fifth and Livinstone Morris followed that with a one out double ending the day for Webb on the mound. Schilling limited the damage as Evans hit a sacridice fly to right and forced another fly out to the next batter. GGC went up 4-0 after five.

After Gwinnett pulled starter Hamby after six complete, Cumberland started to get to the bullpen in the seventh. Tyler Stokes led off the inning with a single and Cole Turney reached on an error. Jordan Coffey struck out swinging and Ethan Shelton drew a walk pinch-hitting to load the bases. Butler pushed across Stokes with an RBI groundout. Nathan Vaughn drew a walk to load them again, but pop out by Brett Bello ended the threat with just one run scored.

The Grizzlies answered with a run in the bottom half as Defries walked, stole second, and advanced to third on a passed ball. Bates hit a sacrifice fly to score Defries and push the lead back out to four, 5-1, after seven innings.

Santrell Farmer drew a one-out walk in the eighth and Stokes hit a towering fly ball to left that outfielder Blaze O'Saban scaled the wall to pull it back in and take away a home run and keep the score at 5-1.

Gwinnett pushed across two more runs in the eight and then ended it in the ninth with a three up, three down for the 7-1 win and sweep of the Phoenix.

Cumberland will look for their first win of the season on Tuesday in their home opener against Union College at 1:00 p.m.